Will J.J. Abrams’ newest Star Wars film deliver a Death Star-sized explosion to blow up record books? Yoda may caution patience, but let’s look at what at what we know.

Hollywood has become the domain of franchises, sequels and sure bets. Star Wars: The Force Awakens is the surest bet in a decade, putting box-office prognosticators (including us!) into overdrive trying to analyze the tea leaves and give everyone an idea of just how big of a splash this movie will have. Here’s what the experts (and those who think they are) have said.

Of course, the big elephant in the room is box office. Although most industry-watchers point to 1975’s JAWS as the first summer blockbuster (and rightly so), it was actually 1977’s Star Wars (now called A New Hope, but for true believers it will always be Star Wars) that ushered in the era of blockbuster franchises as the cornerstone of Hollywood’s balance sheet. Playing for nearly nine months in theaters (an unheard-of length in today’s front-loaded release schedule), Star Wars was the first film to pass $300 million at the domestic box office, earning seven Academy Awards along the way. Adjusted for inflation, it made $1.485 billion in today’s dollars. Only Gone With the Wind has done better with $1.685 billion. (Source: Box Office Mojo). 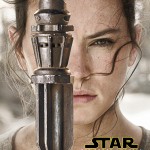 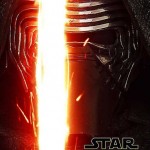 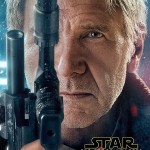 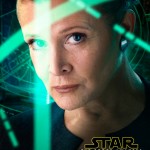 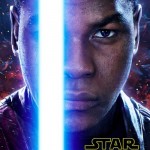 The Phantom Menace, arguably the least-loved in the saga, actually delivered the most coin to Lucasfilm (unadjusted), with $474,544 million domestic lifetime gross and $1,027 billion worldwide. Much of that can be attributed to pent-up anticipation, coming 16 years after Return of the Jedi. But the latest film, Star Wars: The Force Awakens (TFA) is being seen as a sequel to the much-loved original series instead of the prequels.

Internationally, TheWrap.com says that analysts give TFA a good chance at breaking the rarified $2 billion ranks, while The Guardian newspaper reaches even higher, claiming that $3 billion is within reach.

HOW HIGH IS AUDIENCE ANTICIPATION?

If Fandango.com and MovieTickets.com are any indication, TFA has taken the weekend of December 18 hostage, posting bigger advance ticket sales than any film in their online history. According to ComicBook.com, Fandango crashed under the weight and $6.5 million in tickets were sold at IMAX alone. According to The New York Times, AMC theaters’ site also crashed, with AMC admitting, an “unprecedented volume,” saying that it had beaten its single-day advance sales record by a factor of 10, selling out more than 1,000 shows nationwide in the first 24 hours.

And since we’re talking about breaking records, let’s talk those trailers. According to The Hollywood Reporter, the second trailer, which debuted in April, quickly became the most-viewed in history with 88 million views in the first 24 hours and 145 million the first week. That record was broken this October, though, by third TFA trailer, which clocked 128 million views in 24 hours.

But is hype outpacing reality? According to a whole lot of smart people….maybe. Recently, the chiefs of the major Hollywood studios gathered for a Hollywood Reporter roundtable, and head of Disney Studios, Alan Horn, seemed to lower expectations. “It would be a shame if our picture went out with — I’ll pick a number, $1.3 billion, $1.4 billion, $1.5 billion [in worldwide gross] — and people are disappointed. That would be a shame because …” said Horn, to which Fox’s Stacy Snider interrupted, “He’s managing expectations right now!”

Was she right? According to some insiders, the Star Wars brand doesn’t resonate nearly as well with female audiences—and considering the central character this go-round is a female, perhaps some “managing expectations” are in order. Will girlfriends, moms and wives be as excited to see this film (repeatedly) as their male counterparts? Most likely not, especially not in the droves that catapulted Titanic—and even Avatar—into stratospheric realms.

Forbes looked at outcomes from various perspectives, including a pessimistic one, which postulates that big-budget film fatigue might bring TFA’s starships down to earth a bit. If it scores a respectable $125 debut, a typical December multiplier of 3.5x would push its final boxoffice to around $440 stateside and $1.2 billion worldwide. Hardly a flop by any definition, but definitely below expectations. According to their calculation, “a December release sacrifices opening weekend records in exchange for obscene holiday-infused legs.” In that vein, Forbes’ more “realistic” prediction tags the film at over $500 million domestic and between $1.3 – $1.6 billion worldwide.

And even though back in June, according to Cinemablend.com, Morgan Stanley estimated the film might earn up to $750 million domestically, there are things to consider. Such as the fact that many countries are not as keen on the Star Wars franchise as we are here in the states. China, for example, has never been a giant marketplace for the films. According to The Wrap, TFA hasn’t even been approved to show in China yet! It will likely receive approval for January showings, but it’s worth noting that many international marketplaces still need to be introduced to Star Wars. It’s not a generational touch point to all countries. 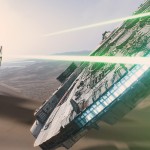 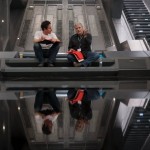 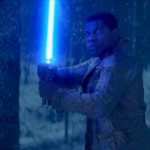 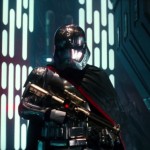 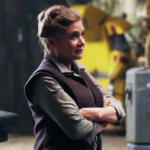 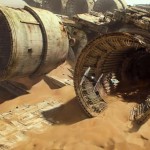 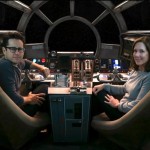 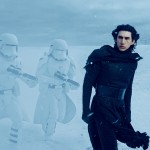 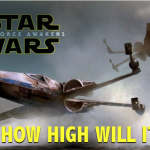 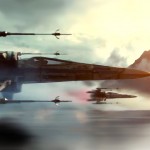 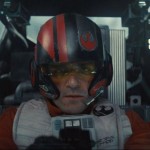 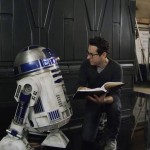 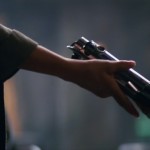 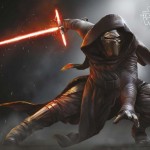 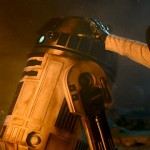 OF COURSE, nobody really knows nuthin’ when it comes to predicting numbers. Jurassic World outperformed by nearly $100 million on opening weekend. Nowhere is anyone suggesting that The Force Awakens will bomb, although some media types are itching to say that Disney’s $4 billion acquisition of Lucasfilm was a mistake. But on the other side, some are predicting $5 billion in licensing and merchandising sales alone!

What’s our prediction? We think the facts and history lean toward a spectacular debut of $215 million domestic and over $525 million worldwide, but not quite $600 million. Once China and the remaining territories open the film, we should see a final tally close to $2 billion. We are definitely HOPING The Force Awakens blazes across the charts, breaking records and generating a million headlines. We hope our predictions are low. Because nothing’s quite as exciting as being in the middle of Star Wars as it breaks records and changes the culture.

There are hundreds of analysts and pundits and number-crunchers who can give the latest updates, but for us, it’s a bit more simple: it’s our gut. We’ve got a feeling. Or, as Obi Wan says, we’ve “let go of our conscious self, instead, acting on instinct. ” I think that’s about as good a prediction as it gets.

8 thoughts on “ANALYSIS: REALISTICALLY, HOW BIG WILL STAR WARS: THE FORCE AWAKENS BE?”