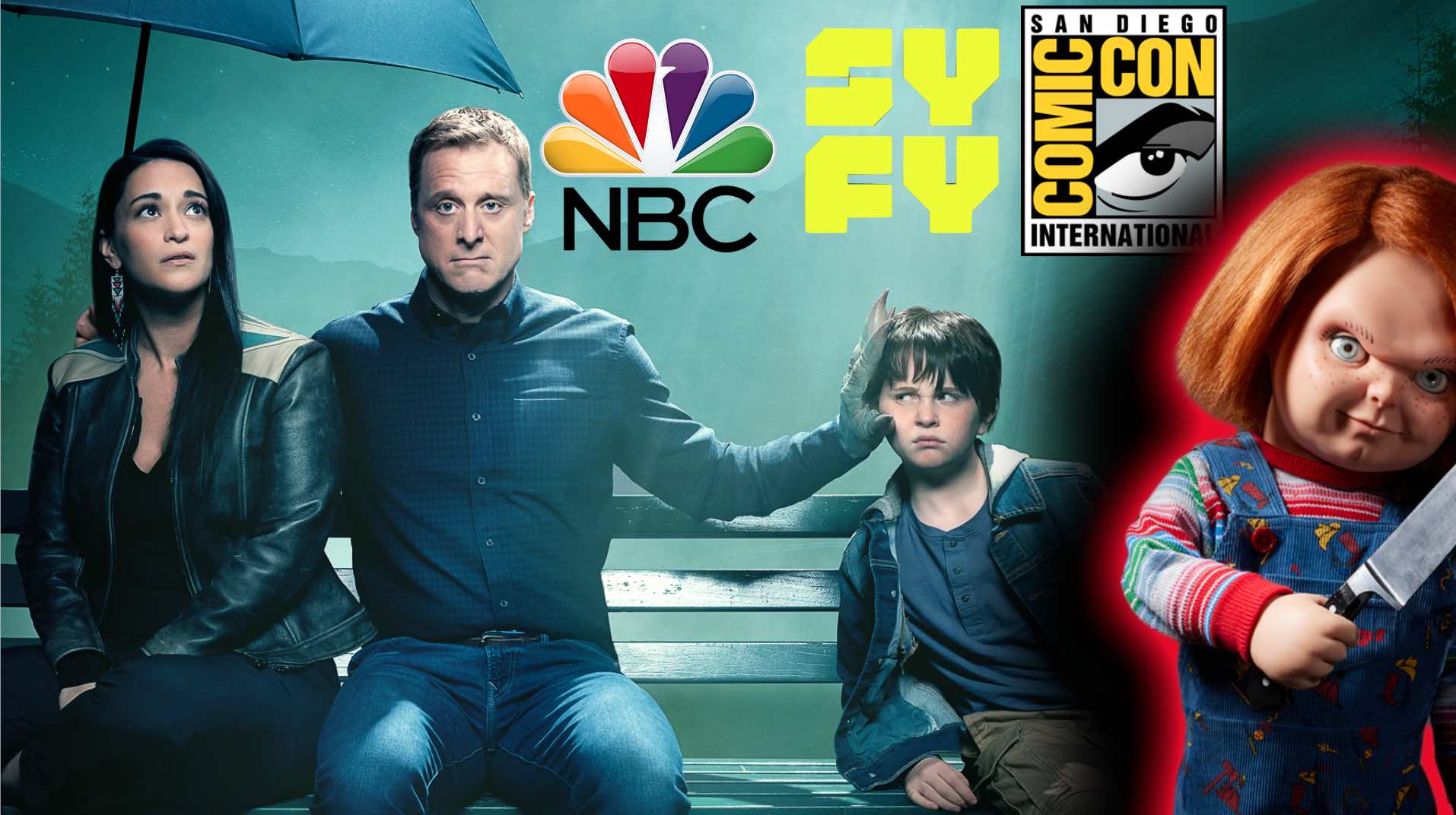 NBC-UNIVERSAL, which includes Syfy and USA, is bringing panels and screenings to San Diego with cast and producers of Peacock’s new shows “Vampire Academy,” “The Resort,” “The End is Nye,” plus SYFY’S “Resident Alien,” and “Reginald the Vampire,” and USA Network/SYFY Fan Favorite “Chucky.” PLUS, fans will get a chance to immerse themselves in an offsite dedicated to some of the best shows from TV’s past, including “Third Rock from the Sun”!

Here’s everything fans can expect:

NBCUniversal is set to take over Gaslamp Plaza with the NBCU Corner @ SDCC, featuring content from entertainment television and streaming platforms NBC, Peacock, SYFY, and USA Network. The immersive fan hub is a space where attendees can relax and recharge in-between panels with fun photo moments from new and returning NBCU shows, view custom NBCU content from the shaded viewing lawn and be rewarded with exclusive surprise giveaways throughout the weekend. 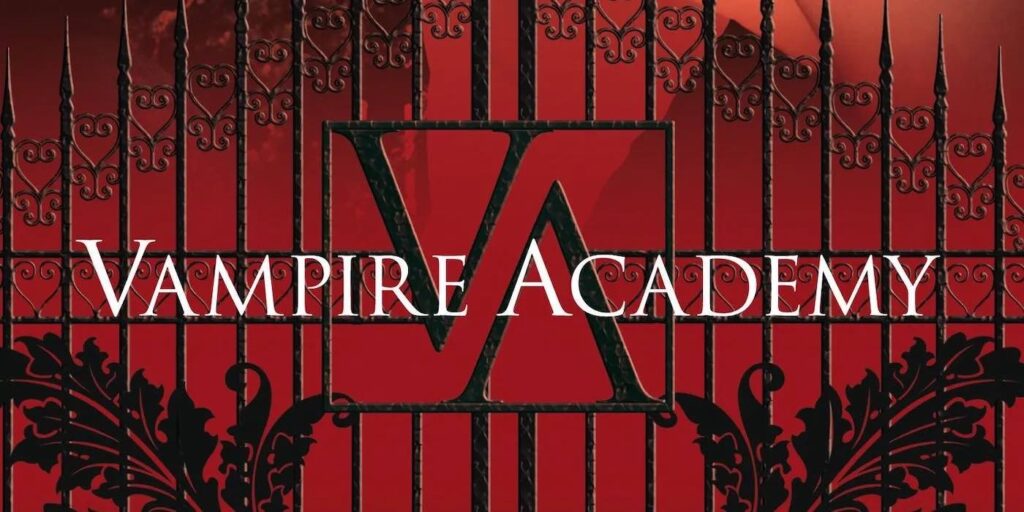 2:45 p.m. – 3:45 p.m.: Hilton San Diego Bayfront, Indigo Ballroom
Comic-Con: A Glimpse Into the World of Peacock Original Supernatural YA Drama Series “Vampire Academy”
Showrunners and executive producers Julie Plec (“The Vampire Diaries,” “The Originals,” “Legacies”) and Marguerite MacIntyre (“The Originals,” “Legacies”) will join series regulars Sisi Stringer (Rose Hathaway), Daniela Nieves (Lissa Dragomir), Kieron Moore (Dimitri Belikov) and Andre Dae Kim (Christian Ozera) to discuss Peacock’s highly anticipated “Vampire Academy,” based on the international bestselling book series — a story of friendship, romance and danger. In a world of privilege and glamour, two young women’s friendship transcends their strikingly different classes as they prepare to complete their education and enter vampire society. One as a powerful Royal, the other a half-vampire Guardian trained to protect against the savage Strigoi who threaten to tear their society apart. That is if Royal infighting doesn’t do the job first. Cast will partake in a Q&A live panel and give an exclusive first look moderated by Entertainment Weekly’s Sydney Bucksbaum. The series is from Universal Television and will premiere on Peacock Sept. 15.

.
4:15-5 p.m. in Room 6A
“The End is Nye”
Bill Nye the Science Guy is back and hosting an all-new science disaster series “The End is Nye” with co-creators Seth MacFarlane and Brannon Braga. Each episode of the Peacock series explores an epic global disaster with engaging VFX spectacles, then demystifies them using science to show how we can survive, mitigate, and even prevent them. Sprinkled with MacFarlane’s signature humor, this extremely timely series explores end-of-the-world scenarios with Nye at the center of it all. Join executive producer Bill Nye, showrunner/EP Brannon Braga (“Star Trek,” “The Orville,” “Books of Blood”) and executive producer Erica Huggins (President, Fuzzy Door) as they debut the official trailer and share an exclusive sneak peek at their new Peacock series from Universal Television Alternative Studio and UCP. “The End is Nye” will premiere on Peacock Aug. 25.
. 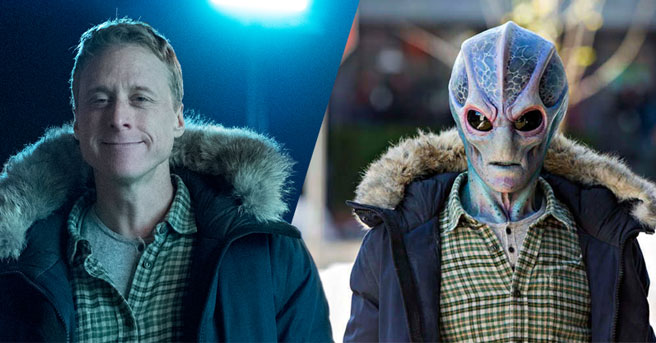 4:15-5:15 p.m.: Hilton San Diego Bayfront, Indigo Ballroom
SYFY’s “Resident Alien” Invades Your Con
The cast of “Resident Alien” — Alan Tudyk, Sara Tomko, Corey Reynolds, Alice Wetterlund, Levi Fiehler, Elizabeth Bowen and Judah Prehn – as well as executive producer/showrunner Chris Sheridan, come together for the first time on the same stage to answer your burning questions and give you an out-of-this-world exclusive look into the season two return on Aug. 10 on SYFY. Moderated by “Ancient Aliens” star and co-executive producer (and “Resident Alien” guest star) Giorgio A. Tsoukalos. The series is from UCP..

5:30-6:30 p.m.: Hilton San Diego Bayfront, Indigo Ballroom
World Premiere of Peacock and UCP’s “The Resort”
Join creator Andy Siara (“Palm Springs”) and castmates William Jackson Harper (“The Good Place,” “The Underground Railroad”), Cristin Milioti (“Palm Springs,” “Made for Love”), Nina Bloomgarden (“Hot Pink”), and Luis Gerardo Méndez (“Narcos: Mexico”) for a special screening and conversation as they premiere the highly anticipated mystery thriller “The Resort.” “The Resort” is a multi-generational coming-of-age love story disguised as a fast-paced mystery about the disappointment of time. An anniversary trip puts a marriage to the test when the couple finds themselves embroiled in one of the Yucatan’s most bizarre unsolved mysteries that took place fifteen years prior. The series from UCP will premiere July 28 on Peacock.

6:45-7:45 p.m.: Hilton San Diego Bayfront, Indigo Ballroom
Back with a Vengeance: “Chucky”
He’s your friend ‘till the very end! Join “Chucky” creator/executive producer Don Mancini and surprise guests for a can’t-miss conversation moderated by TV Guide Magazine’s Damian Holbrook and a behind-the-scenes look at season two returning this October on USA Network & SYFY. The hit series is from UCP.
. 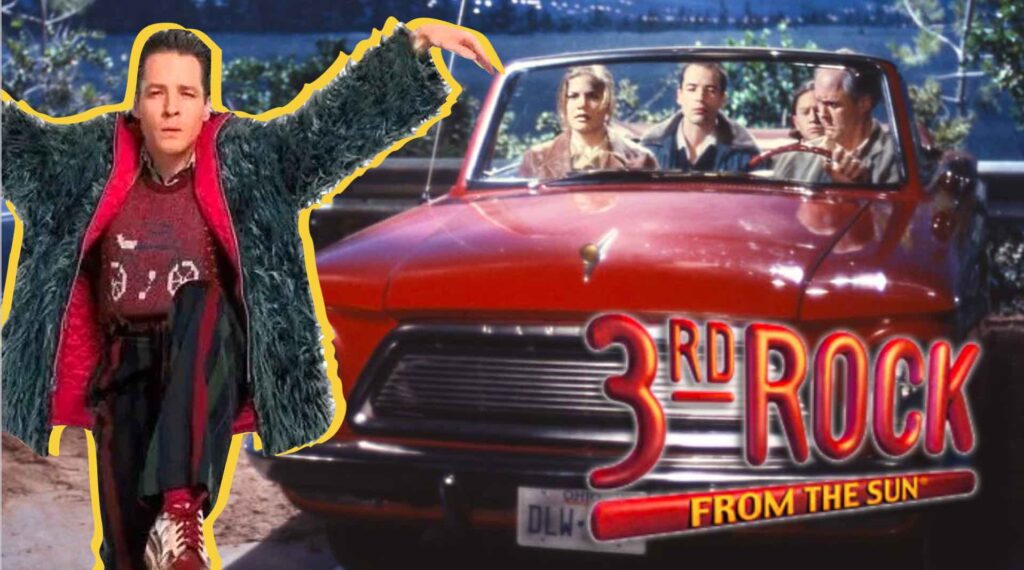 Thursday, July 21-Sunday, July 24: 10 a.m.-6 p.m. on the MLK Promenade (behind the Omni Hotel)
Comic-Con attendees can visit many of TV’s most iconic characters with COZI TV’s Iconic Characters exhibit. The exhibit will be highlighted by a genuine 1962 AMC Rambler American 400, just like the red convertible featured in the Emmy-winning “3rd Rock from the Sun,” and an appearance on Friday, July 22 by actor and comedian French Stewart, who played the character Harry Solomon on the hit comedy. Eligible fans will be able to enter for a chance to win the fully restored classic car through the COZI TV 3rd Rock Rambler Sweepstakes, which anyone is available to enter at COZITV.com now through Aug. 31. COZI TV, NBCUniversal Local’s national multicast network that delivers the all-time best shows and pop culture favorites such as “The Munsters,” “The Nanny” and “Roseanne.”