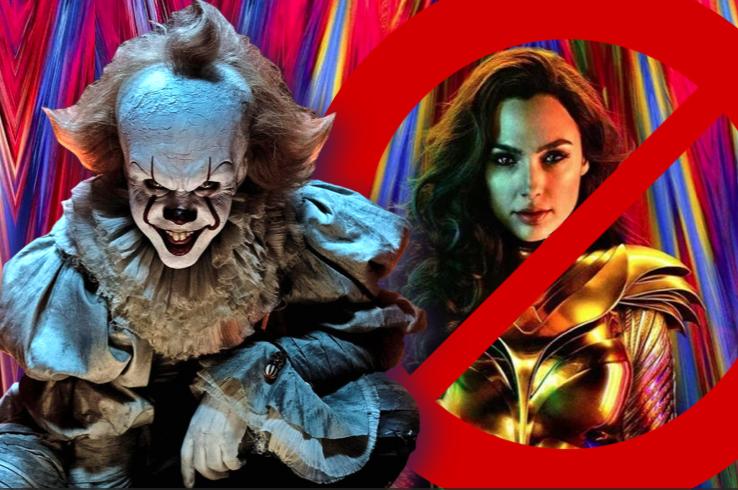 Okay, okay, clutch your pearls and grab the smelling salts–for the first time in recent memory, Warner Bros will not be holding a massive Hall H panel at San Diego Comic-Con. It will, however, still host a Scare-Diego offsite panel to promote its upcoming horror fare, including the highly anticipated IT Chapter 2. This is bigger news than HBO skipping last year.

As first reported by IGN, “WB will be specifically focusing on its horror movie slate during the yearly convention, foregoing any sort of Hall H panel presence as has been a staple in years past. As a result, WB will not be spotlighting its upcoming superhero slate as it has in previous years, with the studio’s Hall H panel having showings of Wonder Woman 1984 and Shazam in 2018.”

So, what does this mean? Well, for starters, there’s on open spot at 11 a.m. Saturday morning in Hall H this year. What can fill it? If past Cons are any indication, the Friday night slot will be filled by Lucasfilm, with STAR WARS: THE RISE OF SKYWALKER, taking over Hall H in an attempt to win back the fans who were turned off by Rian Johnson’s divisive The Last Jedi. If the stars align, we hope that Saturday night will see the triumphant return of MARVEL STUDIOS, with a Kevin Feige-led panel to announce the next phase of the Marvel Cinematic Universe. We suspect that The Walking Dead, beleaguered as it is, will likely nab a Saturday afternoon spot, along with a big panel from HBO, perhaps returning with either a Game of Thrones salute or a Westworld preview (or both!). That leaves a big gap on Saturday morning, usually the most reliable spot in the schedule. My guess would be that maybe–just maybe–we’ll get a Disney+ panel, featuring Jon Favreau’s massively epic new live-action Star Wars series THE MANDALORIAN. It will be joined onstage by a slew of Marvel stars, such as Tom Hiddleston, Scarlett Johanssen, Sabastian Stan, Anthony Mackie, Elizabeth Olsen and Paul Bettany who will likely be promoting their big new Disney+ limited series–Loki, Black Widow, Falcon and Winter Soldier, WandaVision (weird name). Disney is going BIG with their new streaming service, and it makes a lot of sense to showcase it in a very big way. AND, if Marvel Studios is holding a Hall H panel that Saturday night, then a number of these stars will likely already be in town for Marvel’s big phase IV announcements.

WHY IS WARNER BRO SKIPPING?

Of course, the question that begs an answer is “Why”? After such a long partnership, why would Warners bail on San Diego Comic-Con’s 50th anniversary year? There are a couple of possible reasons, actually.

So those are our best guesses as to why Warner Bros aren’t coming this year. It sucks, but hey — maybe Saturday’s line won’t be the all-night campout it usually is…. hmm, wishful thinking.

But we do think that Warners will return in 2020. They’ve got a much stronger lineup to showcase, and by that time, all the corporate unease should be worked out.