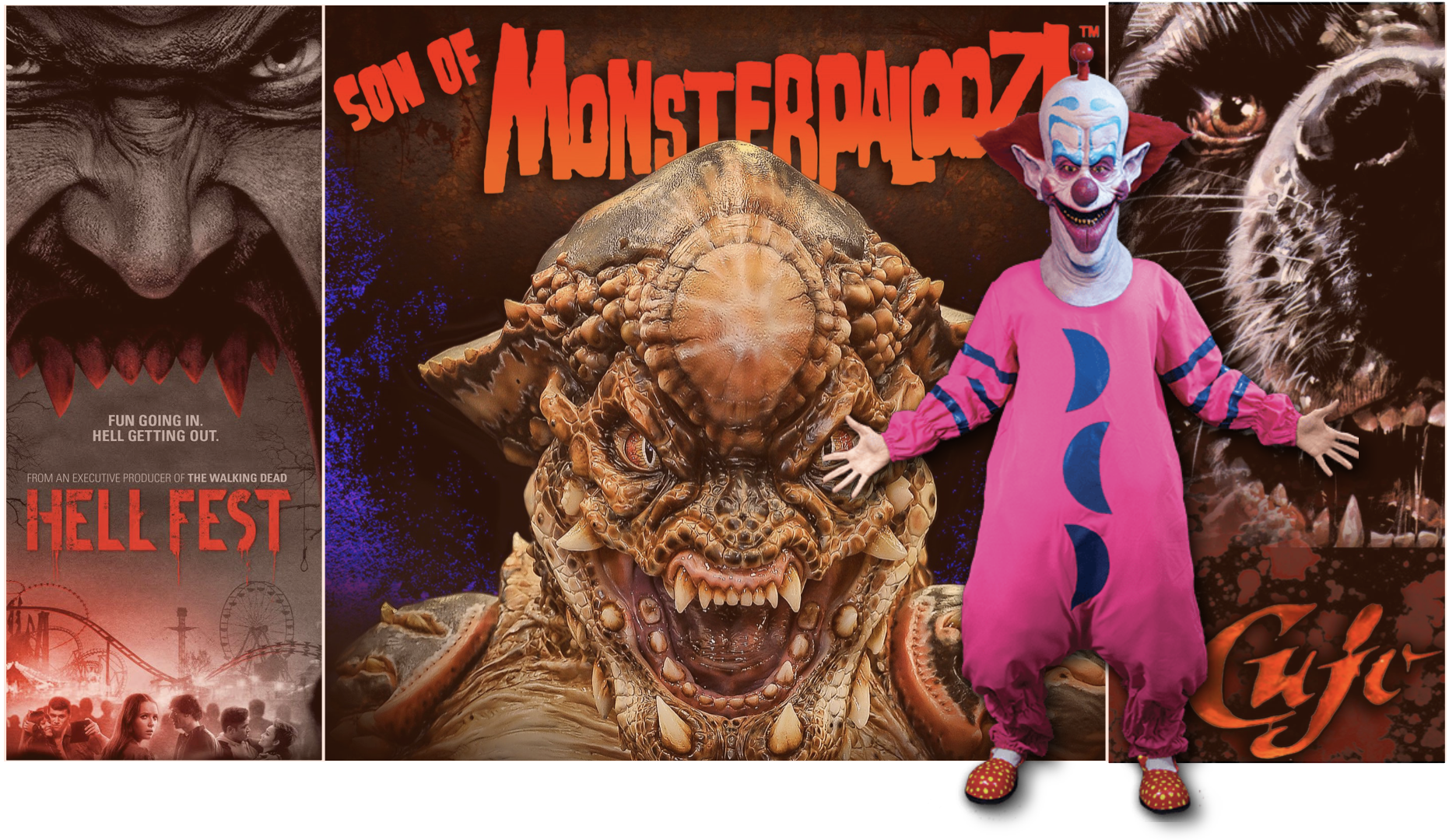 LA’s Son of Monsterpalooza convention opens its gates this weekend, with one of the biggest collections of professional monster makeup artists around — this is Hollywood, after all. We can’t wait to see all the gory, dismembered, alien-infused, scaly, slimy, BEAUTIFUL handiwork on display. Plus a whole slew of cool screenings, panels, and celebrity guests. We’ll be on-the-ground, tweeting and instagramming the best of the best. Join us — get your tickets here. But here’s our list of the 7 things we’re most looking forward to.

First up — The 35th Anniversary Panel of CUJO, Stephen King’s classic killer-dog movie from the 80s that absolutely terrified me as a kid. Dee Wallace and Danny Pintaurro will be on-hand for the panel (did you hear that? DEE WALLACE!)

As anyone who’s been paying to attention to our podcast knows, I’ve become obsessed with the new film HELL FEST, which shot some of its scenes at Six Flags Magic Mountain. I’m not quite sure why I’m so stoked to see this film, other than there fact that I love the idea of a movie that’s about a slasher at a theme park Halloween event. Join the director as he previews his new film.

The PREDATOR panel. What great timing! Just as the film is launching into theaters this weekend, some of the cast members are gonna show up to hang with the fans: Thomas Jane, Jake Busey, and more! Whether you like or hate the film (it’s getting mixed reviews), this is sure to be a cool panel.

The 30th Anniversary presentation of the cult classic Killer Klowns From Outer Space! How’s that for a cult sensation? The Chiodo Brothers will there to discuss the impact and future of this film franchise (did someone say “franchise”?), along with a special Los Angeles premiere of a “live” shadow gag performed by a Killer Known or two. How’s that for a tease??? 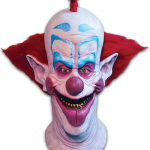 Advanced screening of Eli Roth’s History of Horror. James Cameron brought his limited series “History of Sci Fi” to AMC earlier this year, and now Eli Roth does the same thing for horror! And we can’t think of anyone better to do it.

It’s the final time that FACE-OFF will be fielding a pane, because it’s now in its final season on the Syfy network. If you didn’t see it, we had a special Face-off episode of our SCARE GUY show (check it out!). This wildly addictive series has showcased some of the best makeup and body-painting work we’ve ever seen, and now it’s done. Really a shame. It’s one of the regularly entertaining shows on the network. Check out “Face Off – The Final Season” – Special Presentation! From character design, sculpting, molding, painting and application, artists test their skills against one another, followed by a judging by professional artists in the film and television industry. Join artists from the final season of Face Off as the contestants and others discuss their experiences on the hit television show for the last time!

Joe Dante has a new horror film coming out! “Camp Cold Brook” – Special Presentation! In this Joe Dante (“Gremlins”, “The Howling”) production, a paranormal team explores an abandoned summer camp where a murder had taken place decades earlier. Join Joe Dante, Andy Palmer (“The Funhouse Massacre”), and stars Chad Michael Murray (“House of Wax”), Danielle Harris (“Halloween”) & others in a discussion of the of the supernatural shocker! Plus! Free poster-signing following the presentation.

Okay, here’s the bonus…. the thing that we absolutely can’t wait to see at Son of Monsterpalooza — THE MONSTER MAKEUP!!! The best and most skilled makeup professionals from across Hollywood are gathering together this weekend to showcase the best and most impressive monster makeup available. From Dick Smith FX Makeup, to MUD Makeup, to Creative Character Engineering, we’re expecting to get blown away by the latest advancements in the industry. 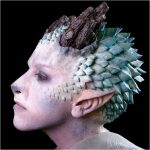 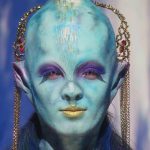 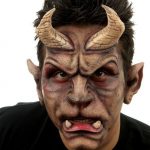