Con season is already heating up. The proliferation of good cons in most every region of the country means that you’re never too far from your fan favorite. 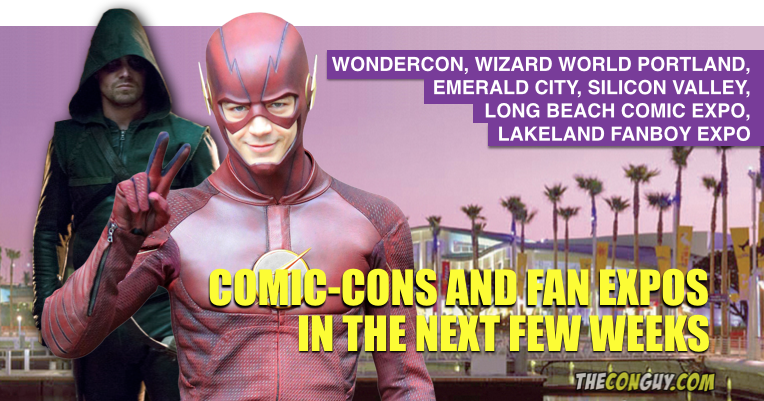 WonderCon is literally the sister show to Comic-Con International, embracing all the main aspects of that show, including comics, movies, TV, animation, the Masquerade, and more. The event has grown in all aspects over the years: more attendees, more exhibitors, more programming, and more fun.

Which ones have we missed? Let us know — we’d love to spotlight your favorite, too.

3 thoughts on “BULLETIN BOARD: COMIC-CON SEASON HEATS UP–CHECK OUT THESE FAN EVENTS IN THE COMING WEEKS”