With the sixth season finale of AMC’s The Walking Dead, I have to ask myself: Has The Walking Dead jumped the zombie shark? For you youngins, “Jumping the Shark” is the official term used to describe the moment when a TV show’s writing starts to go bad and the show goes south. It came from the popular 1970s show Happy Days, in the episode where Fonzie literally jumped a shark on water skis….it was a hokey, non-believable moment that led to the decline and eventual cancellation of the show. 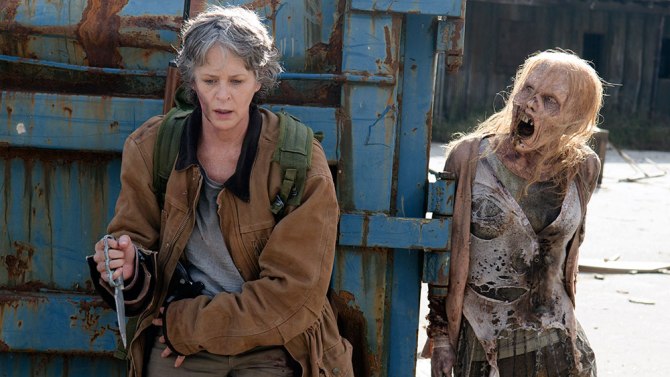 So what are we talking about when we ask if The Walking Dead has jumped the shark? We’re talking about that ridiculous cliffhanger, of course. This is the third such cliffhanger of the season, and frankly, we thought this show was above all that. First there was the “is-Glenn-dead” story arc. Then last week gave us the “Daryl-is-shot” moment. And now this. Frankly, these type of story gimmicks cheapen what is normally an awesome show. Granted, horror-type shows relay on such trickery – but Walking Dead has never fancied itself a true horror show. It’s a character-driven survival show with real, heart-felt depth.

The fan reactions to the finale were swift and pointed: 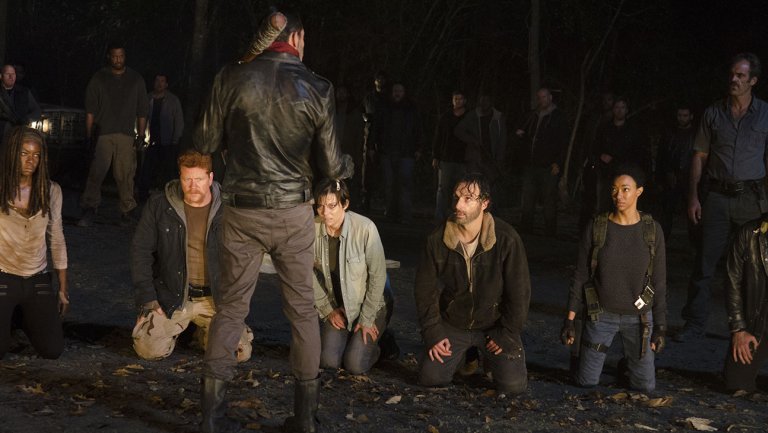 The New York Daily News had this to say:
Dear Scott M. Gimple:
The Walking Dead’s season six finale was a swing and a miss. A big miss. I usually love your undead AMC drama. It’s the one show I watch in real time every week. I savor the quiet moments between characters as much as I thirst for the splatter of blood when someone whacks a walker. But now I think that zombies have eaten your brain. Faking out Glenn’s death for an entire month earlier this season – even taking actor Steven Yeun’s name out of the opening credits! – was strike one.Then last weekend’s tease, where Daryl (Norman Reedus) was shot in the final moments of the episode as the screen went to black, was strike two. Leaving a second beloved character’s fate up in the air so soon is just lazy. READ FULL ARTICLE HERE>>>

HorrorFuel.com added:
There comes a point in every great show when the peak is reached and it begins to go down hill. I’m wondering if that has happened with The Walking Dead. They’ve had 6 great seasons, maybe it’s time for them to start contemplating the end. I would rather see a great show end on a high-note than seeing it run into the ground. It’s been stated that there are 6 more seasons planned for the show, but will it be worth watching? I sincerely hope that AMC puts quality before quantity. READ FULL ARTICLE HERE>>

Let's piss of the people who watch our show.#TWDFinale pic.twitter.com/5PLjhJShhG

We can complain all we want about #TWDFinale attempt at a modern who shot JR moment but the reality is we'll be back in the fall regardless.

According to BUZZFEED, there are a ton of pissed-off fans. The 90-minute finale (which seemed waaaaay too long….and not very much happened) ended with Neegan swinging Lucille and…..cut to black as we hear someone’s brains being beaten out. READ ARTICLE HERE>>>

According to Hypable:
It’s a sad, sad day in The Walking Dead fandom. Not because fans are mourning the loss of a character, but because they’re mourning the loss of good writing. For a while fans knew that Negan was being introduced at the end of the season which inevitably meant death. What fans weren’t expecting was for his entrance to be ruined by a senseless cliffhanger. FULL ARTICLE HERE>>>

5 thoughts on “DID THE WALKING DEAD FINALLY JUMP THE ZOMBIE SHARK?”