Alan Tudyk, along with producer P.J. Haarsma and Shannon Eric Denton, had fans rolling in the aisles during the CON MAN panel in the huge Microsoft Theater during WonderCon 2016. Born from one of the most successful crowd-funding campaigns ever, CON MAN is the passion project of Tudyk and his geek-in-chief cohort Nathan Fillion. The series, which streams on Vimeo and iTunes, follows the exploits of Tudyk’s character, Wray Nerely, an actor from a canceled-too-soon sci-fi series called Spectrum (sound familiar?) who travels the comic-con circuit while trying to get back “in the saddle,” so to speak. Season 1 was such a huge success that season 2 is now underway. In a strangely analogous turn of events, Tudyk has been making the rounds at comic-cons across the country to promote this series about a man who makes the comic-con rounds across the country. Watch our videos here below….then make sure to watch Con Man before it drops off Vimeo (for a bit)….apparently, there’s some big news about it in the coming weeks. We can’t wait.

In the following video, @ConGuyDerek asks Alan how things would have been different had Firefly not been canceled so soon. 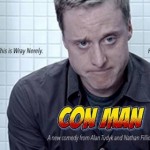 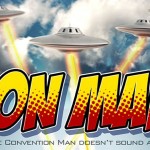 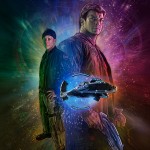 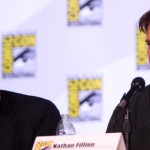 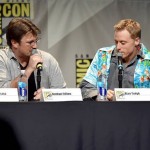 The first issue of a 4-issue run of Spectrum hits comic book stores on May 7, this year’s free comic book day.

And if you haven’t already, please watch and subscribe to our Con Guy Comic-Con Prep Show on the PopcornTalk Network. In this episode, we give a complete wrap-up of the WonderCon Convention in Los Angeles.

2 thoughts on “BEST PANEL AT WONDERCON: ALAN TUDYK DISCUSSES WHAT WOULD LIFE BE LIKE IF FIREFLY HAD NOT BEEN CANCELLED SO SOON”