During the last season of The X-Files, Mulder’s (and our) favorite wacko threesome, THE LONE GUNMEN, seemed to meet their final (and unceremonious) end.  Richard “Ringo” Langly, Melvin Frohike and John Fitzgerald Byers made up the Lone Gunmen, a conspiracy-minded trio who published their own underground paper and frequently had insight into whatever case that Mulder and Scully were working on. They appeared in over 30 episodes and emerged as fan favorites of the series…which is why their “final episode” was such a bummer — not to mention completely idiotic. There was no good reason to do away with our favorite muckrakers, especially now that the series came back as a huge hit. But fear not! The Cigarette Smoking Man is back, why not the Gunmen? Apparently the guys are making a comeback. Here’s what we know:

Actor Dean Haglund confirmed today on Twitter that The Lone Gunman, a sort of paranoid conspiracy theorist A-Team featured in a recurring basis on The X-Files and briefly in their own spinoff series, will be returning to the franchise when the series revival airs in early 2016. FULL ARTICLE>> 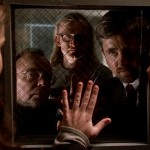 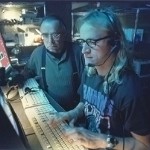 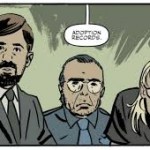 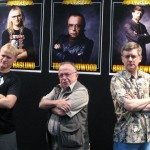 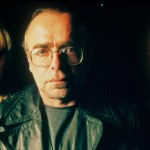 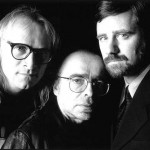 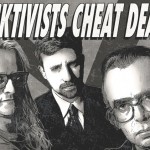 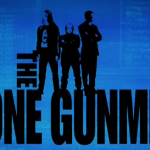 The Lone Gunmen were fan favorites on the original series, even starring in a short-lived spin-off in 2001, but their characters met a bitter end toward the end of The X-Files‘ ninth season. (Then again, so did the Cigarette Smoking Man, and he’s also making a comeback.) It remains to be seen how the Gunmen will factor in to the revival, but the series could adhere to the official season 10 comics — executive-produced by series creator Chris Carter — in which they are revealed to have faked their deaths. If that’s the case, we think it’s “remotely plausible” that Mulder will be happy to see them. FULL ARTICLE>>

2 PARAGRAPHS: The Conspiracy to bring back the lone Gunmen

The go-to conspiracy theorist in the show’s revival is a new character played by Joel McHale, who seems to be modeled on Alex Jones of Infowars. But fans of the show can also rejoice in the return of The Lone Gunmen, even though they were killed off years ago. Are the trio alive or dead? “Our appearance on the show is consistent with both those possibilities,” says actor Bruce Harwood. Were their deaths faked? Or are they dead and Mulder and Scully are being fed a line by three men who look suspiciously like them? The truth is out there … or is it? FULL ARTICLE>>

Zap2It.com: This is now they come back

When the trio was last seen on “The X-Files” in Season 9, they were very dead. With them set to return for the show though, fans have been wondering exactly how it would be explained. Series creator Chris Carter let a little information about their resurrection slip during a panel for the revival at the 2016 TCA winter press tour Friday (Jan. 15).

“[There’s] no talk about spinoffs of any sort just now, but the Lone Gunmen are back,” he says. “They did meet their makers, so to speak, in the original series, but I think the way you see them return will explain itself … they return in a fantasy sequence.” FULL ARTICLE>>

Follow us for all your X-Files news, Comic-con news, and everything else that all the cool nerds are into. On Twitter @TheConGuyDotCom