Cosplayers, listen up! New York Comic Con is hosting the NYCC Eastern Championships of Cosplay this October in the Big Apple, the largest and most prestigious costume contest on the East Coast. It’s the next stop in the “Quest for the Crown” global cosplay competition circuit. I’ve got to be honest…I didn’t realize there was an actual global championship until I started looking into this thing and WOW, this is gonna be HUGE. They’re having stops all over the world–Australia, Indonesia, everywhere! I guess it’s now okay to say that cosplay has blanketed the world.

If you can get to NYCC, you should. But don’t fret if you can’t because fans from all over the world can over watch the Official NYCC Livestream as competitors battle it out for over $5,000 in cash prizes. The Eastern Champion will be automatically qualified for the final round of the 2016 C2E2 Crown Championships of Cosplay in Chicago, the final stop in the Quest for the Crown.

FOR COMPLETE RULES, CLICK HERE
Participants in the NYCC Eastern Championships of Cosplay must abide by these rules–better read up!

REGISTER HERE
Each entrant will submit an application to be reviewed by the NYCC team.  Entrants may only enter one costume into the competition. Submissions will close on Friday, September 11, 2015 at 11:59PM EDT. 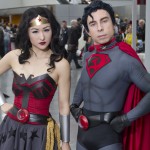 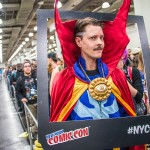 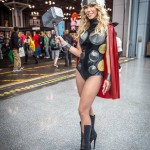 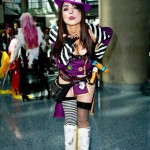 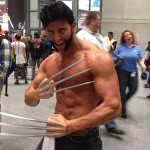 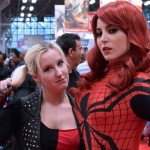 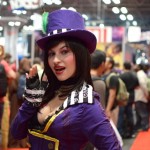 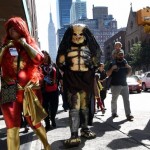 epa04438755 People in costumes walk on a sidewalk while arriving for the 2014 New York Comic Con in New York, New York, USA, 09 October 2014. The annual event offers pop culture fans exhibitors and displays of popular video games, movies and comic books and many people attending dress as their favorite character. EPA/JUSTIN LANE ** Usable by LA, CT and MoD ONLY ** 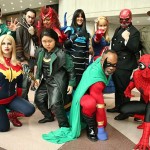 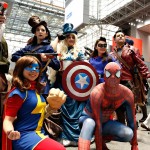 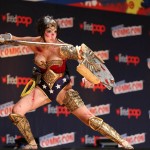 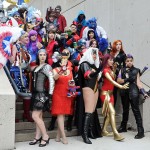 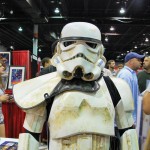 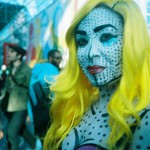 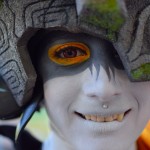 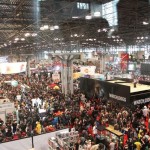 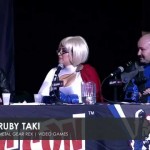 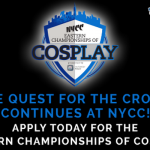 ADDITIONAL ARTICLES FROM AROUND THE WEB

Check back here often for updates, and always remember to follow us @TheConGuyDotCom

3 thoughts on “GET YOUR FREAK ON AT EASTERN CHAMPIONSHIPS OF COSPLAY AT NYCC; BATTLE FOR OVER $5,000 IN CASH PRIZES”