There were some kick-butt cool off-sites this year, but let’s get this out of the way right up front: the fact that Conan, Nerd HQ, Nerdist, and tons of others sold out faster than Fox cancels sci-fi shows just plain SUCKED. Literally. Comic-con’s badge process sucks for most people (sold out in 3 minutes?). The hotel situation sucks (how the heck CAN a person book downtown? Really!). Ace Parking nearly sucks (we used 8 email accounts from four different people and BARELY scored a parking pass). And now, the one bright light in this sea of suckiness…..is starting to suck too.

Just to clarify, I love Comic-Con and especially look forward to the off-sites. It’s just that after 7 years, I’m getting downright exhausted at the amount of effort (seemingly fruitless effort, mind you) that I must exert to attend anything while at the convention. For instance, Nerd HQ used to be the place where non-badge-holders and those who can’t get into the big Hall-H or Ballroom 20 panels could go and still see their favorite actors/writers/creative folks….but even Nerd HQ sold out in record time this year, making eBay Nerd HQ tickets a new reality. (Reality Bites!)

And what about Conan?….We love Coco! But the surprise announcement of ticket availability via Comic-Con email, and the subsequent CRASH of the audience registration website just…..sucked! Each member of my group registered for each day of the Con to attend Conan—and we registered early (as soon as the registration went out)…..but, alas, no tickets. I’ve heard from some folks who did attend, though, and they called it the highlight of their Con week. Which makes it all the more frustrating that we couldn’t attend EVEN THOUGH we rushed the site to register IMMEDIATELY….Can someone—ANYONE—please offer Comic-Con, and Travel Planners, and Ace Parking, etc. help on keeping a website up and running??? Do we Con-goers ever NOT crash a website???.

So, the one big SUCK was that we couldn’t get tickets for Nerd HQ, Nerdist, and Conan….but there are starving children in poor countries, so I can’t really bring myself to complain too much.

GAME OF BLOGGERS MEETUP
I don’t want to sound like a complete whiner (just a partial one), so let me tell you what we did that was cool. Our first “off-site” was the GAME OF BLOGGERS meet-up sponsored by Crazy4ComicCon at the Dragon’s Den bar at 315 10th Avenue. It was an awesome chance to meet all our fellow bloggers and web producers. Special thanks to Tony Kim, the brain-trust behind Crazy4Comiccon. We met tons of awesome promoters of all things Con, just like us. Some of them: The guys from TOTLpodcast.com. Wendy Buske from NerdForALiving.com. Andy Behbakht from TVOvermind.com. Mynda Bullock from NiceGirlsTV.com. The fitness-guru-to-the-nerds from TheJerd.com (Jock + Nerd = Jerd). Liz Giorgi of Being Geek Chic. And Megan Gotch, aka TheNerdyGirlie.com. Which brings us to our second cool event….

GEEKS GO GLAM PARTY
….the Geeks Go Glam party, hosted by the aforementioned Megan Gotch and Liz Giori. It was a place for “Nerds” to dress up (if they so chose) and have fun in a more “upscale”-ish setting. From the ticket site: “Geeks Go Glam is the only party at Comic Con where tuxedos, dresses and high heels are not only encouraged – they are part of the fun. Come in your best nerdy black tie or glamorous nerdy ensemble. So what’s going to happen? There will be live music, a tea party offering of tea, coffee and delicious snacks, a photo booth, a raffle with amazing prizes from your favorite chic nerdy retailers and lots of dancing with other glamorous geeks.”

COOTIES SCREENING
Another cool late-night shin-dig was the screening of COOTIES, Elijah Wood’s new horror-comedy film. It wasn’t quite as easy scoring tickets to this one, but it was worth it—Elijah introduced the film, and we had a blast! Great, gross-out humor.

NERD HQ AFTER-HOURS PARTY
Of course, no Comic-Con late-night would be complete without a visit to Zachary Levi’s NERD HQ free afterhours party, complete with dancing, drinks, and Zach himself to get-down and crazy with all his nerd “friends.” Since we hi-tailed it over to NERD HQ after the Cooties screening, we barely made it by the midnight cutoff to get bracelets, which we needed to get in. This part of the night was a bit frustrating, seeing as no one was aware of said bracelets, so we just stood in line for 30 minutes until we nearly got to the door at 11:55 p.m., then were told, “Sorry, go get your bracelets.” We BARELY made it into THAT OTHER LINE to sign up and get bracelets (the staff were none-too-pleased to see us, that’s for sure). But we made it. And it was a decently fun time. And although I do admire the chutzpah of Zach and his whole NERD HQ gang who put this together, I think last year’s party at Petco was a slightly better experience. This one—Inside the New Children’s Museum since Nerdist got Petco this year—seemed a bit smaller. And I missed having all the videogames. A number of folks complained about having to walk “all the way” to the Museum. But this is just stupid whining again, because NERD HQ is a short walk from the Convention Center. Let’s count our blessings! We now have TWO big-time after-hours events open to (most) everyone. 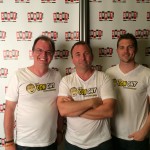 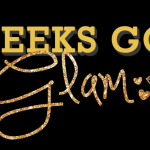 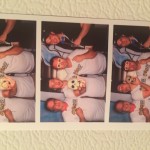 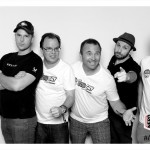 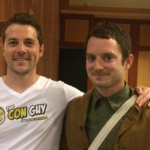 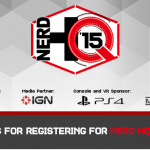 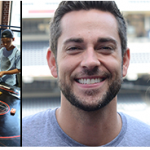 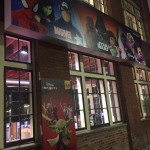 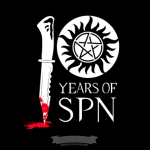 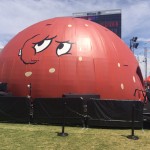 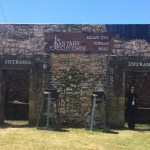 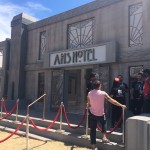 THE KINDA OKAY, BUT KINDA DUMB

MTV FANDOM AWARDS
Okay, first the good: We got free food. Free drinks. Free carnival rides. Free personalized Coke cans (if you were nutty enough to wait in that long line). And some entertainment by (from what I’m told) are internationally recognized performers. But my age was definitely showing (I grew up on MTV when they had music videos!), because felt a nauseous, numbing feeling in my stomach as I watched. Tyler Posey came out shirtless with suspenders and stood on his head while the two girls did something to his pants and revealed a message….well, let’s just say I felt dumber by the second. I had to get out of that one. Quick.

THE ONE WE MISSED
As big Supernatural Fans, we wanted to hit up the Carry On My Wayward Cocktails event, but it sold out before we could make up our mind which level of spending we’d be comfortable with. Actually, I guess we could have still gone…..but all that was left was the $250 level, and although we enjoy the show, that’s a bit of a stretch.

Read more about the Carry On My Wayward Cocktails here>>

THE WRAP-UP
It seemed like this year’s offsite calendar was indeed packed COMPETELY full. From the San Diego Symphony, to Game of Thrones experiences, to the always-cool Adult Swim Carnival, to the brand-new FX Fearless Arena in front of the Hilton Bayfront, there really wasn’t a lack of offsite stuff to keep you busy. If anything, there was almost TOO much going on. But let’s keep it that way. A lot of folks have commented that the convention floor seemed somewhat less crowded this year, as was the Ballroom 20 line. And from what we heard, Hall-H wasn’t completely inaccessible this year (except for certain mega-events, like Star Wars and WB). I think the crowds were actually at the off-sites, as evidenced in the lack of tickets and super-long lines there. But, c’mon, there are worse problems to have.

For a complete round-up from around the web, check out all these great sites below. And tell us what your favorite off-sites were this year. Which ones did you miss out on? And, perhaps most fun, which ones sucked?

SCDCCblog, list of off-sites.
These guys always put in the time and give some great info.