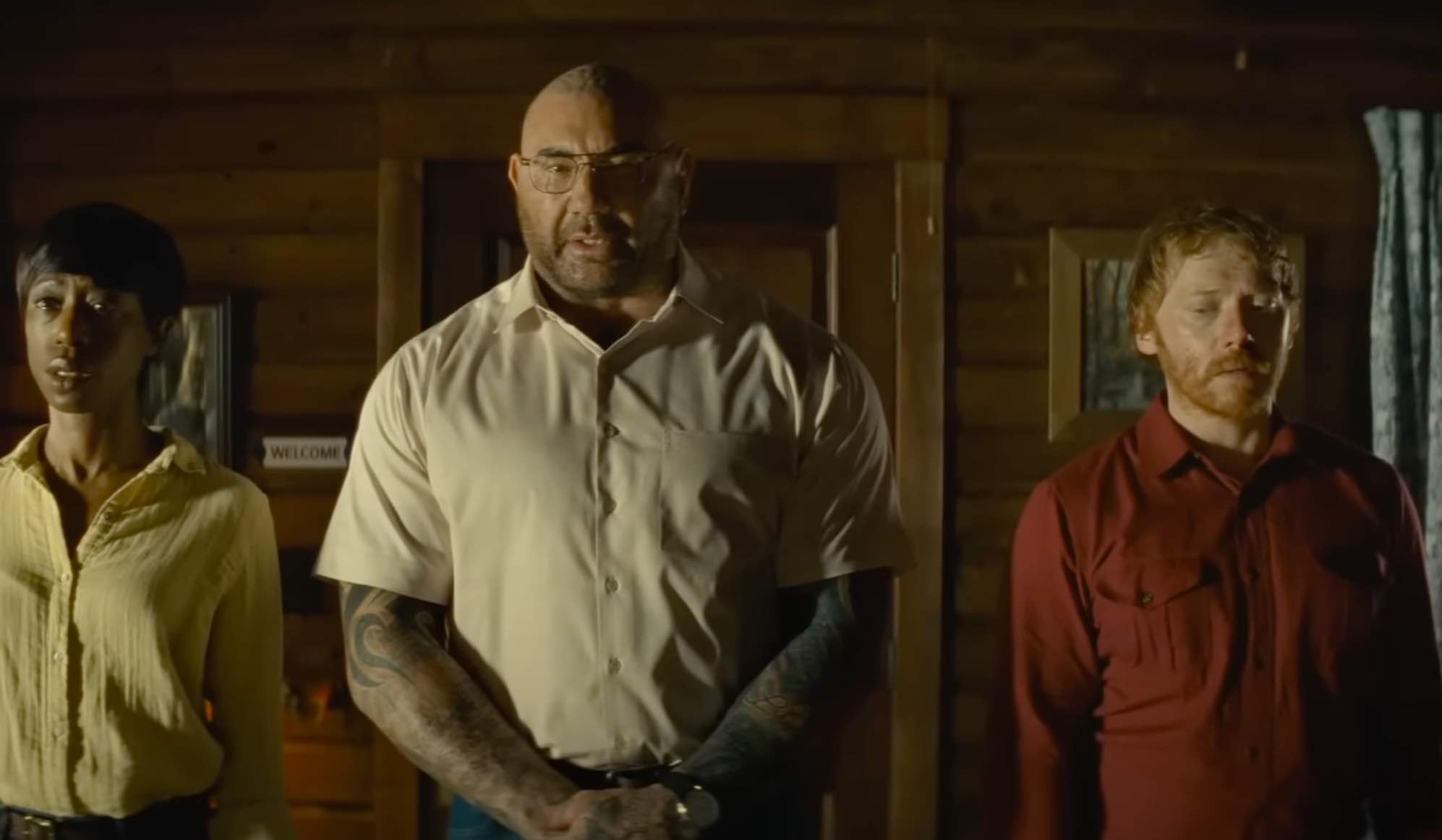 From the looks of the trailer, it looks as if M. Knight Shyamalan is back with another twisty, spooky thriller in the vein of Old, The Visit, and… let’s hope… The Sixth Sense. It’s called KNOCK at the CABIN, and the setup is downright chilling. Jonathan Groff and Ben Aldridge play two fathers who take their daughter (Kristen Cui) on a trip to a cabin in the woods. But once they get there, they are attacKed by four people — played by Dave Bautista, Rupert Grint, Nikki Amuka-Bird and Abby Quinn — who claim that the apocalypse is imminent. The only way to avert disaster is for the family to make some sort of difficult decision. And you can bet that the decision is not an easy one.