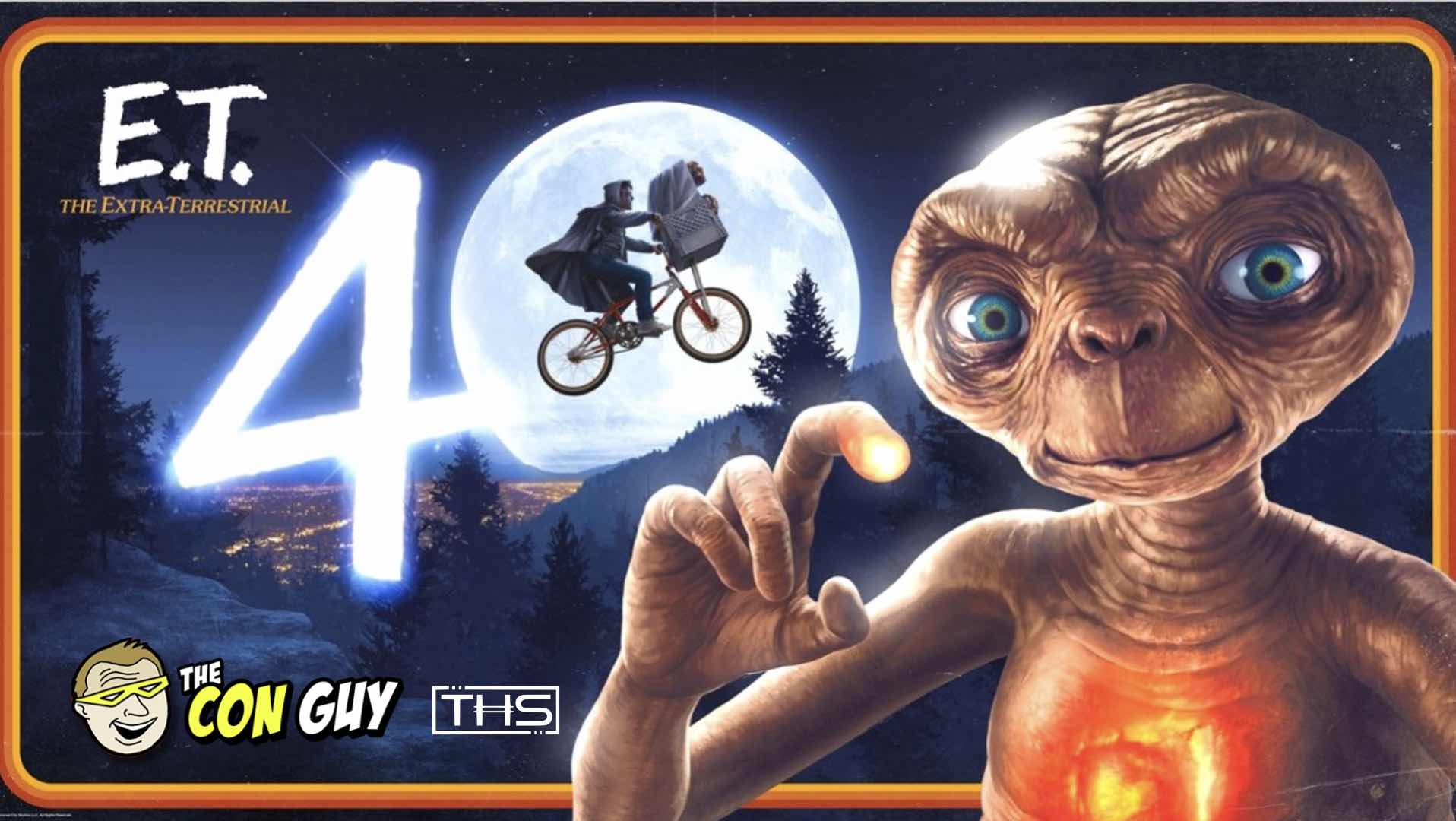 As part of our “Summer of 1982” celebration, THE CON GUY shines the spotlight on the film that cemented Steven Spielberg’s reputation as the genius of 80s cinema, and one of the greatest filmmakers of all time — E.T. the EXTRA-TERRESTRIAL! It’s the story of a gentle alien left behind on earth, and his friendship with young Elliott. Featuring the debut of Henry Thomas and a scene-stealing Drew Barrymore, E.T. endures as one of the most magical and timeless movies ever made…. from the summer that forever changed films!