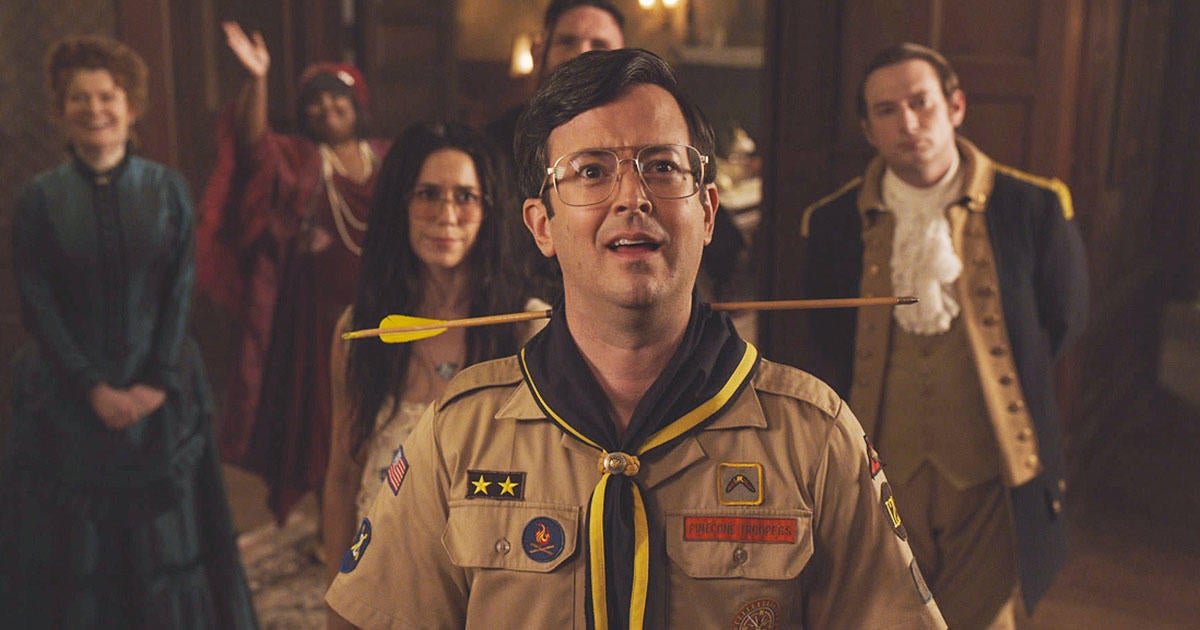 GHOSTS, CBS’ hilarious new comedy about the dearly-departed, will show up in San Diego with Pinecone Trooper Pete’s “Friend Zone,” an activation with a campsite feel in honor of scout leader ghost Pete, whose unfortunate archery accident left him with an arrow through his neck for eternity. The activation will be set up at the Interactive Zone at Petco Park from July 21-24, and will feature a “scare-free” archery activities – but nothing is what it seems at this campsite setup on ‘the lawn’ of The Woodstone Mansion – the show’s setting and home to the ghosts.

Fans can connect with Ghosts and ‘the other side’ through psychic mediums and programming that’ll give attendees insight into their past, present, and future lives.

And as an added treat, an in-person special screening honoring the spirited title characters and the living leads of TV’s #1 comedy will be held Thursday July 21st, at 7:30pm.