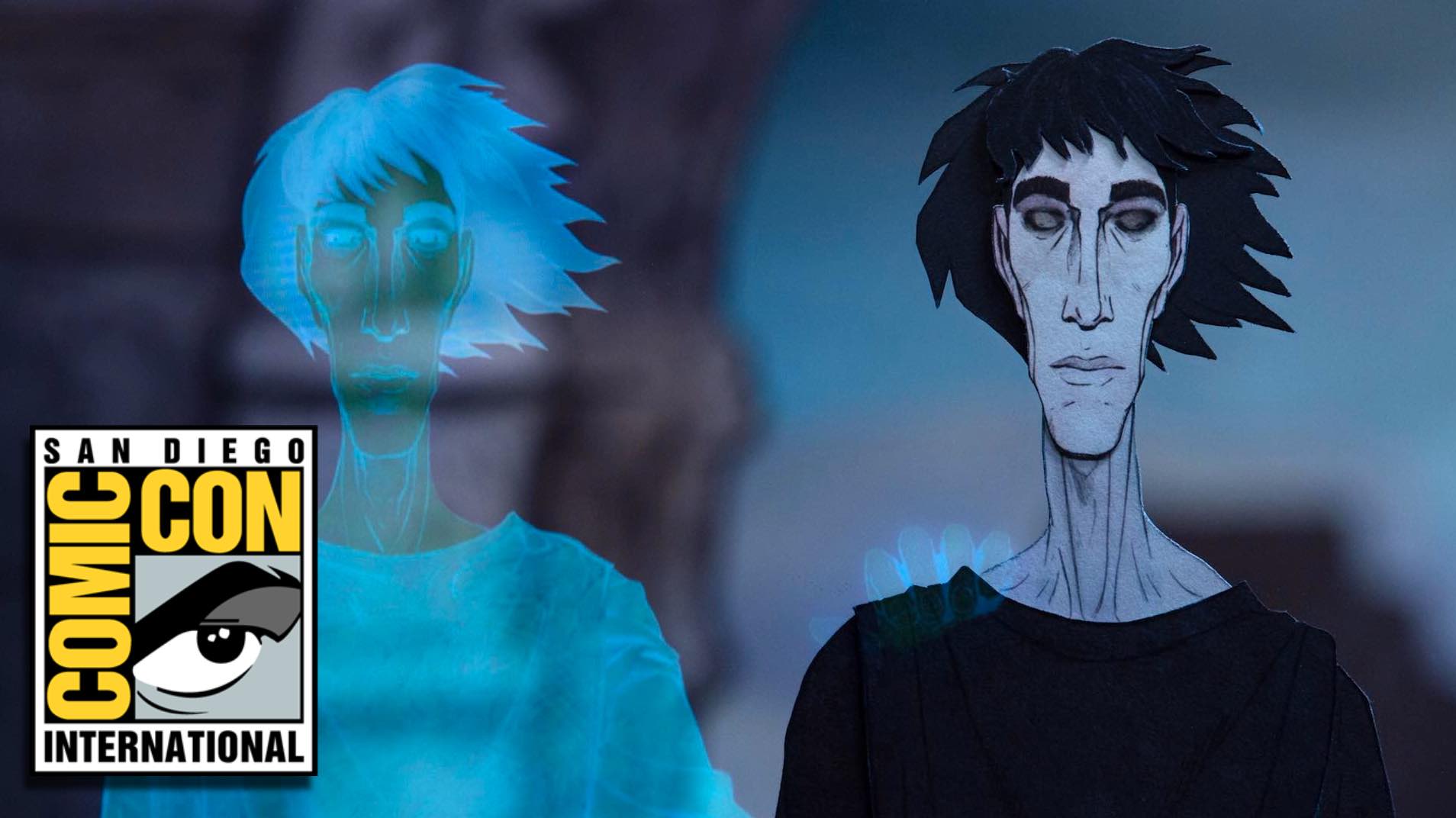 On July 23, San Diego Comic-Con attendees will be treated to a behind-the-scenes look at Neil Gaiman’s collaborations with filmmakers and artists for the new short film, “The Grave of Saint Oran,” during a special panel focusing on the master storyteller, Neil Gaiman.This panel occurs two weeks prior to Neil Gaiman’s highly anticipated “Sandman” series on Netflix. In addition to Gaiman, the panel will include the following: 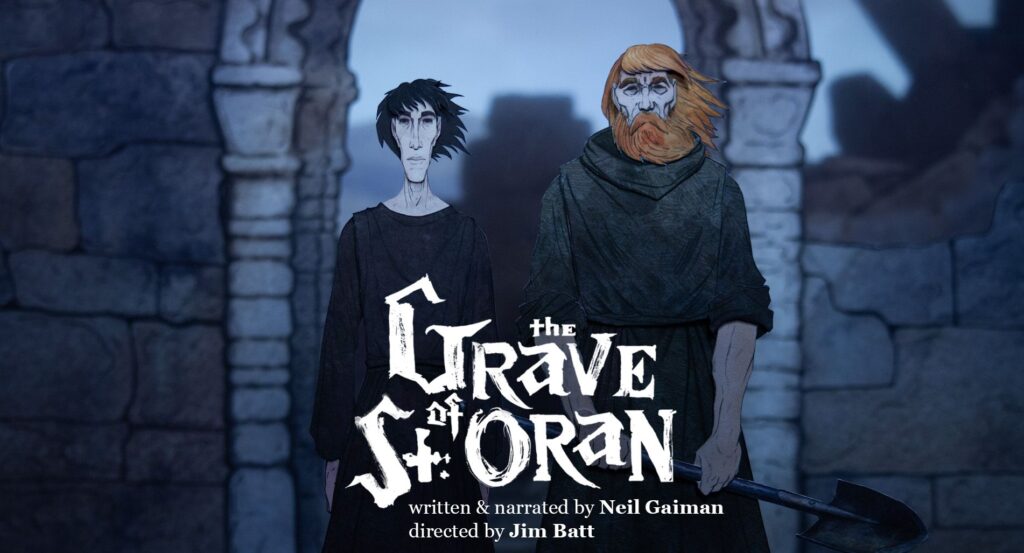 ABOUT THE FILM
The Grave of Saint Oran is a short stopmotion animation, beautifully illustrated with paper cutouts meticulously hand animated frame by frame. Based on a mix of legend and history of the small Scottish island of Iona, the film weaves a path back and forth between the real and the imagined, through time, history, and our eternal efforts to grasp at the deeper mysteries of the unknown. It tells the tale of two saints who sail to the island of Iona, and attempt to build a chapel. However, things don’t go smoothly and the ritual murder of one saint by the other begins a chain of events that brings into question everything they believe in.
.
Master storyteller Neil Gaiman narrates this strange tale of saintly murder and the dark history behind the chapel on the island of Iona. The story is brought to life by two time Emmy-nominated director Jim Batt with beautifully illustrated paper cutouts, meticulously animated using stopmotion techniques and in-camera visual effects. 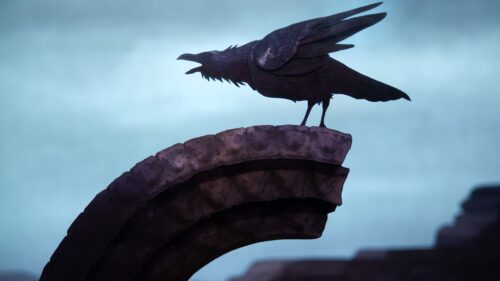 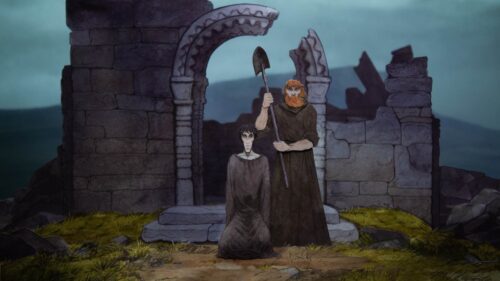 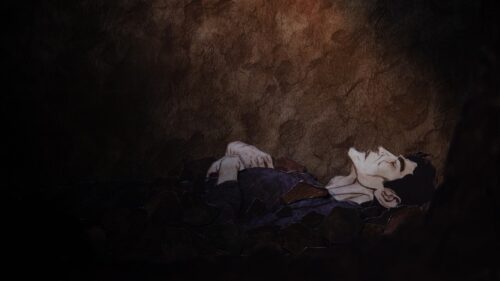 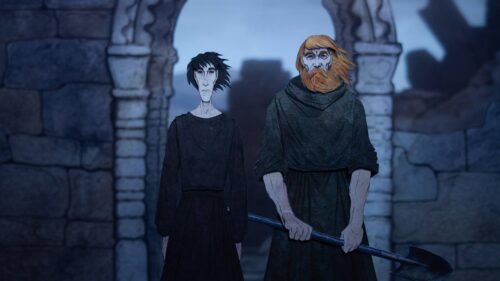 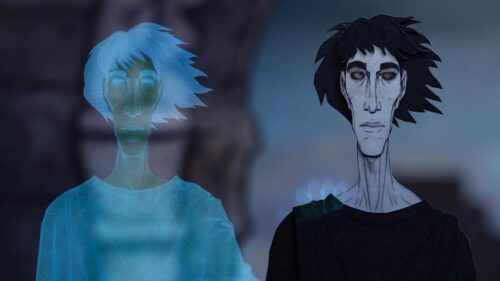 The film was shot with an older animation technique called ‘multiplane animation’. Paper cutouts rest on layers of glass, and when viewed from the overhead camera these various planes of art combine to create the scene. To keep the tactile magic that happens when real light hits actual paper, the whole film was shot in camera with minimal digital effects.

Read more about the process of making the film on the studio blog:
www.thegraveofsaintoran.com/production-diary