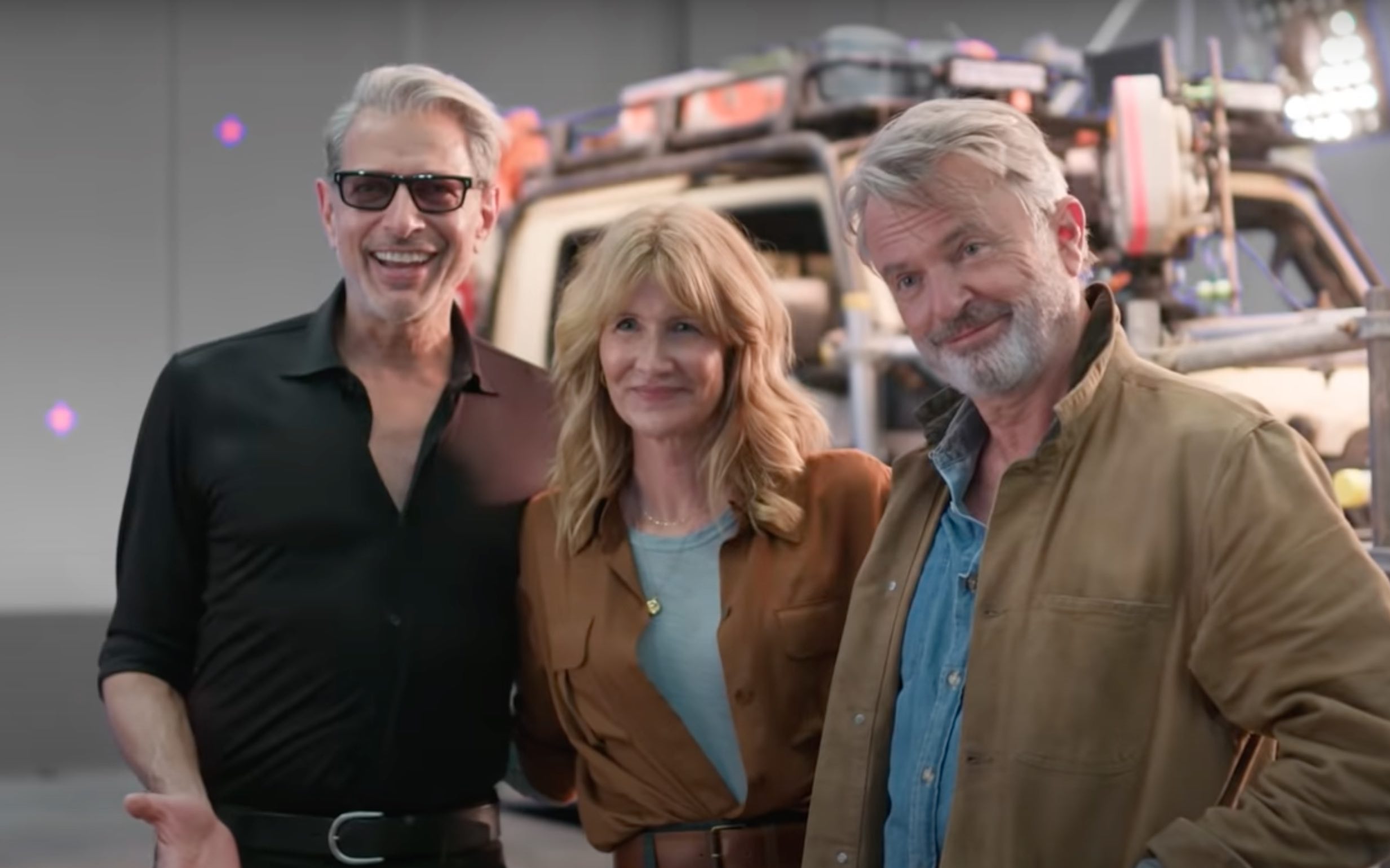 Chills…. absolute chills. That’s what we get when watching this featurette, which reunites the characters from the current Jurassic Park trilogy — Owen, Claire — with the OGs, the legacy characters from the original Spielberg-directed films — Ellie, Grant, and Ian. And what we end up getting is “the culmination” of all the films that have come before. And we couldn’t be more excited!

For those of you who didn’t experience Jurassic Park when it first stormed theaters (and the world!) in 1993, it may be hard to grasp just how exciting and monumental that first film was. In much the same way Star Wars forever changed blockbusters, Jurassic Park forever changed how we tell movies. It was the introduction of CGI, and, to this day, perhaps the BEST integration of practical and digital effects to tell a story… it was simply breathtaking.

And NOW, the promise of bringing those much-loved legacy characters back and teaming them up with Jurassic World’s newer characters….. well, let’s just say it — it’s one for the ages!