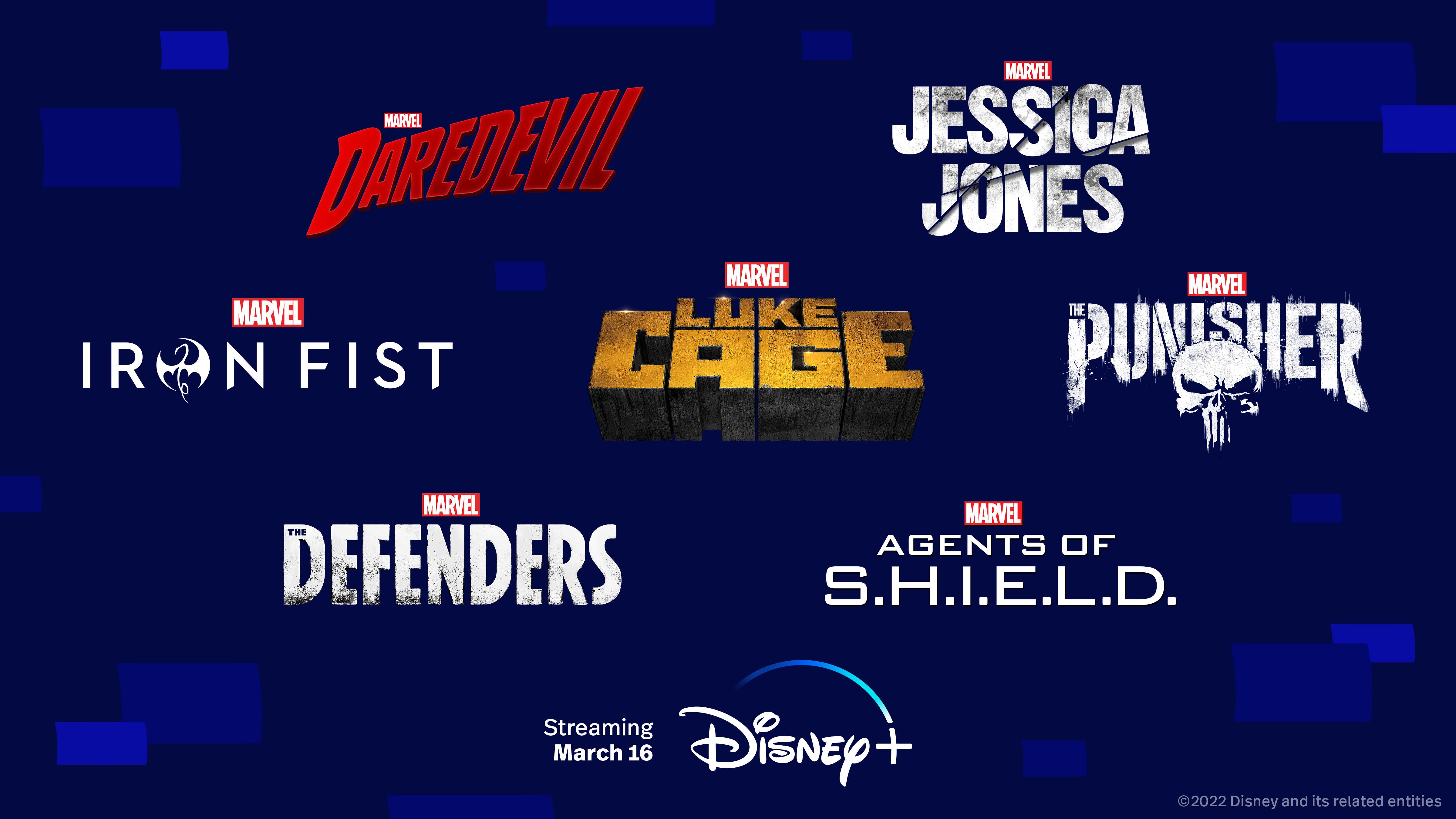 FINALLY! All the Marvel live-action series are now available on Disney+. There was doubt that because of the more adult nature of the former Netflix series, that Disney+ might not be able to show them, but that has now changed—Disney+ now has parental controls, so these edgier shows can be shown on the family-friendly streaming service. And that begs the question: Is this a sign that Matt Murdock is finally coming back?! After his surprise cameo in “Spider-Man: No Way Home,” we can only hope!

On March 16, Disney+ will add more Marvel live-action series titles to its expansive content offering in the U.S., Canada, U.K., Ireland, Australia, and New Zealand with the addition of “Daredevil,” “Jessica Jones,” “Luke Cage,” “Iron Fist,” “The Defenders,” and “The Punisher,” plus “Marvel’s Agents of S.H.I.E.L.D.” in the U.S., giving fans access to more from the Marvel collection, all in one place. With the addition of these titles, Disney+ will concurrently release an update to its Parental Controls in the U.S. that will prompt all subscribers to update their settings.

“Disney+ has served as the home for some of the most beloved brands in the industry, and the addition of these live-action shows brings more from the Marvel brand together, all in one place,” said Michael Paull, President of Disney Streaming. “We have experienced great success with an expanded content offering on Disney+ across our global markets and are excited to continue that here in the U.S. as well by offering our consumers not only great content with the new Marvel additions, but also a set of features that help ensure a viewing experience most suitable for them and their family.”

These Marvel series will also be available across all other Disney+ markets later this year.

The dedicated Marvel brand page on Disney+ already serves as home to the largest Marvel collection with hundreds of hours of movies and shows. This includes the Marvel Studios movies from the Marvel Cinematic Universe such as “Avengers: Endgame” and “Black Panther” as well as other Marvel movie franchises like “X-Men”; Disney+ Original series like “WandaVision,” “The Falcon and The Winter Soldier,” “Loki,” and “Hawkeye”; animated series, including the Disney+ Original series from Marvel Studios, “What If…?”; specials and shorts, and documentaries that go behind the scenes like “Marvel Studios Assembled.”

Updates to Parental Controls in the U.S.

When opening Disney+ for the first time on or after March 16, all subscribers in the U.S. will be prompted to update their Parental Controls. This includes the option to select content ratings restrictions for each profile as well as to add a PIN to lock profiles. Those that choose to keep their settings the same will continue to enjoy Disney+ as they always have within a TV-14 content rating environment, with the option to make changes at any time under Profile settings.