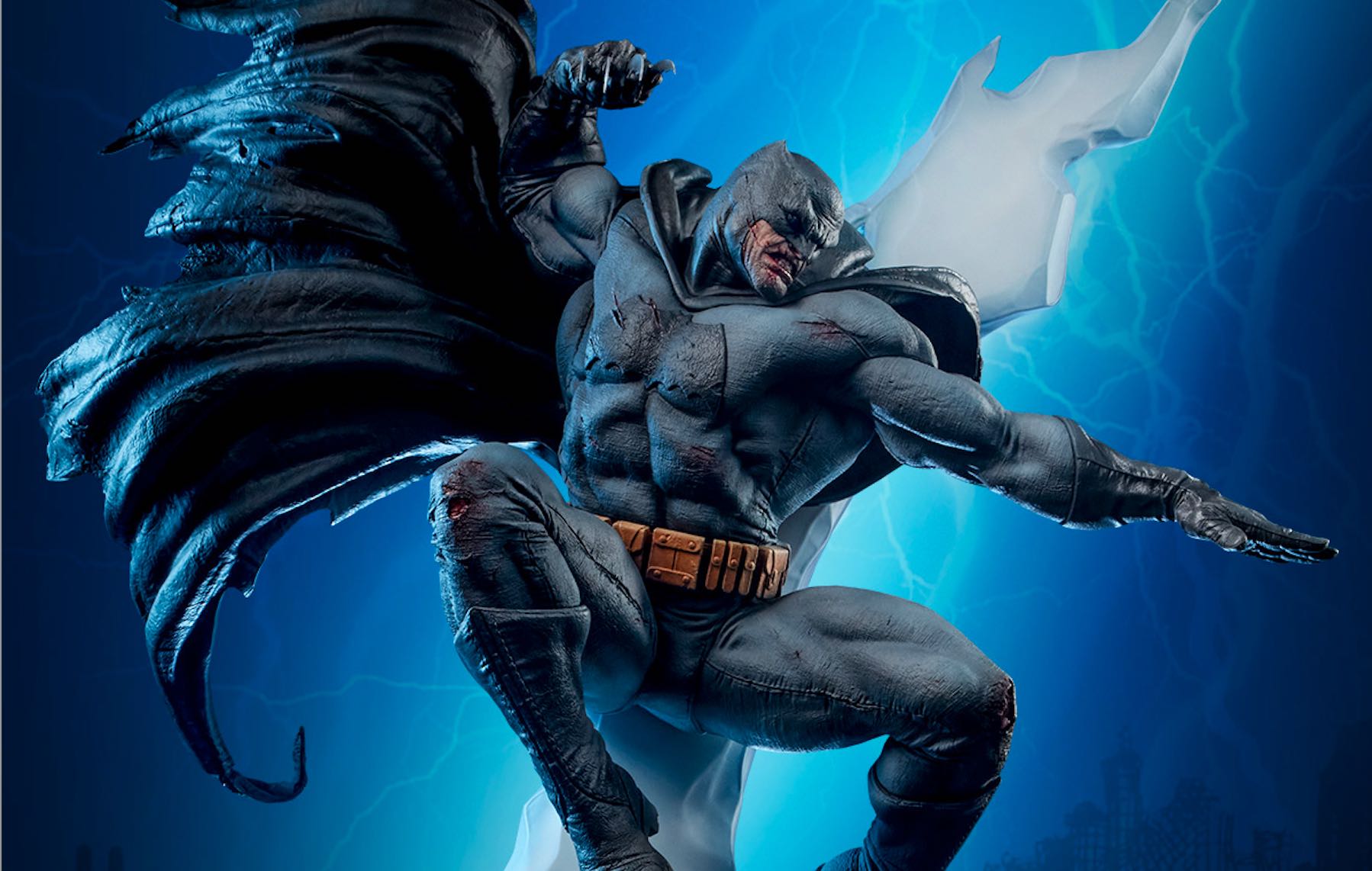 The latest reveal in Sideshow’s annual 12 Days of Sideshow showcase gives collectors a glimpse at an all-new Premium Format™ Figure inspired by the iconic cover of the acclaimed comic series, Batman: The Dark Knight Returns.

Ten years after stepping away from a life of vigilante crimefighting, a 55-year-old Bruce Wayne is finally pushed to the brink. Gangs are running rampant in an increasingly violent and chaotic Gotham City, and as his frustration, despair, and anger seem about to overwhelm him, Bruce once again picks up the cowl…

The Batman: The Dark Knight Returns Premium Format™ Figure brings this iconic moment from DC Comics history to life in three dimensions. The masterful sculpt captures the powerful silhouette and grim countenance of the city’s greatest defender in mid-leap, Batarangs clutched in his raised fist, eager to embrace the night once more and dispense justice in Gotham!
.

Lightning strikes a Joker-faced gargoyle, signaling The Batman’s return. Batman’s immense cape curls behind him as he descends to the city below, his costume covered in slashes and blood splatters — badges of honor from his brutal return to Gotham’s streets. Bruce Wayne’s aging face is partially hidden beneath his short-eared cowl, his exposed mouth set in a determined blood-smeared scowl.This impressive 31.5” tall collectible also features a dramatic light up feature, allowing collectors to illuminate the sculpted lighting bolt base, throwing the already imposing Batman sculpture into stark silhouette.

The Batman: The Dark Knight Returns Premium Format Figure is coming soon! RSVP for the latest details as they are released.
. 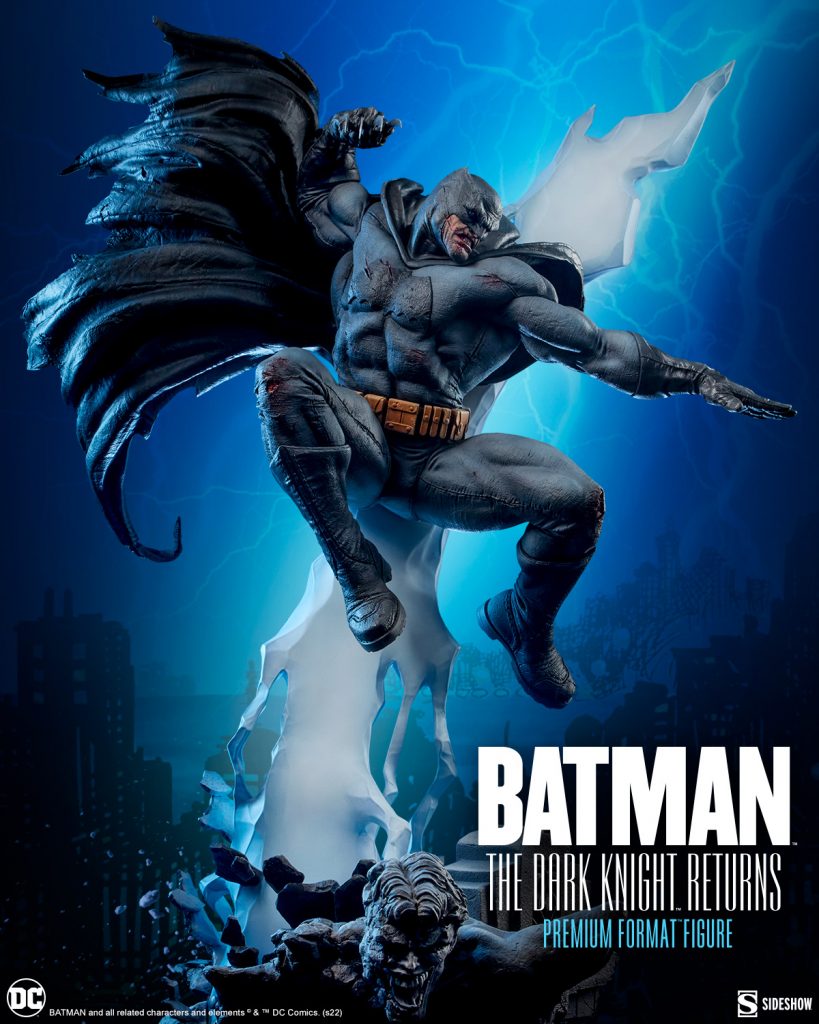