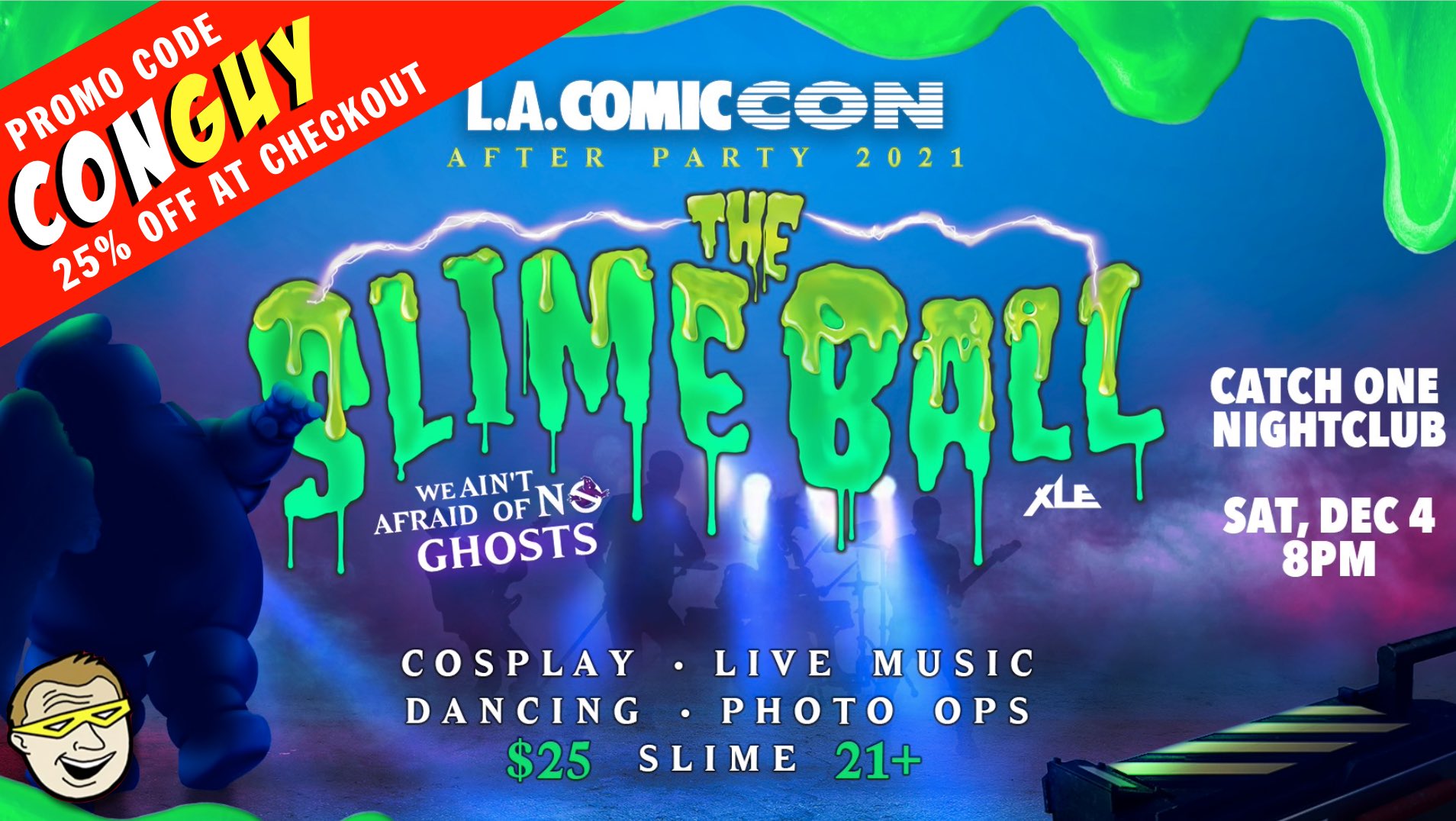 Who Ya Gonna Call Saturday night after LA Comic Con closes? The official Ghostbusters-themed after-party, that’s who! And get 25% off the price of your ticket by using our special promo code CONGUY at checkout! How cool is that???

ADVERTISEMENT
After 2 years, Los Angeles Comic Con is back, and so is the best convention after party in the country! LA Comic Con presents a full night of live entertainment, libations, and immersive decor, brought to you by XLE Productions. Note* This event is 21+
.

We celebrate not only the return of conventions and fandom events, but the release of the next installment in one of our favorite film franchises: GHOSTBUSTERS! Dress in your best ‘Buster-chic or simply roll in dressed in your cosplay from the convention, and enjoy an immersive trip into the lore of Ghostbusters with in-world set displays, ambient performers, music by incredible DJs, and a special treat: The Flux Capacitors, who have been at the forefront of combining fandom with live music, and are a staple in the Los Angeles pop-culture scene. And they’re now OFFICIALLY PART OF THE GHOSTBUSTERS UNIVERSE in the latest Ghostbusters Afterlife video game!
.