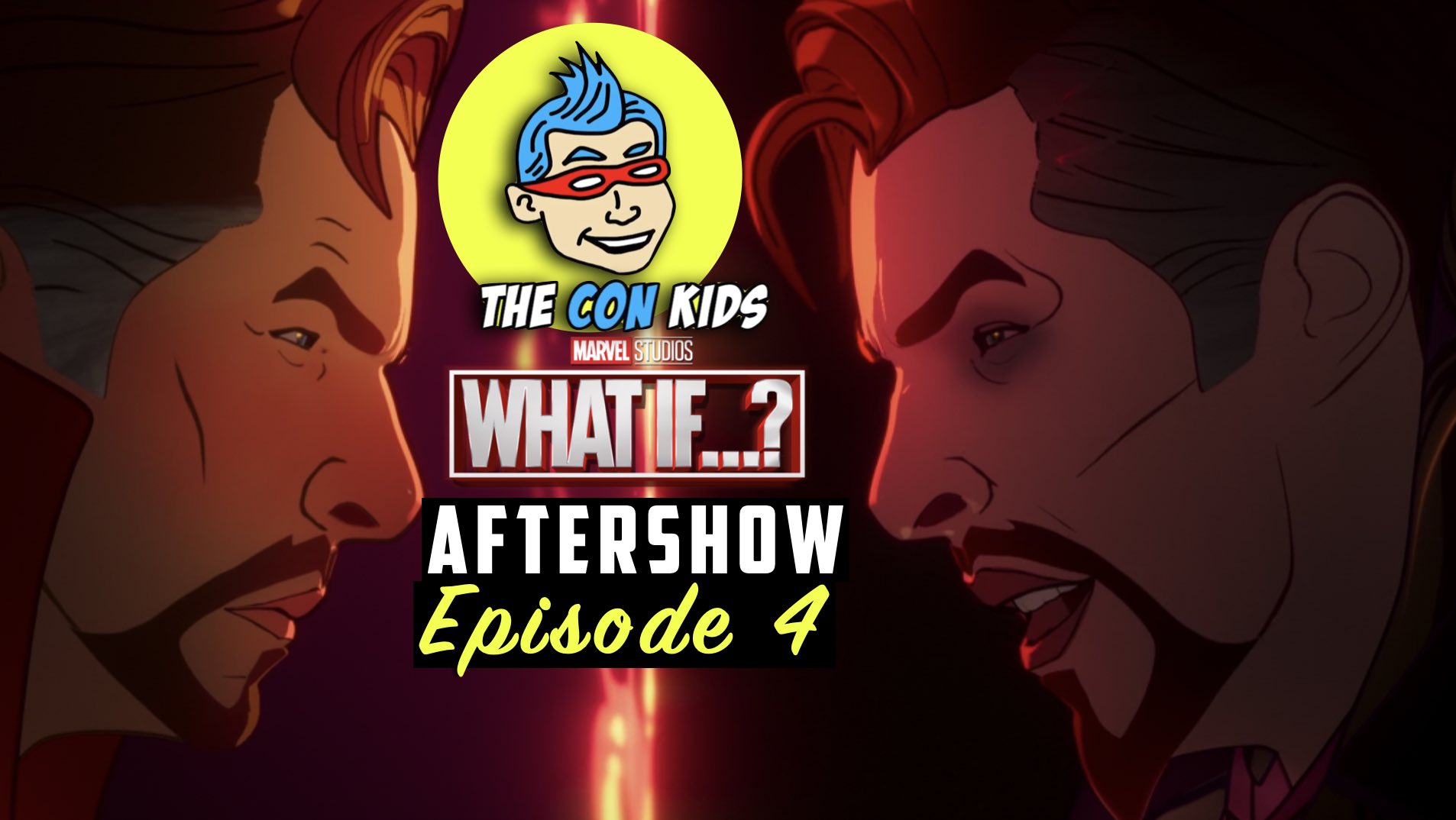 This week THE CON KIDS discuss Marvel’s WHAT IF…? EPISODE 4: What if Doctor Strange lost his heart instead of his hands…. In this episode, a grief-stricken Dr. Strange uses the Eye of Agamotto in a dangerous effort to change the past.

Returning MCU stars include Benedict Cumberbatch as Stephen Strange, Rachel McAdams as Christine Palmer, Benedict Wong as Wong, Tilda Swinton as the Ancient One, and Leslie Bibb as Christine Everhart.

We get a romantic tragedy which pits two versions of Stephen against each other in order to save the woman that they love. The big change here from the movie is that rather than damaging his hands in the car crash, we see him lose Christine during it. She gets killed.

Categories: Featured, PODCASTS
Tags: Disney, Doctor Strange, Marvel, Marvel's What If...?, What If...?