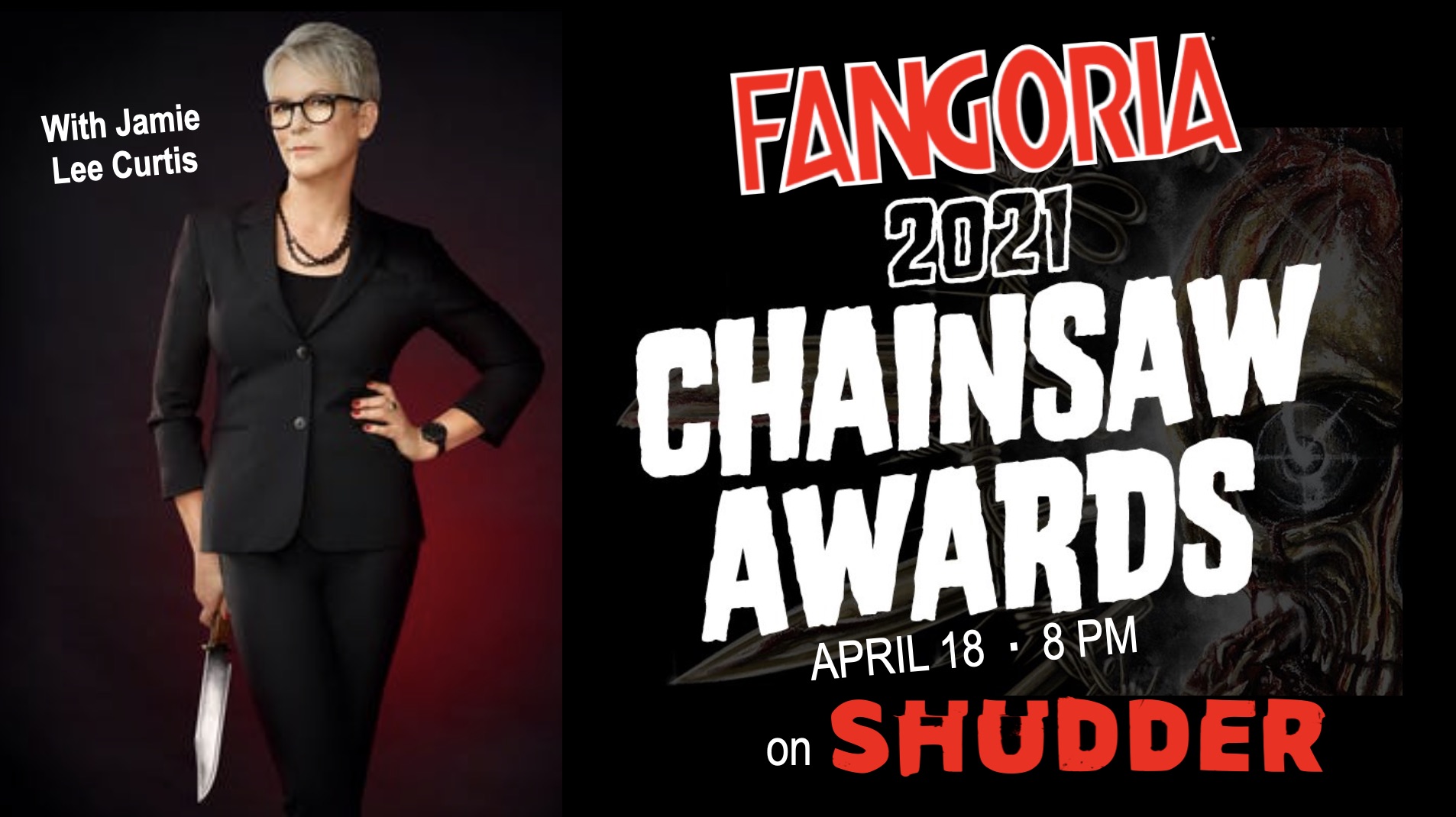 “We’re thrilled to partner with our friends at FANGORIA, a horror institution, to present their annual Chainsaw Awards, televised for the first time in years. We hope to bring Shudder members and horror fans together for a vibrant celebration of the genre we love so much,” said Craig Engler, GM for Shudder.

“The Chainsaw Awards are an institution in horror, having existed in the magazine since 1992. Bringing them back as an actual event has been a dream, and airing them on Shudder is something we’ve been working toward since we resurrected the magazine,” said FANGORIA editor Phil Nobile Jr.

This year’s ceremony will be filmed and hosted virtually with pre and post show on socials. The ceremony will premier exclusively on the “Shudder TV” feed – available only on Shudder’s TV and mobile apps and online at Shudder.com – airing simultaneously in the US, Canada, UK, Ireland, Australia and New Zealand, marking the first time the Chainsaw Awards have been televised globally. The ceremony will also be released via FANGORIA’s online and social platforms after the Shudder premiere.

Since 1992, the Chainsaw Awards have honored top achievements in the horror genre, with past recipients including Jonathan Demme, Sam Raimi, Robert Eggers, Toni Collette and George Romero.