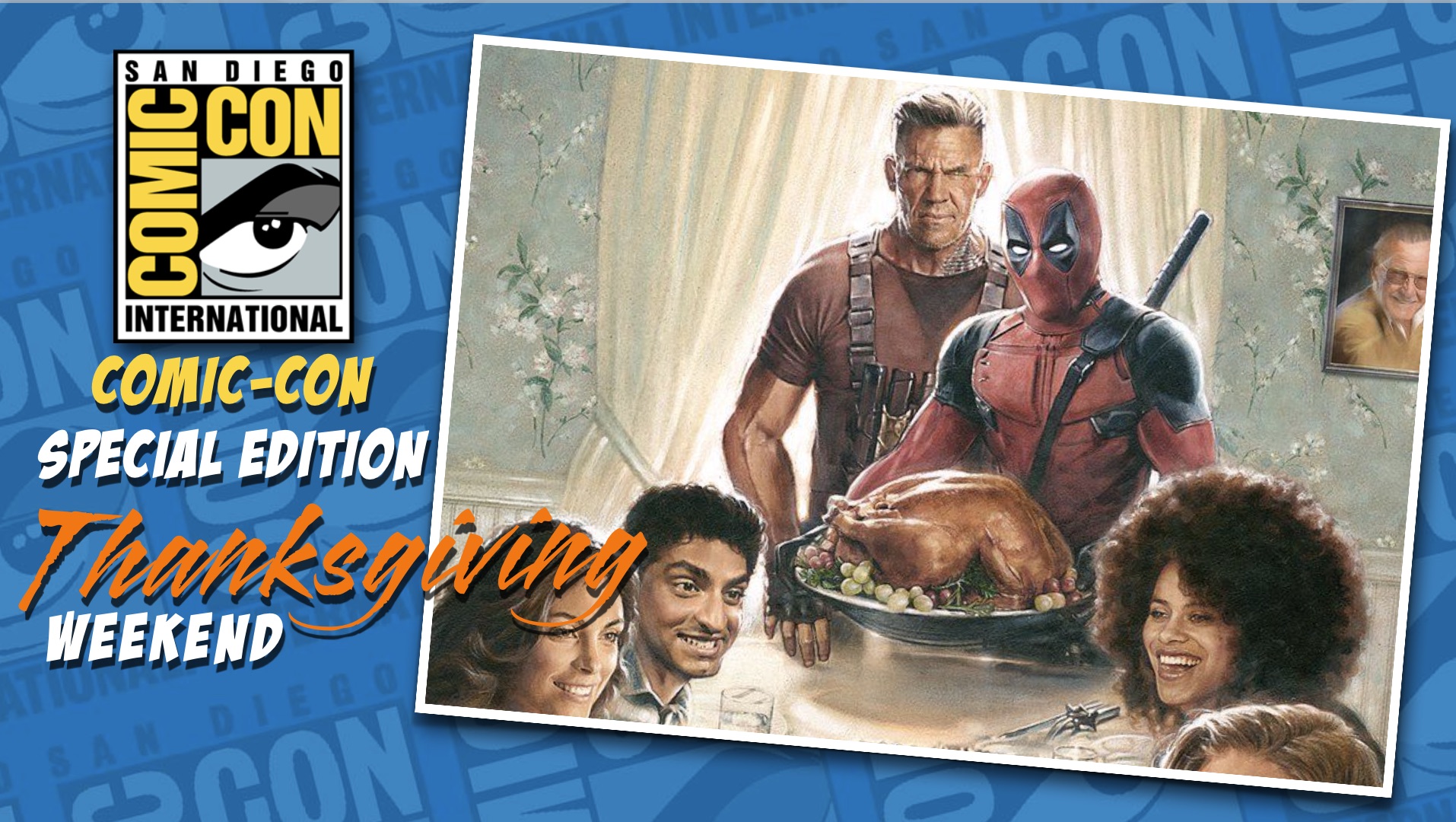 Big news this weekend from the good folks over at San Diego Comic-Con International…. after hosting Wondercon@home this past weekend and scheduling a larger Comic-Con@home event for July 23 – 25, they made good on their promise for an in-person event. That’s right! Comic-Con Special Edition will be held as a three-day event over Thanksgiving weekend, Friday, Saturday, and Sunday, November 26-28, 2021, at the San Diego Convention Center.

San Diego – San Diego Comic Convention today announced dates for their November convention. Comic-Con Special Edition will be held as a three-day event over Thanksgiving weekend, Friday, Saturday, and Sunday, November 26-28, 2021 at the San Diego Convention Center. It is our hope that by Fall conditions will permit larger public gatherings.

Comic-Con Special Edition will be the first in-person convention produced by the organization since Comic-Con 2019, and the first since the onset of the global pandemic COVID-19. The Fall event will allow the organization to highlight all the great elements that make Comic-Con such a popular event each year, as well as generate much needed revenue not only for the organization but also for local businesses and the community.

“While we have been able to pivot from in-person gatherings to limited online events, the loss of revenue has had an acute impact on the organization as it has with many small businesses, necessitating reduced work schedules and reduction in pay for employees, among other issues,” said David Glanzer, spokesperson for the nonprofit organization. “Hopefully this event will shore up our financial reserves and mark a slow return to larger in-person gatherings in 2022.”

As details are still being finalized, badge cost, attendance capacity, and related information will be forthcoming.

There was an update to the message, the next day. You can read it here:

Our decision to hold an in-person event in 2021 was driven by a number of factors. Our primary hope was to be able to gather in-person as a community, something we have not been able to do since early last year. Another was to try to determine how best to effectively and safely produce events in light of current health concerns with the least negative impact on attendees.

As conventions and events have had to cancel their in-person shows or have converted to virtual formats during the pandemic, some have been postponed to later years while others have been rescheduled to the later part of 2021, resulting in a very packed Convention Center calendar. When reviewing dates for an in-person event, it was clear that available meeting and exhibit space would limit our options. Of the dates presented with the fewest restrictions, Friday through Sunday of Thanksgiving weekend seemed to be the best balance of available space and our envisioned event. As longtime fans ourselves, we have attended many conventions over that holiday weekend, opting to spend Thanksgiving day with family and the rest of the weekend with friends and our families of choice. While this is not unusual in the convention trade, we understand this choice is not optimal for everyone.

Comic-Con Special Edition was never intended to be the large gathering reflective of the summer event. As a shorter event, it was our attempt to start slowly and cautiously while at the same time addressing the desire from fans to have an in-person show. There are still many factors that are unknown to us at this time, including space accommodations, travel restrictions, capacity restrictions, and required safety protocols. While open to all and with the hope that we will be able to accommodate fans from all over, we understand that due to potential travel-based restrictions and challenges, Comic-Con Special Edition may be an event attended mostly by fans more easily able to travel to San Diego.

Currently we do not know whether having this event in November is even feasible as we are still in the midst of the pandemic and while we are optimistic about Q4, we have not been privy to any specific information on large gatherings. However, it was our desire to have something in place for our fans who have longed for an in-person event. We truly hope that you will join us for this entry back into the world of in-person celebrations of the community we so love.