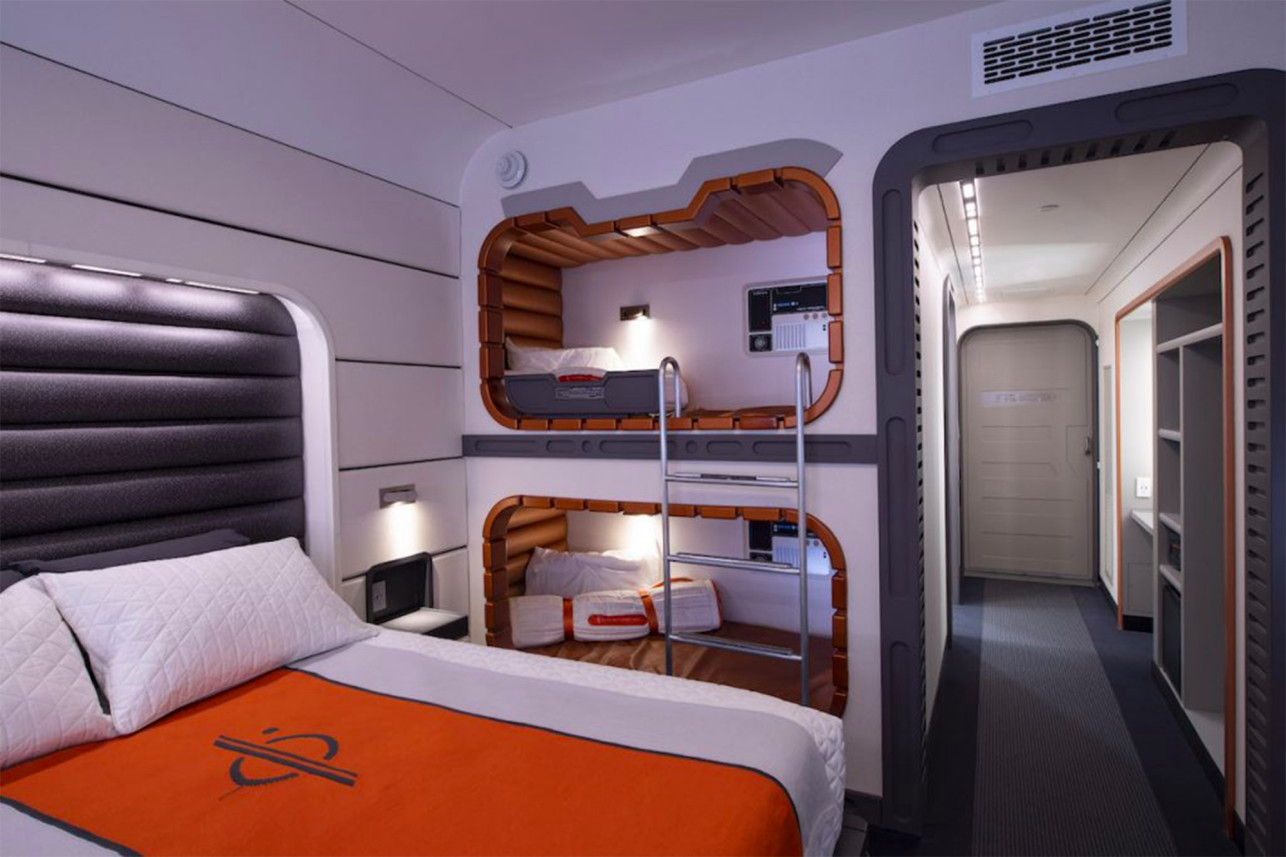 By now, most Star Wars fans (and Disney fans) have heard about the GALACTIC STARCRUISER, a brand-new hotel/resort experience coming to Walt Disney World in Florida, where guests will be fully immersed in the world of Star Wars for their stay. You sleep in Star Wars-themed rooms, eat Star Wars-themed food, participate in Star Wars-themed activities, and even have “off-shore excursions” to Batuu, the planet that is the setting for Star Wars: Galaxy’s Edge. Some people can’t wait to take part, while others have said that this sounds very restrictive and confining. Either way, Galactic Starcruiser released some new images of its cabins. Check them out here: 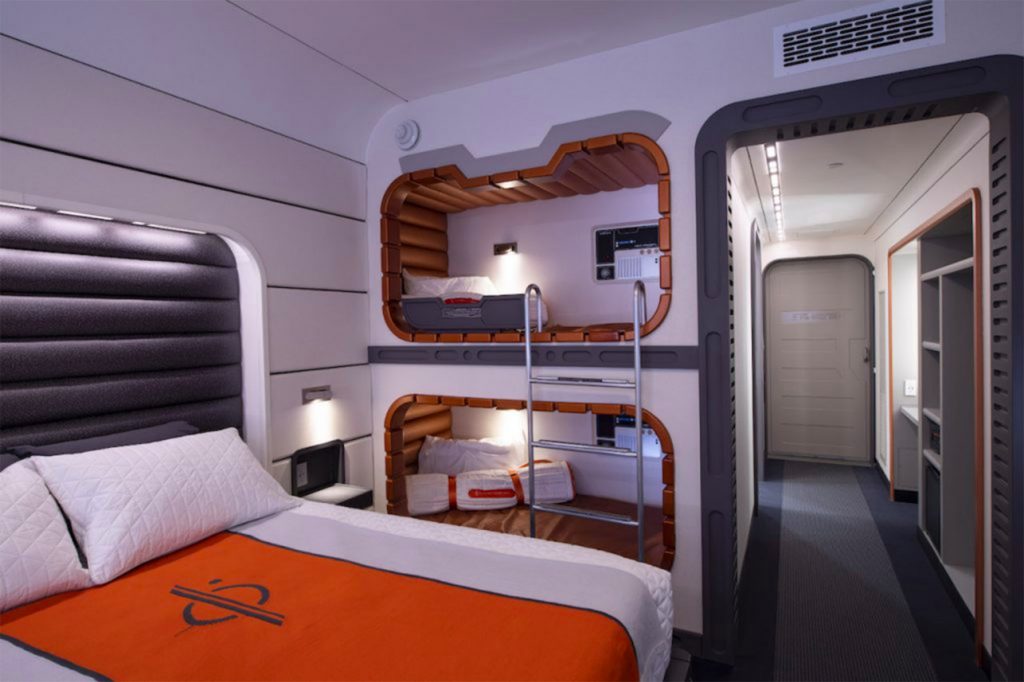 In the above photo, you can see the smaller-sized bunks built into the wall for the kids. 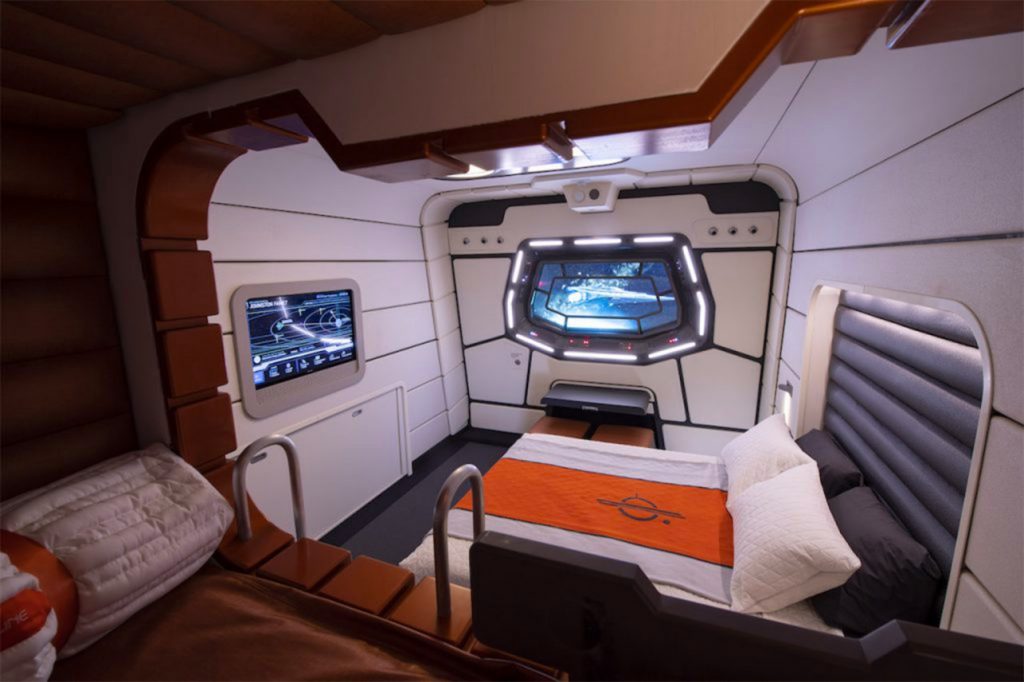 The sleek, white walls have a “window” where guests can look out into space and observe the next planet they are approaching. 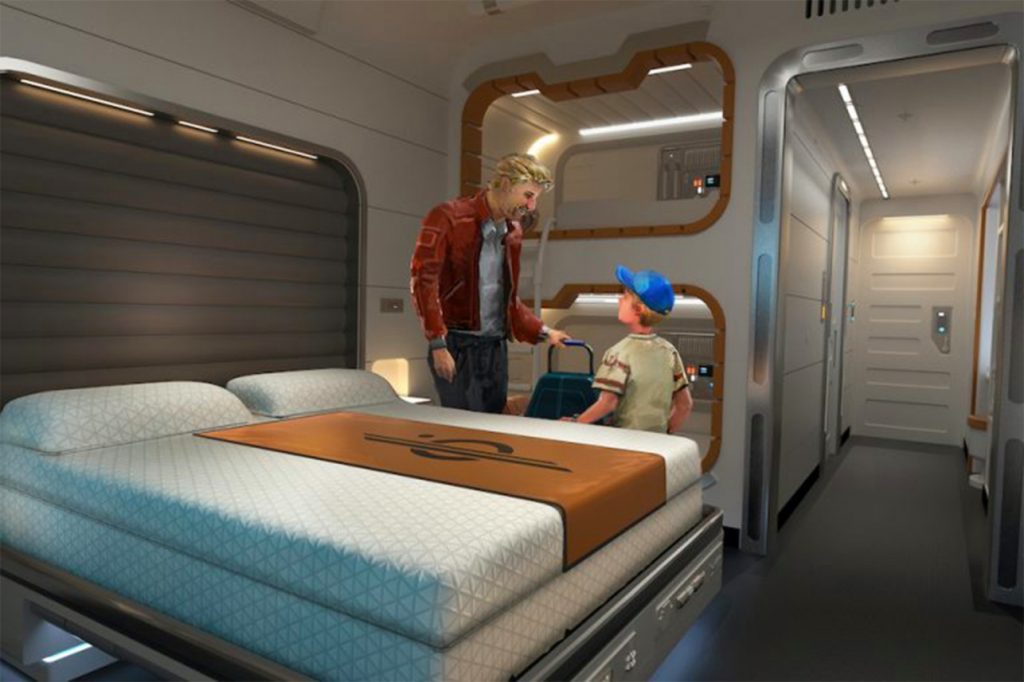 Did anyone else first think this looked like a photo of Star Lord? 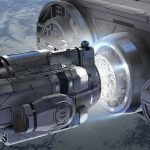 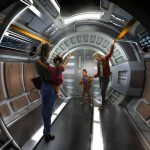 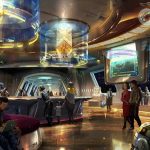 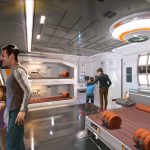 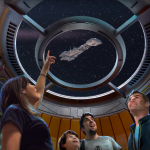 The Galactic Starcruiser will have two room sizes, regular and the “Captain’s Quarters.” A 2-night package starts at $3,300 for one person, or just over $1,000 per person, per day, according to WDWNT.