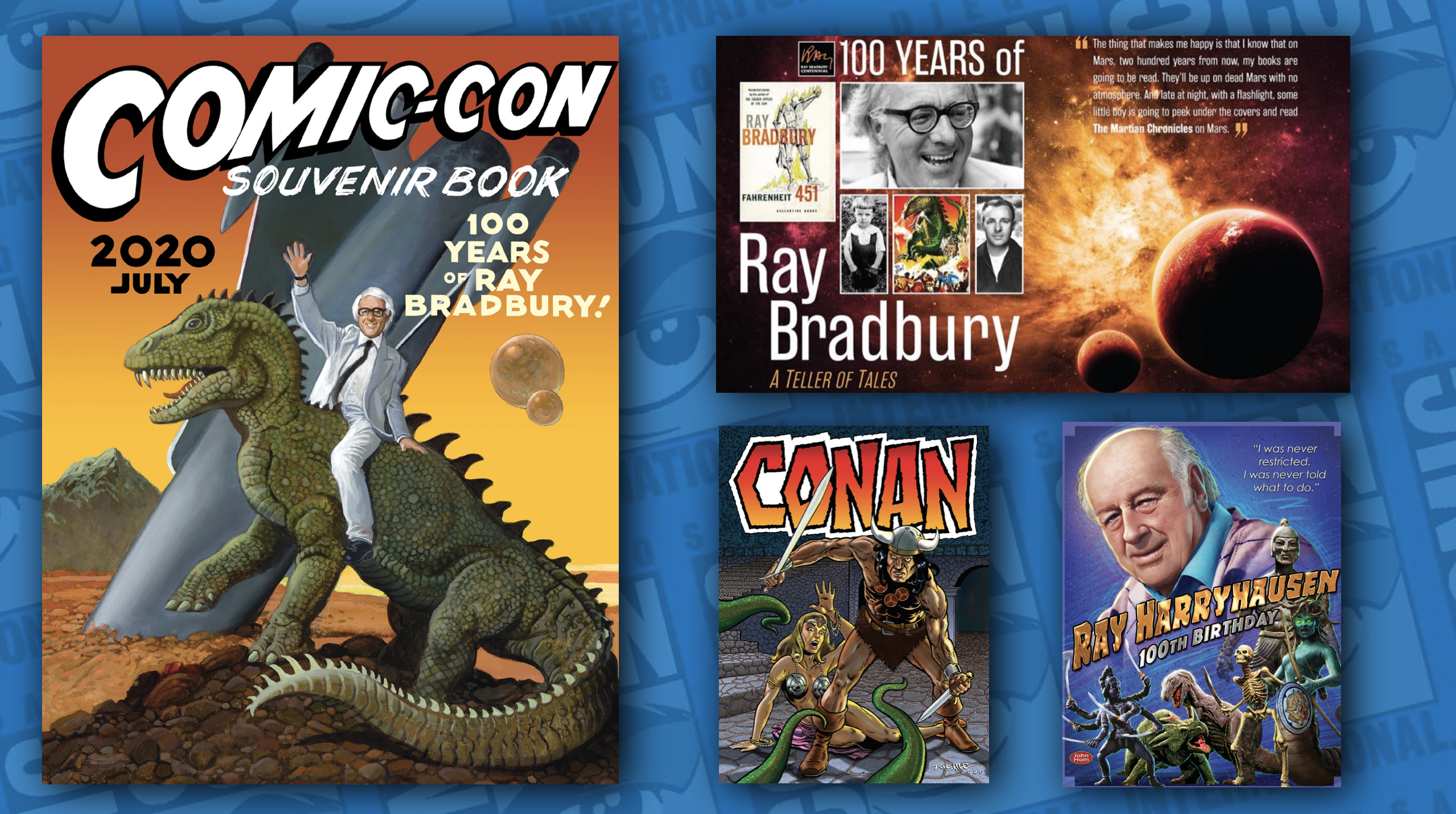 When attendees to San Diego Comic-Con arrive at the convention center each year, they are provided a free carrying bag (usually sponsored by Warner Bros), an extended printed programming guide, and a souvenir book, full of gorgeous photos and tons of cool articles celebrating fandom. And even though this year’s physical convention has been cancelled because of “the ‘Rona,” the fine folks at Comic-Con International have pulled out all the stops to make sure we experience as much of the physical convention as possible. Therefore, they’ve posted the 260-page 2020 souvenir book — a beautifully illustrated and written downloadable PDF celebrating all your favorite fandoms.

Here’s what you’ll get inside:

With an original cover by famed artist/illustrator William Stout, the main feature is the Ray Bradbury Centennial, honoring the 100th birthday of the beloved author and favorite Comic-Con guest. In addition, the Souvenir Book also celebrates the following anniversaries:

Here are a few sample pages from inside the Souvenir Book: 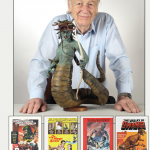 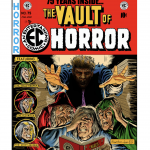 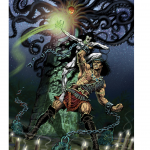 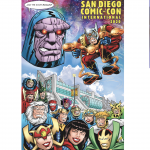 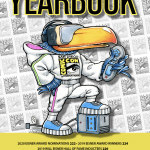