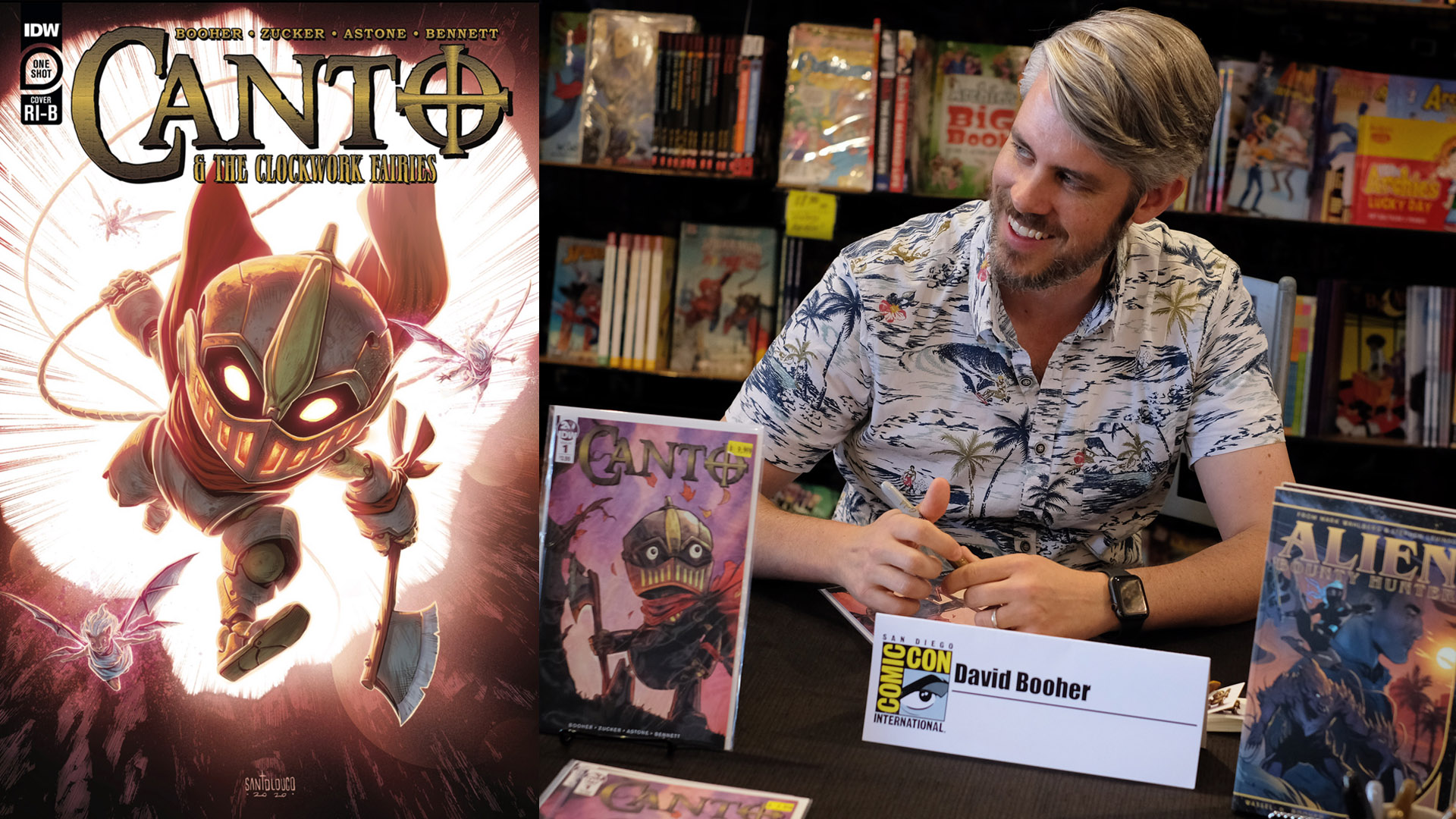 This week we talk COMIC BOOKS! They’re the original fandoms that started it all. They are the lifeblood of the convention circuit — or at least they used to be. Two weeks ago, the Eisner Nominations (commonly called the Academy Awards for comics) were announced… you can see the whole list RIGHT HERE. Comic book writer David Booher, whose book CANTO, was nominated, is here to talk comic books, the Eisners, and the state of the comic book industry. Is it healthy and kicking or on life-support?…. and YES, we’ll also talk about Michael Keaton back as Batman!

DAVID BOOHER is a comic book writer known for Vault Comic’s POWERLESS, which seems almost prophetic in its story about a worldwide pandemic, the ensuing quarantine, and a world where people are quickly losing their super-powers. He also wrote ALIEN BOUNTY HUNTER, which has been optioned for the screen by Levinson and Mark Wahlberg. And he wrote the endearing CANTO, which has received an Eisner nomination.