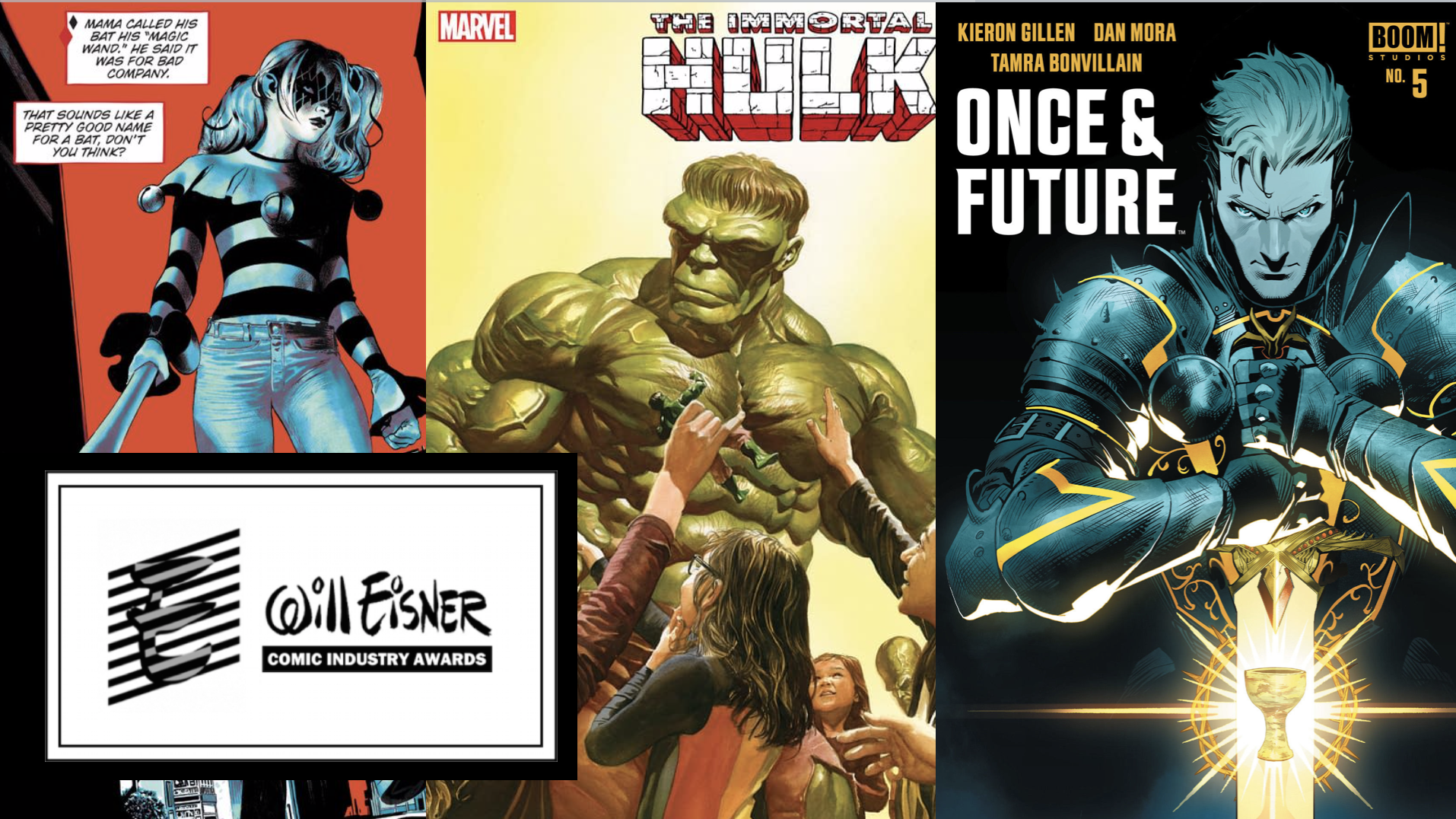 The Eisner Nominations are like the Academy Awards of the comic book industry. They’re usually given out each year during a special ceremony at San Diego Comic-Con, but with Comic-Con canceled for this year, there’s no word on how the Eisners will be handed out, although organizers say that it will still happen in July. That said, the list of nomination was released this week. Here are the 2020 nominations:

Best Short Story
“Hot Comb,” by Ebony Flowers, in Hot Comb (Drawn & Quarterly)
“How to Draw a Horse,” by Emma Hunsinger, The New Yorker,
“The Menopause,” by Mira Jacob, The Believer,
“Who Gets Called an ‘Unfit’ Mother?” by Miriam Libicki, The Nib,
“You’re Not Going to Believe What I’m About to Tell You,” by Matthew Inman, The Oatmeal,

Best Publication for Early Readers
Comics: Easy as ABC, by Ivan Brunetti (TOON)
Kitten Construction Company: A Bridge Too Fur, by John Patrick Green (First Second/Macmillan)
The Pigeon HAS to Go to School! by Mo Willems (Hyperion Books)
A Trip to the Top of the Volcano with Mouse, by Frank Viva (TOON)
¡Vamos! Let’s Go to the Market, by Raúl the Third (Versify/Houghton Mifflin Harcourt)
Who Wet My Pants? by Bob Shea and Zachariah Ohora (Little, Brown)

Best Comics-Related Book
The Art of Nothing: 25 Years of Mutts and the Art of Patrick McDonnell (Abrams)
The Book of Weirdo, by Jon B. Cooke (Last Gasp)
Grunt: The Art and Unpublished Comics of James Stokoe (Dark Horse)
Logo a Gogo: Branding Pop Culture, by Rian Hughes (Korero Press)
Making Comics, by Lynda Barry (Drawn & Quarterly)
Screwball! The Cartoonists Who Made the Funnies Funny, by Paul Tumey (Library of American Comics/IDW)