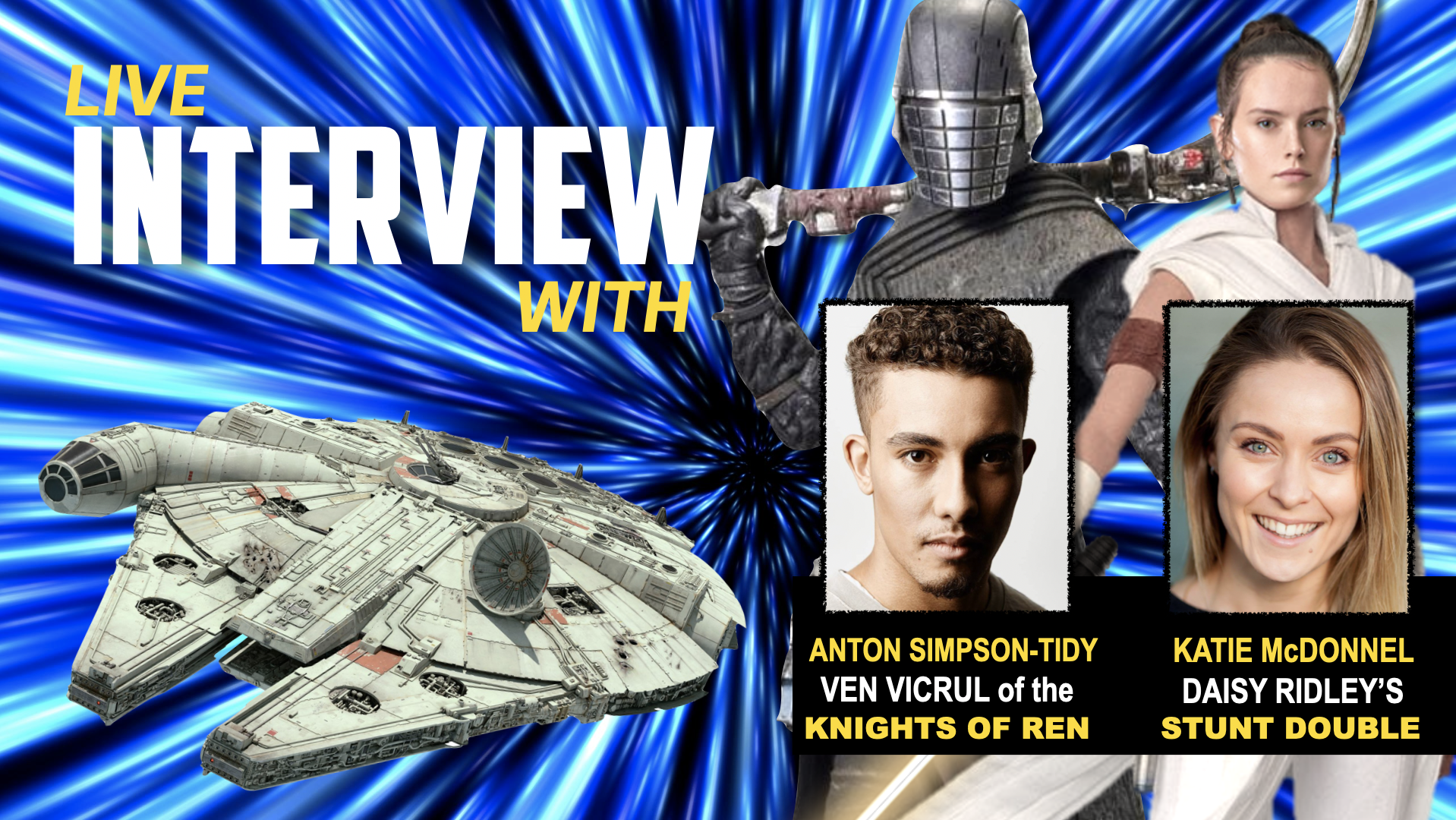 If you missed our incredible interview, no worries! You can watch now. With Star Wars: The Rise of Skywalker arriving on Disney+ this past week, what better time to talk with two stunt performers who were part of J.J. Abram’s epic conclusion to the Skywalker saga! We Zoomed in and spoke live for an hour with ANTON SIMPSON-TIDY, who played the fearsome Vin Vicrul, one of the Knights of Ren, and KATIE McDONNEL, Daisy Ridley’s stunt double. Yes, she’s the one who gave us that AMAZING flip over the TIE fighter scene that appeared in the first trailer. To help fill your Star Wars appetite, check out the interview, here below:

Anton Simpson-Tidy is a stunt actor known for his work on Star Wars: Episode IX – The Rise of Skywalker, where he played the fearsome Vin Vicrul of the Knights of Ren. He was also in Into the Badlands (2015) and Fast & Furious Presents: Hobbs & Shaw(2019), in addition to the upcoming F9, the ninth film in the hugely popular Fast and Furious film franchise.

Katie McDonnell is a stunt performer known for her work on Star Wars: Episode IX – The Rise of Skywalker, as the stunt double for Daisy Ridley; the upcoming Wonder Woman 1984 and Resident Evil: The Final Chapter (2016).

Categories: Featured
Tags: May the 4th Be With You, Star Wars, The Rise of Skywalker