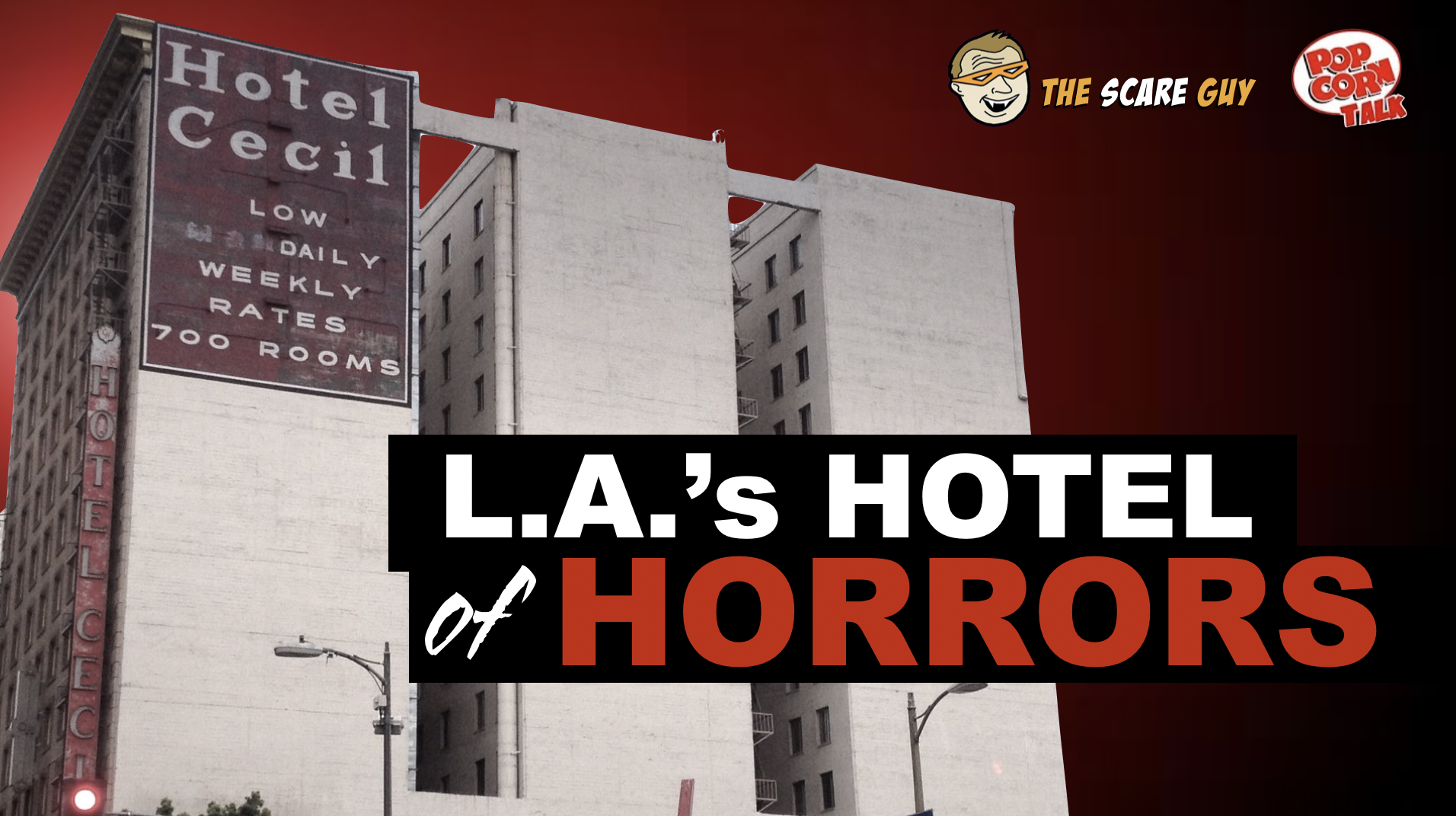 Standing along the darkly historic Main Street in downtown Los Angeles lies one of the most infamous buildings in horror lore: the Cecil Hotel. Since opening its doors in 1927, the Cecil Hotel has been plagued with macabre and mysterious circumstances that have made it a favorite location for ghost-hunters and true-crime aficionados the world over. Nearly 20 murders, suicides, and unexplained paranormal events have taken place at the hotel and it’s even served as the temporary home of some of America’s most notorious serial killers. To top it all off, Ryan Murphy based American Horror Story Season 5: Hotel on this grisly place. WATCH BELOW this week as we explore the history of The Cecil, and also spotlight the Hulu Series (first on Investigation Discovery) HORROR AT THE CECIL HOTEL with our very special guests Bethany Jones and Nancy Ray-Gun.

Bethany Jones: Co-hosted by veteran true crime television producer Bethany Jones, The Pros & Cons podcast is the ultimate insider look into the world of true crime with insight from the pros and cons that actually lived the cases. Bethany Jones has produced hours of true crime TV for networks like Oxygen, A&E, LMN, CNN and Discovery. She has interviewed leading government officials, federal agents, US Attorneys and law enforcement officers across the country, and has established relationships with the Department of Homeland Security, ICE, FBI, as well as local, state and international law enforcement. She was selected by the FBI director in Los Angeles to be one of the few to take part in the FBI Citizens Academy.

Nancy Ray-Gun (ok, maybe not her real name) is a 5th generation native of Los Angeles and bleeds Dodger Blue. Her Great- Great-grandfather was the Maitre’d at the famous Cocoanut Grove at the Ambassador Hotel where Bobby Kennedy was shot. She spent more than a decade and a half as a journalist, reporting on weird Los Angeles news stories, as well as entertainment. Totally Weird Los Angelesis the ultimate community for those interested in the weird wonderfulness that is Los Angeles. Featuring a podcast, a blog, and a social media community, TWLA takes all the best aspects of Hidden Los Angeles, Atlas Obscura, and Huel Hower’s California’s Gold and rolls them into one irreverent, oddball community. One of their feature series is on the Black Dahlia.