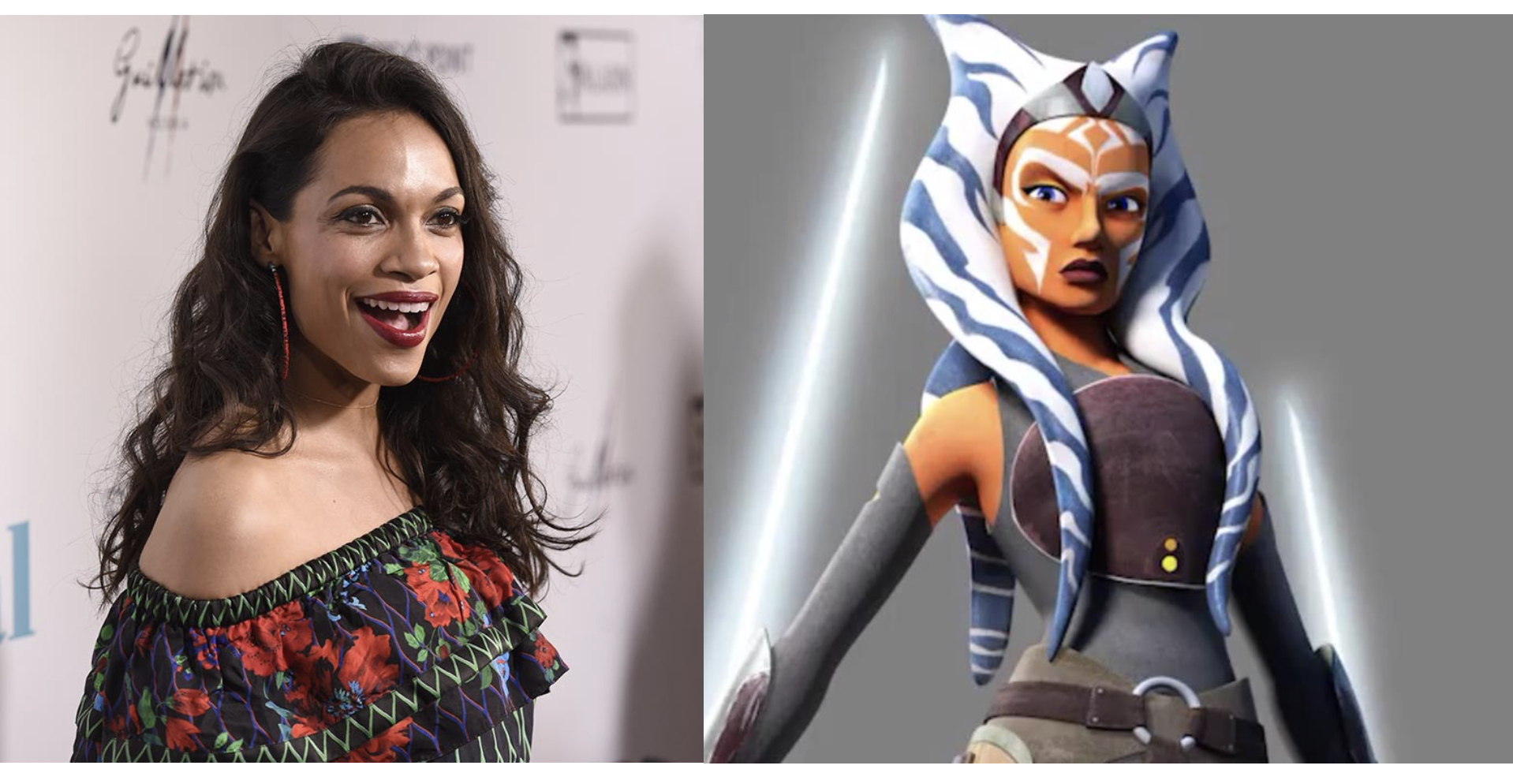 Big news for fans of The Clone Wars — and of Mandalorian (and who isn’t???). We here at THE CON GUY have known for some time that Ahsoka would be joining The Mandalorian next season, but wow, we couldn’t have gotten a better actress than Rosario Dawson! Although we are absolute fans of ASHELY ECKSTEIN, and we 100 percent support her and all that she has accomplished, the choice of Rosario Dawson to play the physical, ‘real’ Ahsoka in Mandalorian is a very cool choice!!!!

According to Slash Film: “We have exclusively learned that Rosario Dawson will appear in The Mandalorian season 2 and are excited to report that she will be playing a fan-favorite character previously only seen in the Star Wars animated productions. Dawson will be playing a live-action version of Ahsoka Tano, Anakin Skywalker’s Jedi padawan apprentice who appeared in Star Wars: The Clone Wars and Star Wars: Rebels. This would be the character’s first appearance in live-action.”

Dave Filoni, co-creator of the animated character, is a director, writer and executive producer on the popular Disney Plus show, whose blockbuster character The Child, aka Baby Yoda, was Disney Plus’ first breakout star.