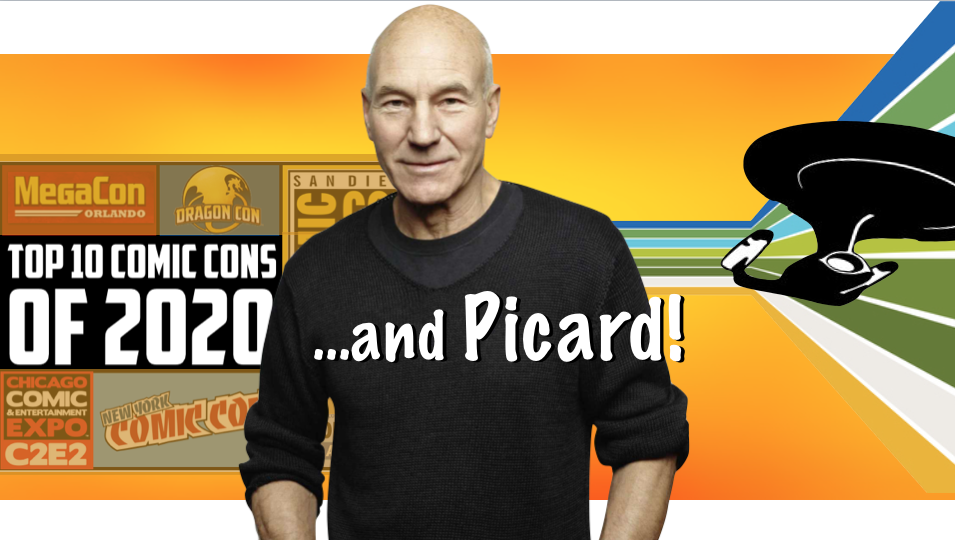 Welcome to the Con Guy Show, your home for news and insider opinions from the world of comic cons, fandom, and pop culture. This week we preview the 10 most important fan conventions coming in 2020. But first, we bring you the biggest geek news of the week, Katie gives a convention update, and Derek engages the brand-new CBS Access series Picard. MAKE IT SO!