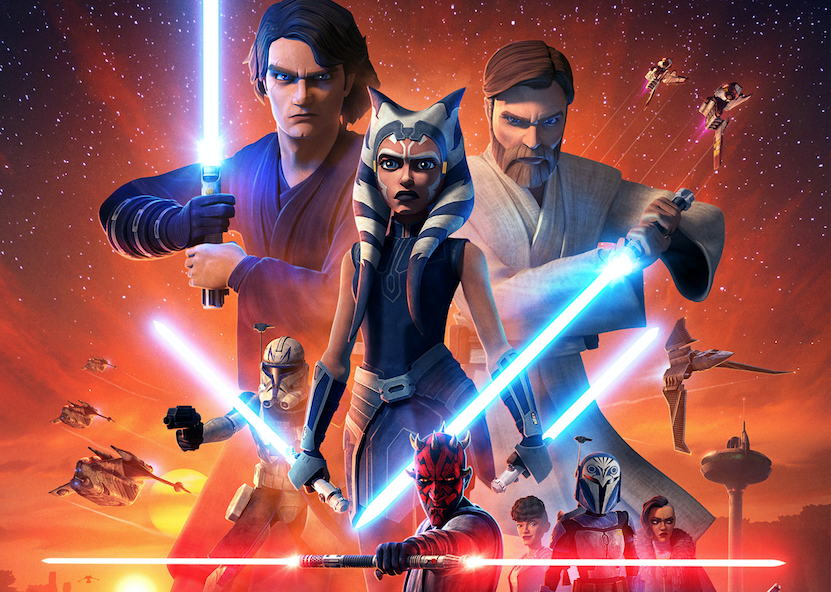 This has been a looooooong time coming, but we’ve now got a date! Continue, The Clone Wars will. One of the most critically-acclaimed entries in the Star Wars saga will be returning for its epic conclusion with twelve all-new episodes on Disney+ beginning Friday, February 21. Disney+ has shared the trailer and key art for the new season:

From Dave Filoni, director and executive producer of “The Mandalorian,” the new Clone Wars episodes will continue the storylines introduced in the original series, exploring the events leading up to Star Wars: Revenge of the Sith.

This past year at Star Wars Celebration Chicago, the Dave Filoni-led panel was, quite frankly, the biggest and most energized panel of the convention. Filoni is a Star Wars rock star, and rightly so, having run the original Clone Wars show and pushing it into the HUGE cultural phenomenon that it is today. Fans of the Clone Wars are passionate of the series, and the return of the main cast to conclude this epic TV saga is something that gets us all riled up. Long live Ahsoka!

And check out this poster! 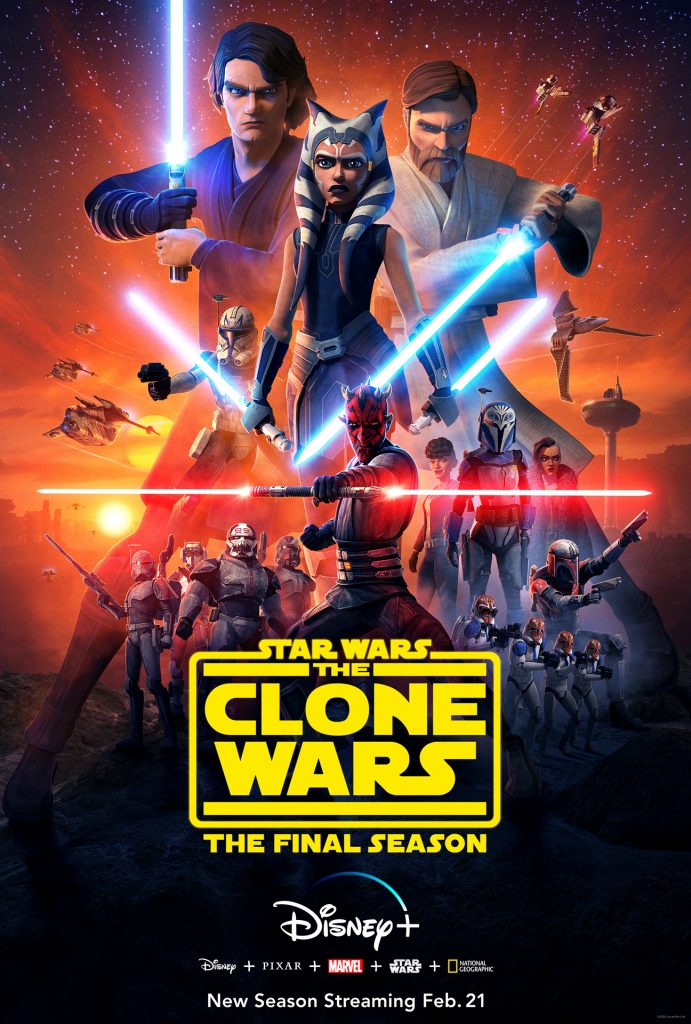