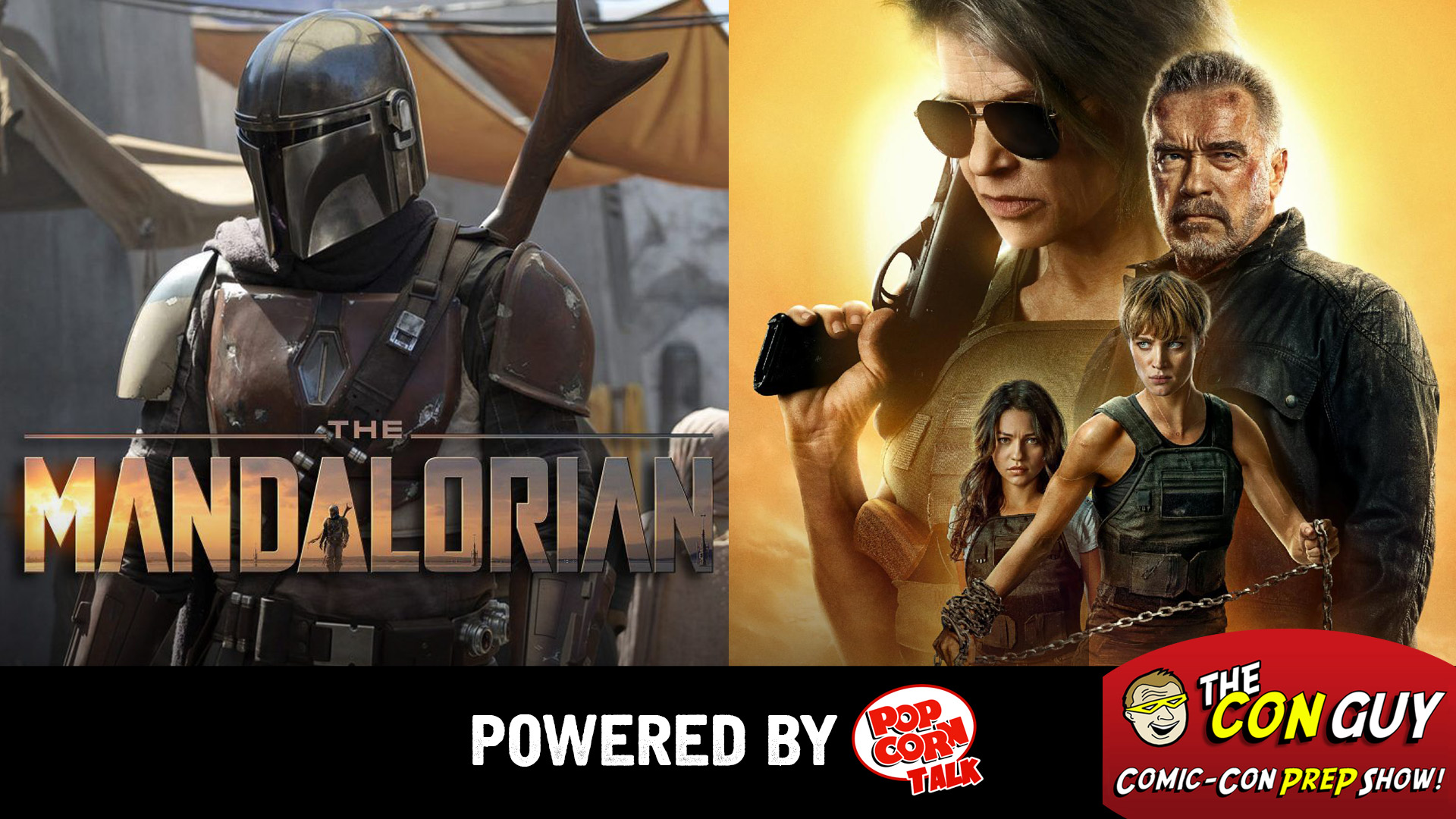 Did The Mandalorian save Star Wars? With Clone Wars coming back in February and the upcoming Rise of Skywalker poised to conquer the holiday season, it’s perhaps not completely accurate to describe Star Wars as in need of saving. But in the very least, The Mandalorian provides a fresh hyper-speed jolt to the beloved franchise. And it comes from the two biggest fan-boys in the galaxy — Jon Favreau and Dave Filoni.

On the flip side, did Dark Fate finally kill the Terminator? Or was the franchise on its last legs and Dark Fate just drove that nail into the coffin? OR, is it still alive and kicking and we’re all just bonkers? We discuss on this week’s episode. Along with news about Comic-Con registration, and the brand-new Funko store now open in Hollywood. MacClunkey!

The show is LIVE each week at 10:10 p.m. Pacific Time… we broadcast from the heart of Hollywood!