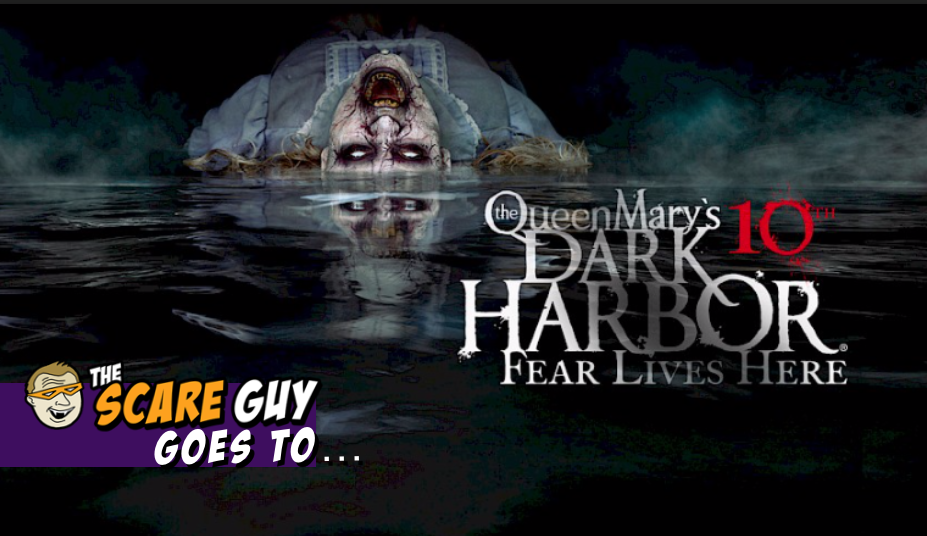 The Queen Mary’s Dark Harbor is Halloween for grown-ups, plain and simple. Hosted aboard the famous (and haunted!) Queen Mary ship — a more than 80-year-old, thousand-foot-, three-stack, Art Deco steamer —this particular haunt event is particularly good for a number of reasons: long, ambitious mazes; decent food; cool atmosphere entertainment; inexpensive price; and lots and lots of drinks. Heck, I think every single maze has a hidden bar inside (at least it seemed that way). Finding those bars is half the fun! Here’s our video overview from the night:

Running now through November 2, this is Queen Mary’s Dark Harbor’s tenth year of Halloween haunts. The footprint of the event straddles the waterfront along the side of Queen Mary as well as a portion inside the bowels of the ship, and features six mazes supposedly inspired by true events that have happened on the iconic vessel. B340, Feast and Lullaby are on board the boat. Intrepid, Circus and new maze Rogue are on the shore.

The off-boat maze ROUGE, which is under a large white dome, is based on the story of a giant tidal wave that almost sunk the Queen Mary during World War II. What’s cool about this maze is that huge, roaring ocean waves are projected onto the insides of the dome as guests wander through, giving the impression that the angry ocean is trying to sink the vessel as soldiers yell and scream. And we gotta say, piles of actual foam at the end was a cool affect…. but do note, it’s real foam and might get your shoes wet. And we found the secret bar! We must say — that Long Island Ice Tee was a great way to ride out that storm!

The B340 Maze is atop many guests’ lists because it’s truly one of the best. It’s inspired by the story of Samuel the Savage, a real passenger who went crazy before being captured and locked in room B340. But he vanished, leaving behind nothing but blood-soaked walls and lots of questions. Once you get onboard, the ghost of Sam the Savage is around every turn — there’s even a section where you can choose to get on your knees and crawl through a tiny space, which in itself is kinda frightening. And watch out for the nun — she’s not there doing God’s work, that’s for sure. 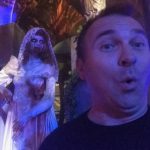 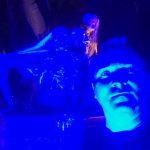 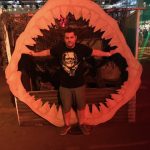 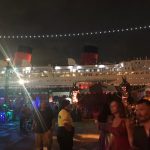 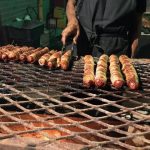 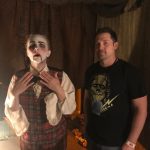 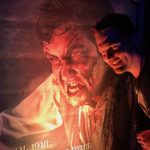 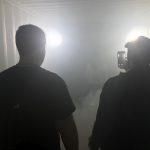 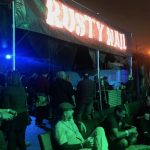 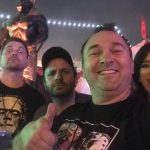 Check out our Tweet below to see our entrance into the event…. it’s a crazy, maniacal carnival of freaks and ghouls, circus performers, fire jugglers, acrobats, and all manner of mayhem.

CIRCUS, located on the dock off the boat, was where the crazy carnival vibe exploded into a fever-dream of a maze, with carnival freaks eager to drag you into the nightmare. It definitely had a nostalgic tilt, back to simpler (and scarier?) times. Remember back in the day when traveling carnivals were all the rage? Most of you probably don’t recall those days, but I do… even the old Jacyees Haunted Houses can be called to mind. The traveling caravan of carnies (carnival workers) would roll into town, prop up a series of tents and ramshackle amusement park rides, then construct a haunted walk-through attraction that was probably about as safe as running across the 10-lane interstate during rush hour. In other words, you took your life in your own hands — and it was great! CIRCUS seemed like that (although the safety level definitely was up to 2019 standards) with all the things that made those road-side death-trap attractions so fun: The mad-house music; a ball pit; a spinning, disorienting tunnel; moving floors; over-the-top-good scare actors; and a hidden bar to wash it all down. Definitely one of the better mazes.

One bit of advice: PLAN TO ARRIVE EARLY, because parking can be a challenge, to say the least. But once you’re parked, it’s all smooth sailing — on the ghostliest, spookiest cruise you’ll ever take. Dark Harbor is 7 p.m. to midnight through November 2. Tickets start at just $34-39 online, with Evil Express upgrade tickets available.