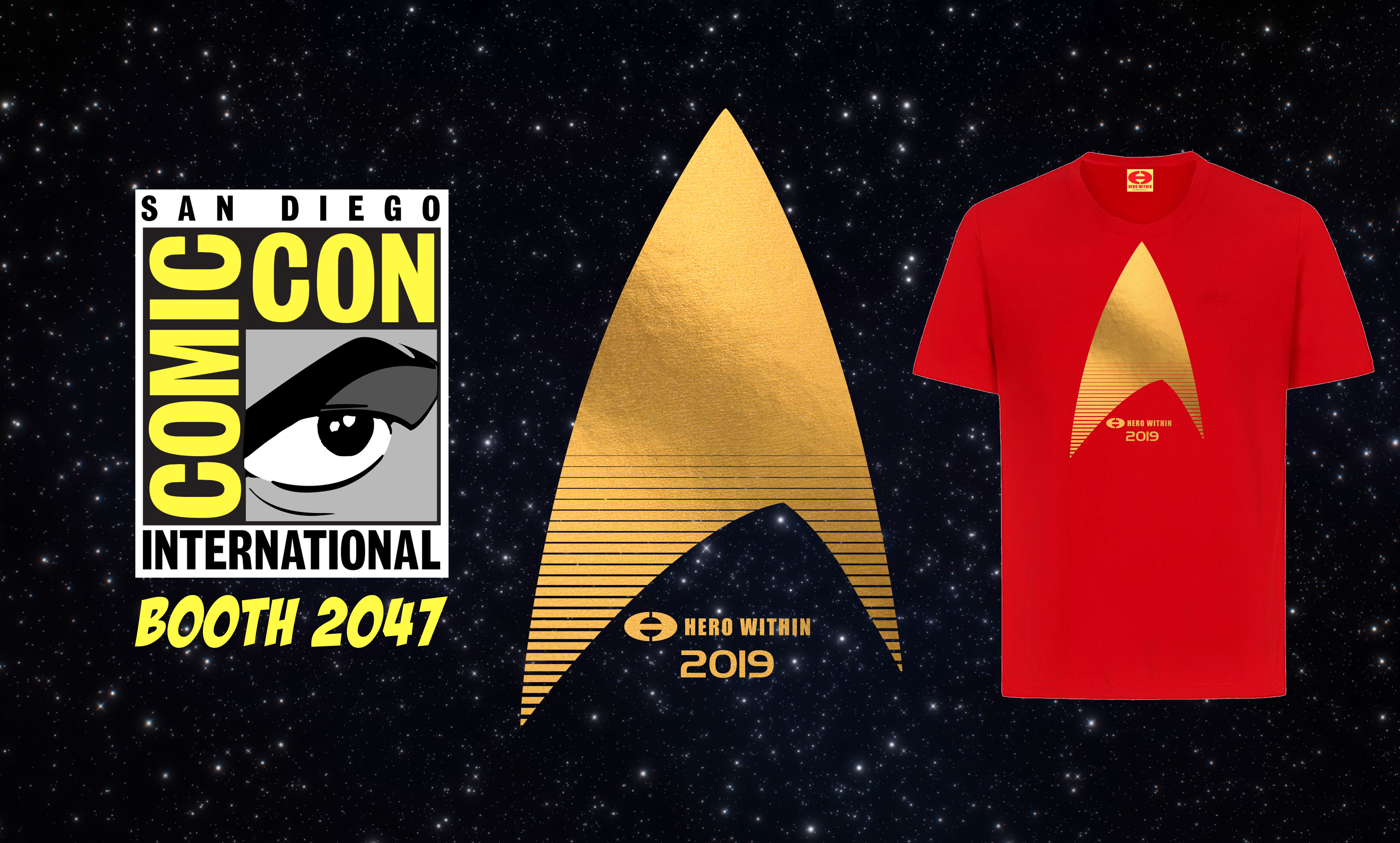 One of our favorite Comic-Con mainstays, Hero Within, made some cool announcements today. Company founder Tony Kim, a friend of us here at the Con Guy, sent out the following message:

Boldly Going Where No Fashion Has Gone Before!

Hey friends, Tony Kim here, the founder and owner of Hero Within. On the eve of San Diego Comic-Con, it brings me great joy to announce a new partnership with CBS. Star Trek is joining the Hero Within family! Adding a license is very significant moment in the life of any company but it’s also a deeply personal moment for me.

I remember being a young boy and my big brother explaining to me that this weird little TV show was coming back as not only a big movie- but a Motion Picture! My tiny impressionable brain could barely comprehend the possible transition from TV to film. At that time, I was a casual fan of Star Trek but after this news, I went full warp speed into my very first fandom. I’m not sure what it was- I guess I was enamored with the idea of time passing with these characters and a universe expanding beyond the constraints of television. Back then, we were not living in the current age of reboots, sequels and prequels so the idea that we could continue to ‘boldly go’ was a mind-blowing concept to me. Of course, we had no internet back then, so all I had to jump start my fandom was a newspaper clipping showing the reunited cast in front of the refitted Enterprise. I stared at that picture for hours. That redesigned ship and the multicultural cast shaped much of my young life as I evolved into a full ‘Trekkie’. Sulu was in fact, the first Asian-American, non-stereotypical, character that I had seen in media and that made a huge impression on me. Star Trek was my first convention I attended, my first club I formed, my first cosplay and the first tribe I identified with. However, among my adolescent peers, Star Trek was not as popular- too cerebral, too talkie, but I loved it. Since that time, I have been to every Star Trek opening night and have followed the universe in all its various forms.

Hero Within is honored to add Star Trek to our family of licenses and we are committed to bring a high standard of style and sophistication to fans. It will take us a while to introduce a new collection but we wanted to commemorate this new partnership with a limited San Diego Comic-Con Exclusive Gold Foil Logo Shirt. Like I said, adding a license for a company is rare so this shirt will only come once so make sure to come by our booth (2047) early to pick one up.

Also, fan feedback is very important to us. We would love to hear from you what type of Star Trek apparel you are interested in. Leave a comment and let us know! I’m also open for collaborations so if you are a young designer and you’re going to be at Comic-Con, reach out to me (Tony@HeroWithinStore.com) and let’s meet up! The adventure is just beginning so subscribe to our newsletter and join us on this journey!