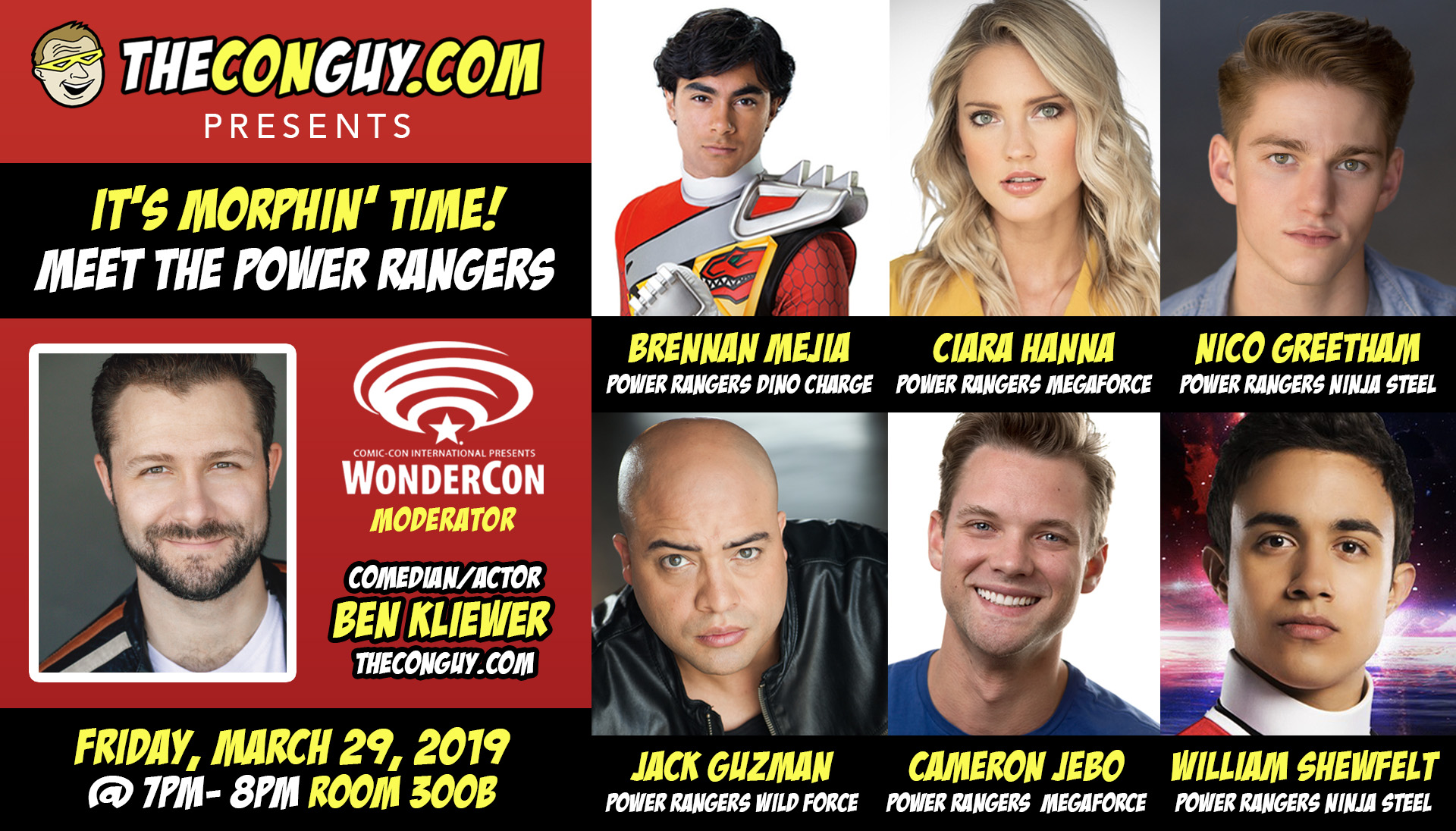 It’s the CON GUY’s first-ever WONDERCON panel! Friday night, March 29, come up to room 300B and spend an hour with THE POWER RANGERS!

On Friday, during the day before our panel, don’t miss your chance to meet and get autographs and photos with the Power Rangers! They’ll be signing at BOOM! Studios, which is located at BOOTH #1301.

Also, check out Ciara and Cameron here on this week’s THE CON GUY show, where we discuss Wondercon, the panel, and all kinds of cool stuff from the set of Power Rangers.