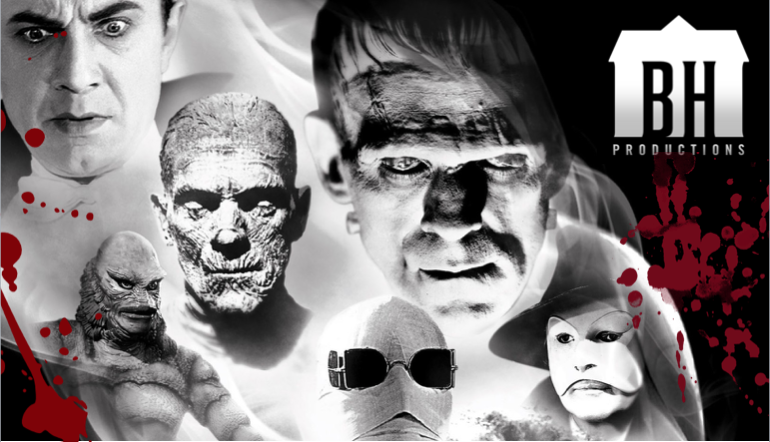 Like a bolt of lightning striking over a dark, gothic castle came the news that Universal Studios had teamed with new horror-maestros Blumhouse on a brand-new and updated Invisible Man movie. It was the proverbial jolt of electricity that those long dead monsters needed to rise from their slumber.

The Hollywood Reporter did an amazing job of summarizing all the reasons that this is the much-needed “shot in the arm” to an ailing former franchise. Lest we forget, Universal has tried multiple times–to varying degrees of success–to update the classic monster lineup of their early glory years: Frankenstein’s monster, Dracula, Wolf Man, Bride of Frankenstein, the Invisible Man, the Mummy, and my favorite, the Creature from the Black Lagoon. Throw in a Doctor Jekyll somewhere and you’ve got a full house of creatures just waiting to be featured.

It was just two years ago that Universal rolled out the trumpets and announced, with great fanfare, that they’d be developing a shared monster universe of films called Dark Universe. And we gotta tell ya, at the time, we here at The Scare Guy were pretty stoked at the prospect of a monster meet-up on the big screen. We, like many others, saw this as a formidable counterpunch to the super-hero shared universes that were all the rage. This is what we said then: “In this era of super-hero team-ups and shared universes, Universal’s Dark Universe is a pretty cool addition to the pond. So, as we see it, we now have the following competing universes: The Marvel Cinematic Universe (both film and TV), the DC Cinematic Universe (both film and TV), the Warner Bros./Legendary big-monster shared universe (Kong and Godzilla), and now, Universal’s Dark Universe.” 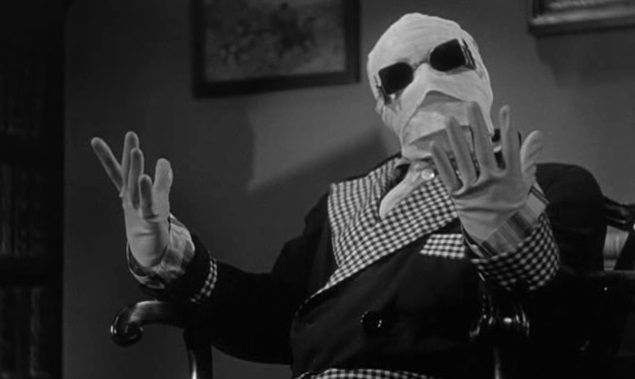 But, here we are two years later, and “shared universe” isn’t all the rage anymore–at least not by everybody. The outsized success of DC and Warner Bros’ Aquaman seems to have convinced the powers-that-be that perhaps not all super-hero films need to fit nicely together. According to Cinemablend, “Last month, Warner Bros.’ DCEU had its biggest success ever with the $1 billion Aquaman. The film, which received generally positive reviews, largely stood apart from the shared universe the studio had been establishing since Man of Steel, and it sounds like Warner is taking a lesson from that. According to Warner Bros. Pictures Group Chairman Toby Emmerich, the studio is shying away from the shared universe and focusing on director-driven stories.”

“Director-driven” seems to be “all the rage” these days. In that vein, take a look at this. According to The Hollywood Reporter’s article, “Universal is approaching its famous monsters from a new angle, abandoning the forced connectivity of a cinematic universe and instead concentrating on bringing new life to these characters through singular, director-driven films that will be unique in terms of budget, rating, and tone. Universal is hoping to accomplish this feat alongside Jason Blum, whose studio Blumhouse has delivered some of horror’s hottest properties over the past decade.” 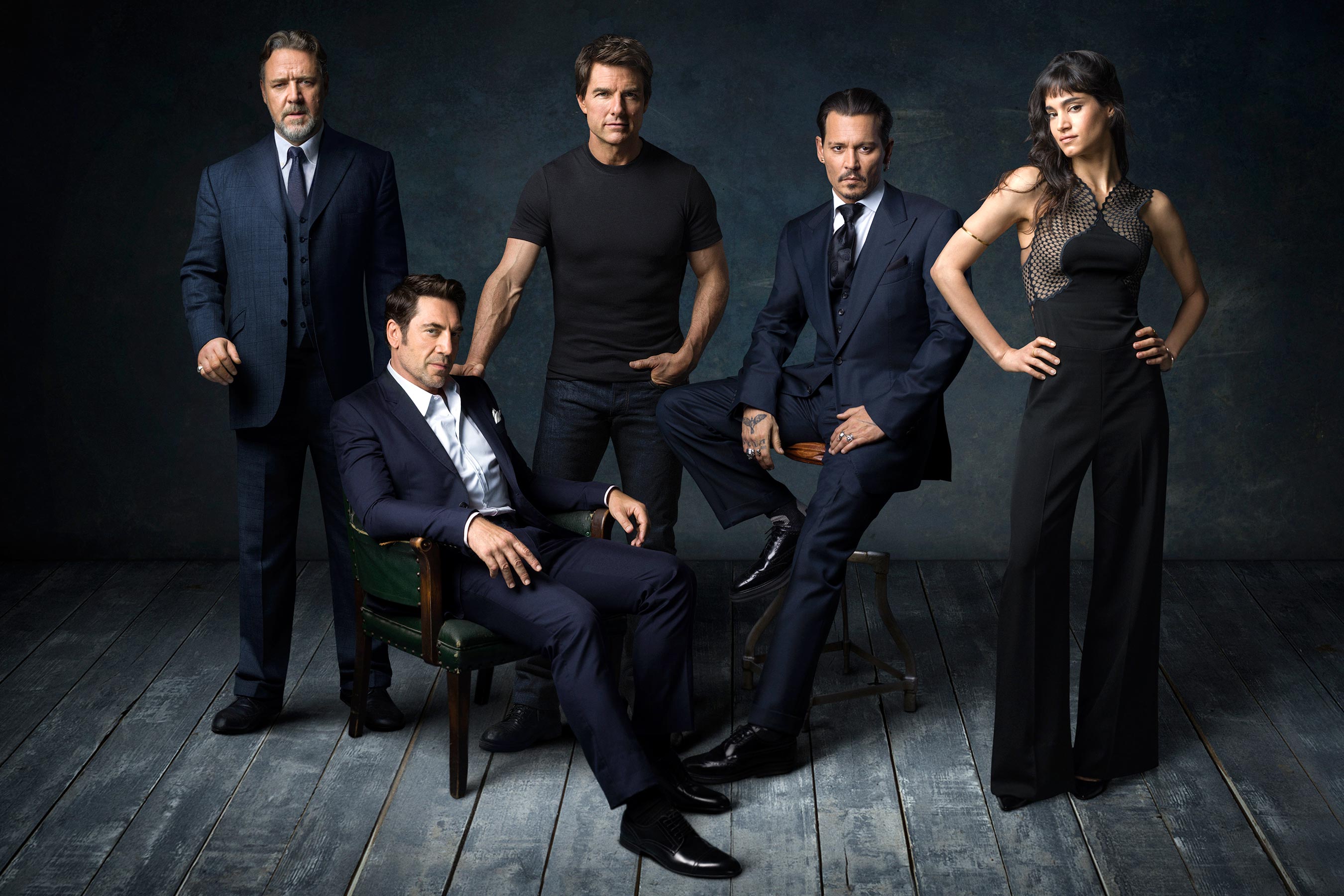 Hmmm, seems like “director-driven” is the new buzzword for these studios. Which is smart considering most of the “star-driven” films have failed to catch on in. Tom Cruise as The Mummy, Johnny Depp as The Invisible Man, Javier Bardem as Frankenstein’s Monster, and Angelina Jolie as The Bride and Dwayne Johnson as The Wolfman didn’t exactly set the world on fire. Let’s be honest, last year’s The Mummy was more like “Mummy Impossible,” as our own Cheeseman called it in this week’s THE SCARE GUY SHOW, (which you can watch below) riffing on the fact that it looked more like one of Cruise’s Mission Impossible films than it did a true horror film. Watch below:

But let’s be honest, Universal’s recent attempts to reboot this shared monster universe just haven’t delivered as expected. Remember Van Helsing? It was kinda fun, and Hugh Jackman did his best to evoke the old-school gothic feels, but it felt more like a giant special effects showcase than a monster movie…. Then 2010’s The Wolfman arrived, staring Benecio del Toro as the titular beast, but it didn’t even make enough money to cover its production costs. Its silver bullet was money-loss and crowd apathy.

What audiences kept getting was a lineup of films that tried to be the scary version of Marvel’s Avengers. And that just didn’t work. From the Hollywood Reporter: “Audiences understandably didn’t want monsters in the guise of superheroes. It wasn’t the cinematic universe that was Dark Universe’s downfall, it was the fact that The Mummy felt like an attempt to capitalize on the Marvel Cinematic Universe, rather than a love letter to Universal’s Monsters. Audiences wanted monsters to be scary, weird, and relevant again. Now with Dark Universe behind them and Jason Blum in its corner, that’s exactly what Universal plans to do.”

There’s the rub….. make monster movies SCARY again. They don’t need to be star-driven effects extravaganzas….. although we do want some good, expert monster makeup!

We hope this latest effort works out…. because our money is on Universal’s monsters. We want them to live again. They should be killed my pillaging villagers, wooden stakes, and silver bullets–not super-hero envy!

3 thoughts on “Can Blumhouse and ‘The Invisible Man’ Save Universal Studios’ Classic Monster Universe?”