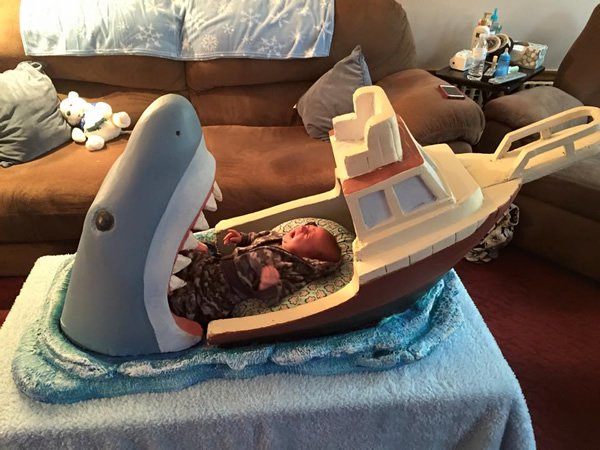 This guy gets the award for Coolest Dad in the World. The last gasp of the great and mighty Quint from Steven Spielberg’s classic JAWS doesn’t seem like a typical scene to recreate for a baby’s bed, but Joseph Reginella doesn’t seem like your typical dad.

According to TECHNABOB.com: This fun cot was created by sculptor and Jaws fan Joseph Reginella, and was inspired by Quint’s death scene in Spielberg’s classic shark film. Apparently, it works great as a place for the baby to sleep, while making everyone else who sees it cringe. And as you can see from one of these images here, it also makes a great cat bed.” 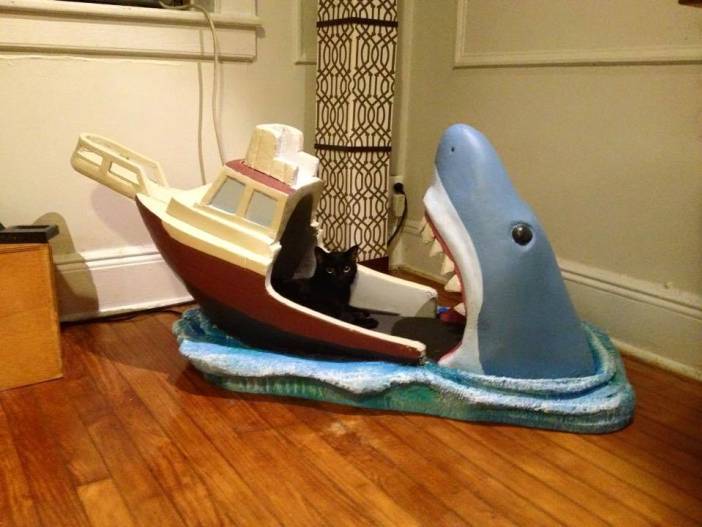 For those who need their memory refreshed, here’s the whole bloody, terrible, epic scene right here: