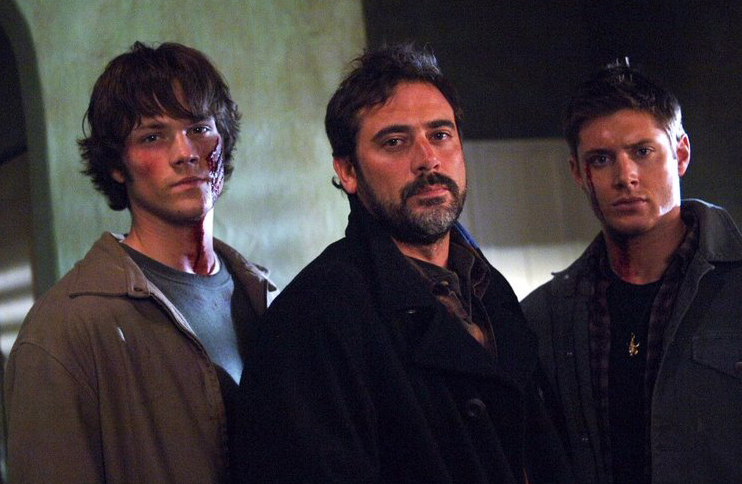 It was just a matter of time — and on Supernatural, dead don’t mean crap. As true fans know, Jeffrey Dean Morgan played Pappa Winchester to Sam and Dean in the early years. And it looks like daddy’s coming home (at least for episode 300).

According to People magazine:

“The 52-year-old actor hasn’t appeared onscreen as the Winchester family patriarch since 2007’s season 2 finale “All Hell Breaks Loose: Part 2,” in which his character sacrificed himself for his two sons Dean and Sam, played by Jensen Ackles and Jared Padalecki, respectively. Morgan last revisited his character in 2008’s season 3, in which he voiced the role of John but was not seen.”

And when last we saw John Winchester…