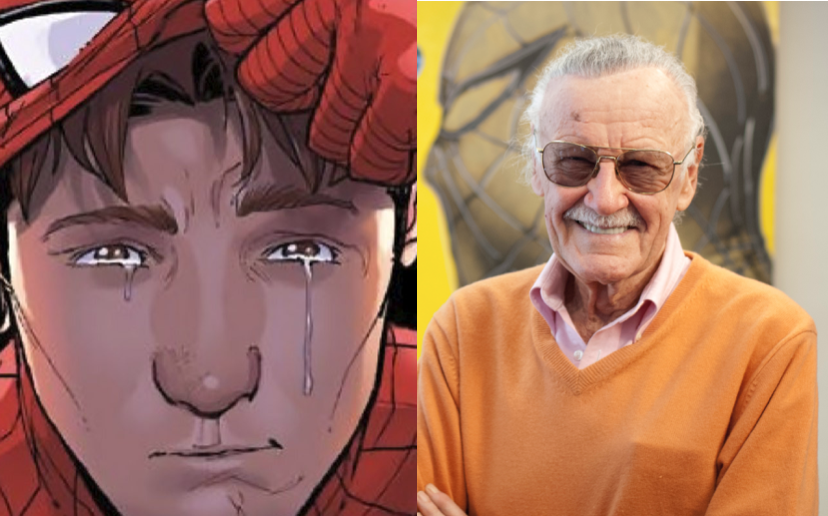 On this sad day, I’d like to honor Stan “The Man” Lee by sharing an interview I did with him on the occasion of the 75th Anniversary of Marvel Comics a few years ago. During that moment, I was able to do something that my childhood self had always dreamed of: have a personal conversation with comic book legend Stan Lee. He was my hero then… he is my hero now. Here is a short portion of that interview:

In your opinion, how did you contribute to Marvel’s success?

Stan Lee: Marvel probably owes its success to the fact that I never interfered with any of its business decisions!

When did you realize that your life would be spent in comic book publishing and entertainment?

Stan Lee: In the ’70s when I started on a series of lecture tours and learned how people loved comics and loved bigger-than-life plots and heroes.

When did you finally think, “I made it; I’m a success”?

Why did you start using the sign-off “Excelsior”!

Stan Lee: I wanted something new and distinctive that would identify me and the projects I was working on. Also, it just sounds so good to me when I say it!

What advice would you give Marvel to make sure it lasts for another 75 years?

Stan Lee: Keep using only the best stories and artwork you can possibly get, done by the best writers and artists. Never stop trying to out-do what you’ve already done and never forget – good enough ain’t good enough!

Stan — you were definitely “good enough.”

From The Hollywood Reporter:

Stan Lee, Marvel Comics’ Real-Life Superhero, Dies at 95.
“Stan Lee, the legendary writer, editor and publisher of Marvel Comics whose fantabulous but flawed creations made him a real-life superhero to comic book lovers everywhere, has died. He was 95.” Full article here.