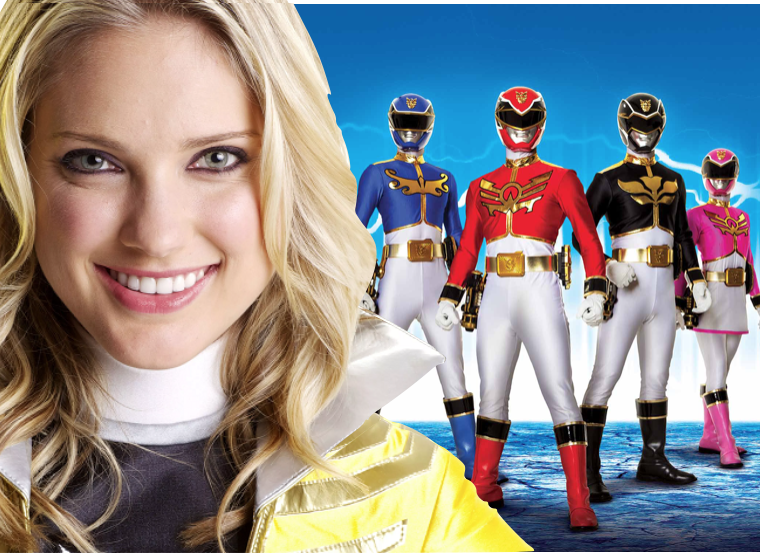 Believe it or not, Ciara Hanna says she’s kinda shy, which is something she had to overcome in her career. She started young–with a kids’ singing group–before leaping onto the national stage as a contestant on America’s Top Model (she admits that reality TV is not her thing) and a recurring role on the long-running soap Bold and the Beautiful. But it was landing the part of the Yellow Power Ranger in Power Rangers Megaforce that catapulted her into international stardom. Because let’s face it–there are very few entertainment franchises that are as well known as the Power Rangers. Although she thought she was auditioning for the Pink Ranger, she ended up playing Gia, the Yellow Ranger. She was our special guest this week on The Con Guy show, talking about everything from traveling to the set in New Zealand, to getting whiplash while being slammed during a stunt, to her love for meeting fans at conventions (“I love hugs!”). Check out our interview with her on this week’s show, right here:

If you’re a fan of the Power Rangers, then Rangerstop Orlando is where you need to be. Ciara will be there, along with a whole slew of other guests. Rangerstop Superhero Comic & Toy Con offers a variety of events and guests from different seasons of Power Rangers. With celebrity guests, shopping, cosplay, and panels, Rangerstop has everything for the Ranger fans. So grab your tickets now! 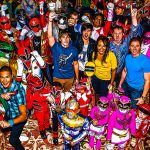 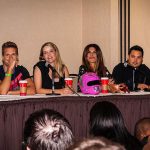 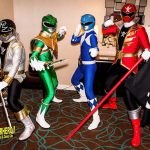 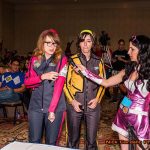 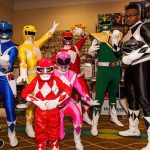 This is the short film where Ciara got “whiplashed.” Check out the scene where she’s smashed on the ground–and hard! When iconic Street Fighter, Ryu, encounters the Power Rangers, he learns that their nemesis M. Bison and Rita Repulsa have plotted to take over the Morphin Grid. With the help of Ninjor, creator of the Power Coins, Tommy Oliver provides Ryu with the Crimson Hawk Power Coin, allowing him to morph into Ryu Ranger.

The brand-new game Power Rangers Legacy Wars is out now. According to Comicbook.com, “The new mobile RPG that features a variety of Power Rangers teams is now available on iOS and Android devices… For those unfamiliar with the game, Power Rangers All-Stars is a fully 3D RPG where you will control 5 of your favorite Rangers as you make your way through dungeons and battle larger than life enemies. This is a hack and slash RPG, and you’ll have special abilities that you can use during the battle that all have countdown timers, but you’ll also be able to utilize the Megazords as well, as you can see in the gameplay footage above.”

What’s up next for this tireless franchise? It’s Power Rangers Beast Morphers, coming out in February 2019. According to Nerbot.com, one of the biggest things to get excited about the new series is “Heroes clad in leather instead of spandex, high-reflective shades instead of black visors, and mecha that emphasize highly detailed and functional individual components instead of over-the-top combinations (though they all still combine).” Pretty cool! Catch the trailer right here:

Earth has been at peace for several years. Scientists have created technology to harness the power of the Morphin Grid. But the tech was corrupted by Evox, an evil virus. Only one force can stop him: The Power Rangers! By mixing Morphin Grid energy with animal DNA, they create new powerful morphers, Advanced weaponry, robotic defenders, dynamic zords, and mighty megazords! Let the cyber battle begin! Power Rangers: Beast Morphers! Coming in 2019.