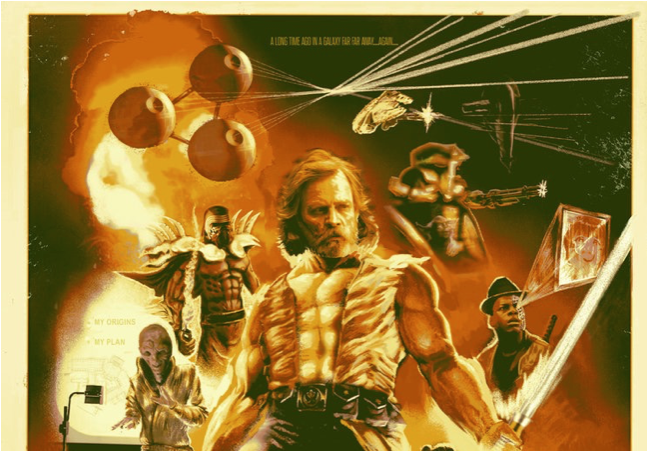 Okay, okay…. we know this won’t really go anywhere, but what a great poster (although I’m not sure I like the overweight Slave Leia – let’s allow our princess to rest in peace). But I gotta say — This is pretty great. THIS is the Luke Skywalker as many fans think he should have been portrayed in The Last Jedi, instead of the more “dismayed” (that’s putting it mildly) little man that we saw.

For those who may not be aware, after the deeply divisive reaction to Rian Johnson’s The Last Jedi last year, a movement formed online to re-make The Last Jedi, with the expressed purpose of returning Luke Skywalker to the great hero that he should have been. Of course, this particular movement will go absolutely nowhere EXCEPT for amplifying the fact that certain segment of the Star Wars fandom is extremely unhappy. And don’t think Lucasfilm is unaware of their noise. Many folks will dismiss these rebel-rousers (YES, that’s a good name for them… seems to fit) as just disgruntled old guys. But that’s just typical name-calling from people who refuse to come down out of their smug towers and actually listen. Dismissing their complaints outright is something that Lucasfilm would do at its own peril — case in point, the disappointing performance of Solo (a VERY good film!) has been blamed possibly on the negative fan reaction to Jedi.

Anyway, here’s the poster with some social media reaction. Have fun! And ALWAYS remember — enjoy your fandom, but don’t attack those who disagree. That just makes you part of the problem. Making this poster is a FUN way to express disagreement. 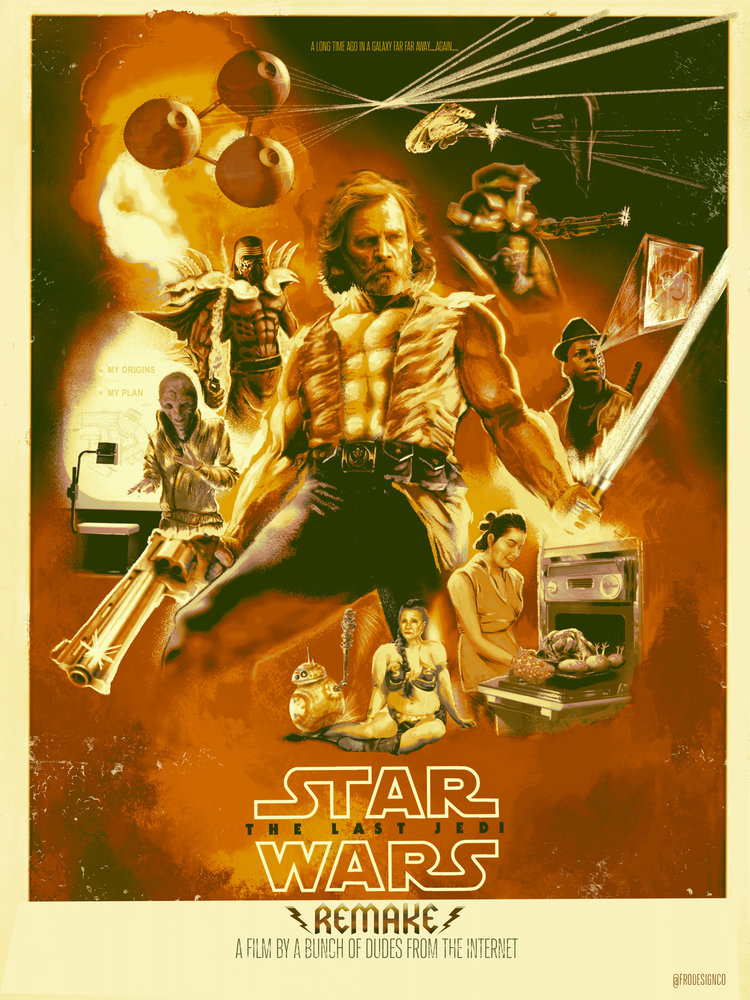 You can PURCHASE the poster here.

A campaign to re-make The Last Jedi is not being taken very seriously by many Star Wars fans. https://t.co/dj0PXD4nbk

Because you are so good natured about this, Rian, I’ll be fully supporting your new trilogy.

All it’s missing it’s Admiral Ackbar sacrificing himself like the “bold, brave commander” he is.