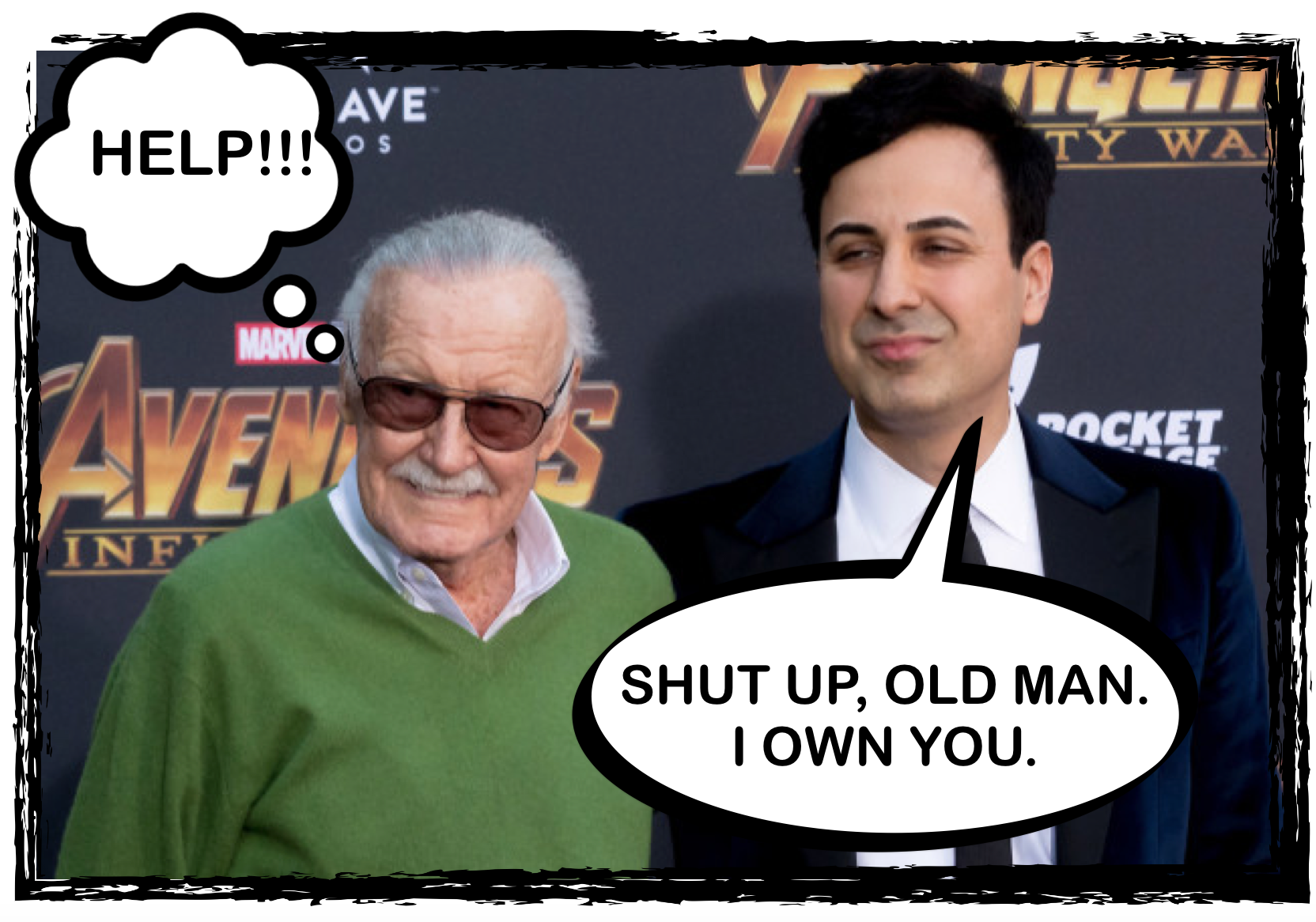 Hopefully this is going to finally work itself out, but for crying out loud — is there ANYBODY that’s looking after the best wishes of Stan Lee? According to The Hollywood Reporter and other reports, Stan Lee has filed a temporary restraining order against his business manger, Keya Morgan. He’s requesting a permanent restraining order. And we, for one, couldn’t be happier. From everything we’ve seen, it appears as if Morgan is a crook who’s just out to line his own pockets with Stan’s money, while at the same time mistreating (some claim abusing) Stan.

And get this–just a couple days ago, Morgan was arrested by the Los Angeles Police Department on suspicion of filing false police reports. According to the Hollywood Reporter, “Keya Morgan was arrested around 1 p.m. and taken in to custody by the LAPD’s Hollywood Division. His bail was set at $20,000. Morgan is due back in court July 2. Police did not release the exact details of the arrest, but it may have something to do with a report earlier this month that Lee was allegedly confronted at his home by two gunmen who demanded money from the 95-year-old Marvel icon.”

But the “gunmen” account is pure hogwash. Just plain hogwash. Here’s what TMZ has turned up: “According to the docs — obtained by TMZ — the order was filed by Stan’s former attorney, Tom Lallas. Lallas claims that Morgan took control of Stan’s home in February and moved him to a condo in June … he says Morgan has isolated Stan from friends and family members….As for the incident with the gunmen, the docs claim on May 30 cops and adult protective services conducted a welfare check on Stan. Lallas says Morgan arrived to Stan’s home during the welfare check but was kept out of the home by security guards. The docs claim Morgan then made a false 911 call telling cops 3 unidentified burglary suspects (the detectives) were inside with Stan and had locked everyone else out.”

A judge has granted the order — which says Morgan must stay 100 yards away — and a hearing is scheduled for July 6. (Everyone everywhere rejoice!!!)

To make things even murkier and stranger, just days before Keya’s arrest, Stan tweeted out this creepy video:

My only partner and business manager is @KeyaMorgan not all the other people making false claims. pic.twitter.com/JKUT1BZNI7

Lest we forget, however, Keya is the guy who shut out all of Stan’s other business contacts and claimed sole legal authority over Stan’s finances and care. And just to remind everyone, here’s what’s weird: Stan signed a document declaring that Keya and other men were “bad” and wanted to gain influence over Stan’s estate. Of significance is that fact that this document also claimed that Stan’s daughter, J.C., was demanding money from Stan. He seemed to insinuate that she was working with these other “bad actors.” Sigh.

The web is pretty tangled. Keya is a memorabilia dealer, and makes his money off of selling cool, geeky stuff that we all love…. seems to me that he believes to have found his “cash cow,” aka Stan the Man, and he wasn’t planning on letting go. THANK GOD he got arrested and ousted (at least temporarily) from Stan’s life.

To further complicate the story, according to Syfy, “Back in April, news broke that the aging Marvel legend had purportedly been manipulated by various people to make a profit. This includes allegations against his ex-publicist Jerry Olivarez, who is accused of stealing $1.4 million from Lee’s bank accounts while also taking samples of the man’s blood to stamp onto comic books.”

Now, more than ever, Stan Lee needs a hero. And fingers are crossed that may–JUST MAYBE–this whole ugly mess might be nearing a close.