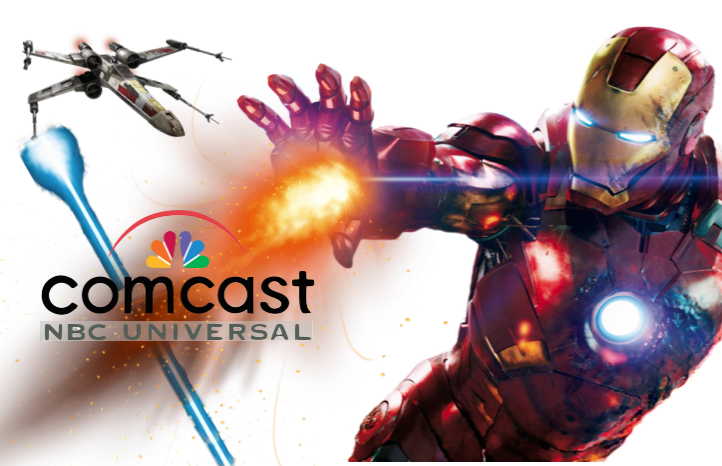 Drama. That’s what this is. Just a few months ago, Disney shook the entertainment world by announcing it had agreed to buy Fox in an all stock $52.4 billion bid. Geeks rejoiced because it meant that the X-Men, Fantastic Four, Galactus, and all the Star Wars film would finally be together again under one roof.

But not so fast–Comcast, which owns NBC, Universal Studios, and the Universal Studios theme parks, didn’t take too kindly to that arrangement, so they’ve swept in like a hawk trying to grab the Fox prize before Disney gets its hands on it. And guess what? Comcast is reportedly ready to make a $60 billion all-cash bid. How’s that for stirring the pot?

The devil is in the details, and this battle might be over sports programming rights more than anything. But who would be the better custodian of these assets? The safe money is on Disney. Their Marvel division has been nothing short of (for lack of a better word) MARVEL-OUS! They’ve fielded 19 blockbusters and racked up nearly $17 billion in just 10 years. I mean, there’s really never been a success story like it. And if you add in the profit from Fox’s Marvel properties, such as Deadpool, X-Men, and others, that number goes even higher. It seems like a natural (if not monopolistic) fit.

Comcast, on the other had, has been jonesin’ for some more content to add into its stable, and its theme parks. Many folks don’t realize that Universal Studios has the largest collection of Marvel-themed attractions on the planet. Yup, their Orlando Islands of Adventure park contains Marvel Super Heroes Island, complete with a Spider-Man 3-D ride-through simulator and a giant, green Hulk-coaster. It’s one of the best theme parks in the country, by far.

Who will win this giant battle of heroic proportions? Who should? Which outcome would be better for fans? Who knows? I hate the fact that all our childhood fandoms are being bought up and shoved under one roof. The Disney/Marvel deal has produced unprecedented success and fan loyalty. We can’t say the same for the Disney/Lucasfilm deal, although the new Solo: A Star Wars Story is pretty awesome.

We’ll have to wait and see… hopefully, one day, the X-Men can cross over with the Avengers (or what’s left of them after Thanos has his way with them). In the meantime, I’m gonna go see Infinity War again. And then Deadpool. After all, there’s not much else in the movie theater.