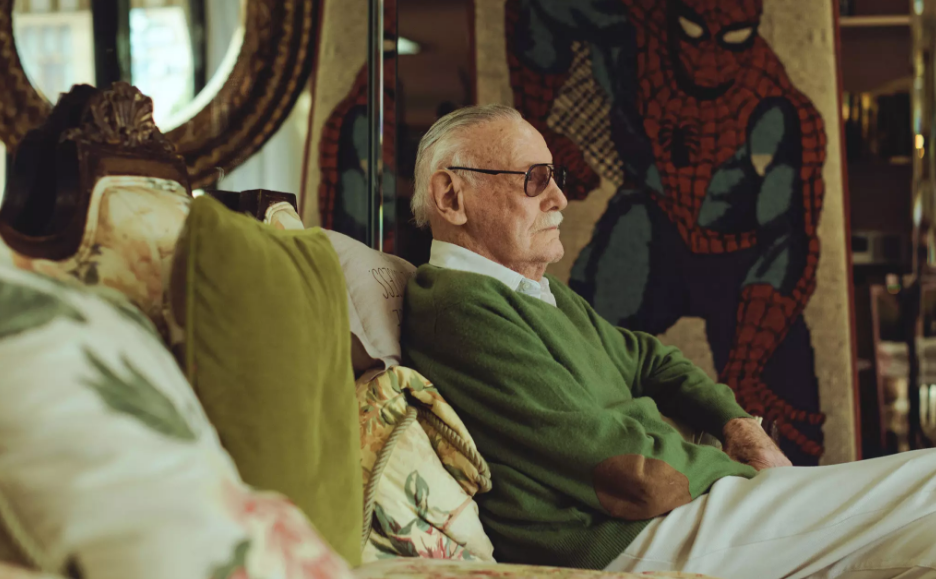 Stan Lee is the king of the heroes, but he may need some help. There’s been a lot of stories going around about him lately, alleging abuse by his daughter, fraud by his advisors, and even a possible movie featuring Leonardo DiCaprio as Stan Lee (that would be AWESOME!). But what’s the truth? Here’s what we’ve heard:

Stan Lee Needs a Hero: Elder Abuse Claims and a Battle Over the Aging Marvel Creator

The Hollywood Reporter recently published an article claiming that Stan Lee has been abused by his  67-year-old daughter J.C., and that some unsavory characters– Jerardo “Jerry” Olivarez, Keya Morgan and J.C.’s attorney, Kirk Schenck–had buddied up to J.C. with the intention of gaining control over Stan’s money and assets. Lee’s estate is estimated to be worth between $50 million and $70 million.

Apparently, these unsavory characters are keeping Stan locked away from the world and controlling his every move. According to the Hollywood Reporter, “Morgan and J.C. began consolidating their power over Lee. Mike Kelly, Lee’s assistant for nearly a quarter-century who used to come by the house most days for one-on-one meetings, was limited to weekly pre-approved and supervised visits. A new accountant (Vince Maguire, Tobey’s brother and Morgan’s friend) was hired. The housekeeper and gardener, who had been with Lee for decades, were sent packing. And a revolving door of lawyers were retained over six weeks until the pair introduced Lee to his current counsel, Jonathan Freund. Lee’s phone number has been changed, and his emails are being monitored and composed by Morgan.” Read the full Hollywood Reporter article here.

If this is true, it really sucks. The article says J.C. is a bad seed, indeed. Staff report seeing her verbally abuse her parents (her mother and Stan’s wife of 70 years, Joanie, died last year). She then allegedly physically bullied both parents, causing her mother to fall. She grabbed Stan by the neck and slammed his head against his chair. If this is true, someone needs to bend her over their knee and take a paddle to her, that’s for sure. Or better yet–throw her butt out on the road. There’s nothing that makes me more nauseous than to think about this entitled brat (a 67-year-old brat!) smashing her dad’s head.

Those three unsavory characters appear to be going for each others throats, now (ha! serves them right). As we all know, lowlifes and bottom-feeders will eventually turn on each other (which is happening). 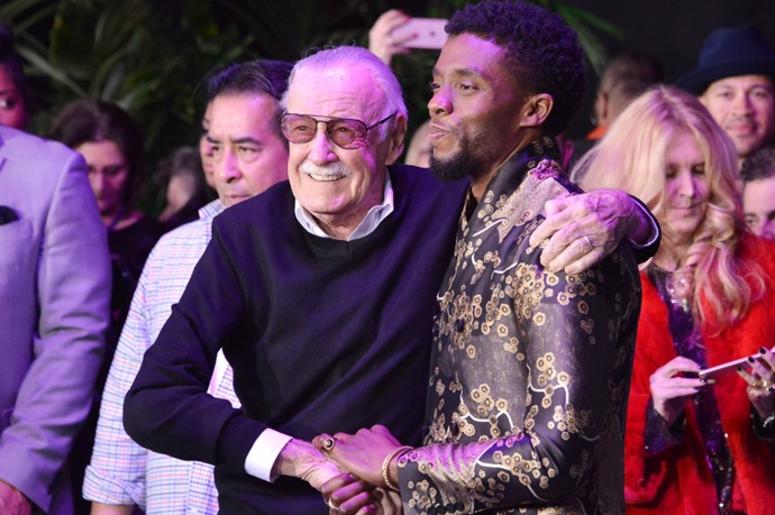 ‘Picked Apart by Vultures’: The Last Days of Stan Lee

The bad news about Stan was also reported in The Daily Beast website, which said, “Instead, seven months after the death of Joan, his wife of almost 70 years, beset with pneumonia, the apparent victim of gross financial malfeasance and surrounded by a panoply of Hollywood charlatans and mountebanks, he may be facing his greatest challenge, every bit the equal of any of the psychologically flawed superheroes he helped shepherd into being. According to one insider with working knowledge of Lee’s current situation, “It’s a real !$%@ing mess over there. I think his money will be gone in a few weeks… Stan and [his daughter] JC are literally being picked apart by vultures.” Read full Daily Beast article here.

Say it ain’t so! In recent months, there’s been an unauthorized check for $300,000 written from Lee’s business account without his knowledge to Hands of Respect, a “merchandising company” run by Lee and Jerry Olivarez (one of those “unsavory characters”). Almost the entire article details how Olivarez is a swindler and a crook (allegedly–cue the lawyers) and is taking Stan for all he’s got. C’mon, can’t someone throw that crook in jail?

An Open Letter to the Fans from POW! Entertainmenthttps://t.co/fvpdZwoIRl pic.twitter.com/MutT19JqFo

Is Stan Lee Being Held Prisoner by Real-Life Villains?

This past week, however, the New York Times gave us a somewhat different account of the situation. In response to the allegations in the Hollywood Reporter article, they decided to pay a visit to Stan the Man. And to everyone’s surprise, they found him to be relatively happy, lively, and–in his words–very much “free.” (Of course, one of his evil handlers was lurking right beside him–Keya Morgan!

According to the Times, “Since his wife died last year, Mr. Lee’s household has been thrown into disarray, with three factions of once-trusted aides vying for control. Mr. Lee’s current gatekeeper is Keya Morgan, who has ousted former staff.

A former memorabilia dealer from New York, Mr. Morgan moved to Los Angeles as the executive producer of the mobster biopic “Gotti,” and now describes himself as a “producing partner of John Travolta.” Sitting at Mr. Lee’s side, he was dressed in a black suit and tie, black bowler hat and dark sunglasses, which he lowered on his nose to see indoors.”

So, let me get this right–Morgan was there the whole time during the Times’ interview? Didn’t they find this a bit odd? But, according to the Times, Stan says he’s never had more freedom. He says all the rumors about him being held captive are false.

Does DiCaprio Want to Portray Stan In a Film?

Towards the end of the Times article, the reporter writes, “Mr. DiCaprio also wants to portray Mr. Lee in a film about the Marvel creator, according to Mr. Morgan, who accompanied Mr. Lee on a recent visit to Mr. DiCaprio’s house. (A spokesman for Mr. DiCaprio would not confirm this account of their conversation.)” Read the full NYTimes article here.

So, does Leo really want to portray Stan in a film? That would be VERY cool. And spot-on casting, I think…. but consider the source: Mr. Morgan.

Was the Times hoodwinked? Did they fall for the “charms” of Mr. Morgan? I’d expect a better expose than this, but instead all we got was a sit-down interview that was closely monitored by Morgan. Talk about creepy.

Of course, maybe the fact that the Times pointed out that Morgan provided the information about DiCaprio is the Times’ way of subtly telling its readers not to trust this rumor. Maybe. 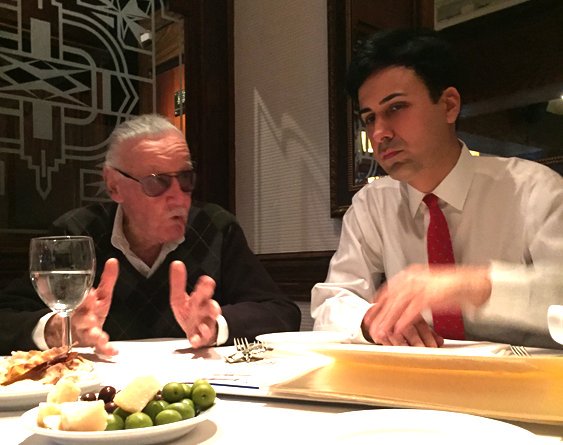 Our Take — SAVE STAN LEE!

There’s a hashtag going around that explains how a lot of people are feeling: #SaveStanLee. It seems apparent that Stan is being taken advantage of, in the very least. In his own words, his money situation is mess. All of his long-time staff have been fired (by Mr. Morgan). Lawsuit upon lawsuit is piling up. And his daughter seems to be party to the chaos.

What can we do? Make noise, and make a lot of it. If you see Stan at these conventions, tell him how much you care for him. If there’s anyone out there who is close to Stan, please make sure he’s taken care of. We, the fans, adore Stan and it breaks our heart to hear what he’s going through.

It seems so odd that Mr. Morgan is now his gatekeeper, his caretaker, and–probably–the manager of his trust.

I HOPE WE’RE COMPLETELY WRONG and Stan is in good hands. I hope for that. Perhaps Mr. Morgan really his cleaning house and getting rid of all the bad elements in Stan’s life. Perhaps. For some reason, I don’t think so.

Regardless, let’s pray for Stan. Stand for Stan. And let’s hope this all gets worked out. 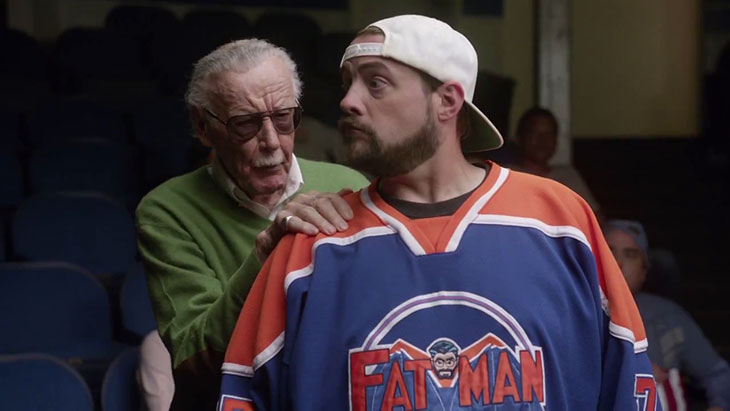 This is heartbreaking. We love you, @TheRealStanLee. You are always welcome to come live with me – or please let us fans buy you a new place to live. We miss you, sir. https://t.co/egR7Ijv2pi

@ThatKevinSmith has the right idea! Let’s get the fans & the @Marvel community behind this & get @TheRealStanLee a comfortable home to live with the quality of care he deserves! The man is a legend & an icon to comic book fans across the globe. Let’s do what’s right! #savestanlee https://t.co/s0tVR8sBoX

#SaveStanLee #StandByStan How *NOT* to run a convention #SVCC #SVCC2018 #KeyaMorgan https://t.co/z1gxZHqAe7 (FYI Dealers you are RUINING this hobby & experience by doing this) #ElderAbuse #dementia

Boycott any con that has a @TheRealStanLee scheduled. It is our responsibility as comic fans to stop the miss treatment of Stan. We have to speak up as a community. Let @ThatKevinSmith take care of Stan. #savestanlee @Marvel

Just found out that Stan Lee is most likely being abused by none other than his own daughter, JC lee. If the allegations are true, the man who created so many iconic hero's, is in desperate need of one now. #SaveStanLee