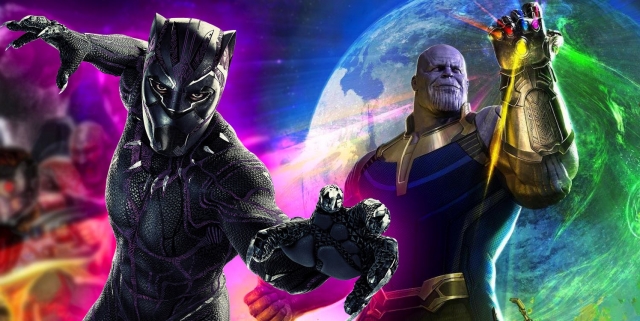 From DEADLINE:
At this point in time, Avengers: Infinity War is outstripping the first day 24-hour ticket sales of both Batman v. Superman: Dawn of Justice, Fandango’s previous superhero first day advance-ticket seller, and Black Panther. Back in January when we noticed that Black Panther was beating Captain America: Civil War as the highest Marvel pre-seller in 24 hours, we were cautioned by analysts about making lofty box office opening projections given the anomaly that the Ryan Coogler-directed was. No one believed a deeper universe character such as Black Panther would overindex to such great heights. But indeed, Black Panther beat the 3-day opening of Civil War,  $202M to $179.1M.” Full article here >>>

–97% can’t wait to see how dozens of heroes work together in the same film
–94% are excited to see different franchise characters (Guardians, Avengers, etc.)  meeting one another for the first time.
–92% see “Infinity War” as the culmination of all of the MCU films before it.
–87% have seen all of the MCU movies.
–71% saw Black Panther on the big screen.
–60% claim Black Panther made them even more excited to see Avengers: Infinity War.