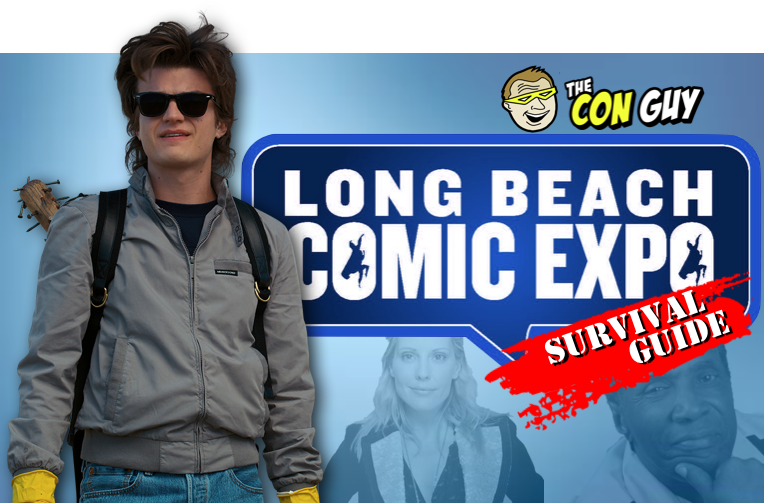 It’s the 2018 LONG BEACH COMIC EXPO. This twice yearly (the fall edition is called Long Beach Comic Con) descends each year on the beautiful ocean-front Long Beach Convention Center. The setting is beautiful and the Con is truly accessible. Check out our Comic Con Prep Show for some details on having the best time. Watch here: 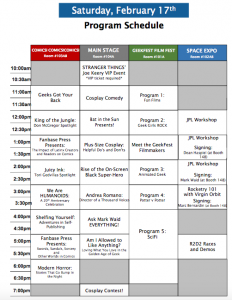 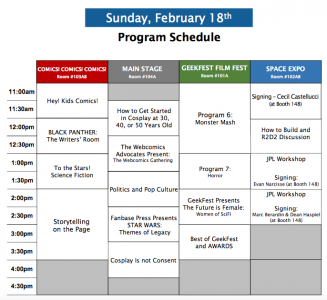 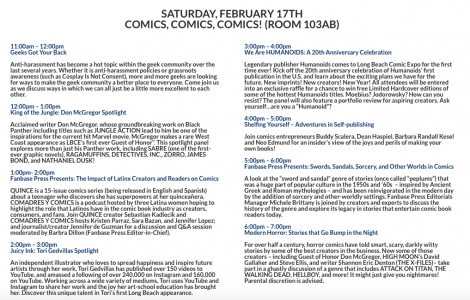 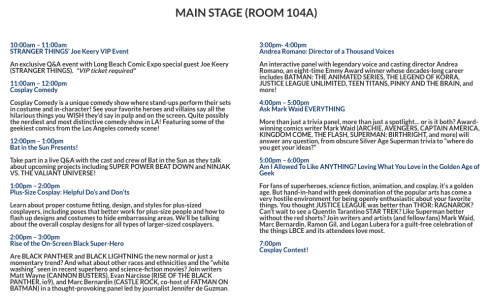 Here are some tips we’ve gathered to help you get the most out of Long Beach Comic Expo.

Five Reasons to Check Out Long Beach Comic Expo
Maybe you’re here for the rising indie voice that spits fire on Twitter, perhaps it’s about running down that comic artist from that one book back in the day or dare I say you’re here to soak up some of the pop culture conspiracies bounced around the convention floor. If this is you then here are five reasons to visit the expo, running February 17-18. Read full Long Beach Post article here >>>

Get Your Discounted GOLDSTAR Tickets
Get your geek on at the Long Beach Comic Expo, which runs the gamut from comics and cosplay to action figures, gaming, anime, manga and beyond. Discounted Weekend and Sunday tickets still available. Click here for complete information >>>

COSPLAYERS ✨You’ve spent hours researching, designing, sewing, gluing, and duct-taping your costumes, now it’s time to strut your stuff and show everyone the result of your hard work!
Show starts tomorrow at 7PM on the Main Stage! pic.twitter.com/PSv4WGnhWY

The Only Living Boy Special @LongBeach_CC Edition available this weekend only. 100 copies ever! Find us at Booth 614 at the show! pic.twitter.com/OYLTh7ogxt

Attack of the Southern Fried Zombies @realKudzuZombie from Gravitas Ventures, starring @MosesMoseley & Escalante Lundy will be appearing in SOCIAL SQUARE all weekend!
Be sure to get your tickets to #LBCE2018 now and meet & greet the cast of this upcoming thriller. pic.twitter.com/WNmLZguikI