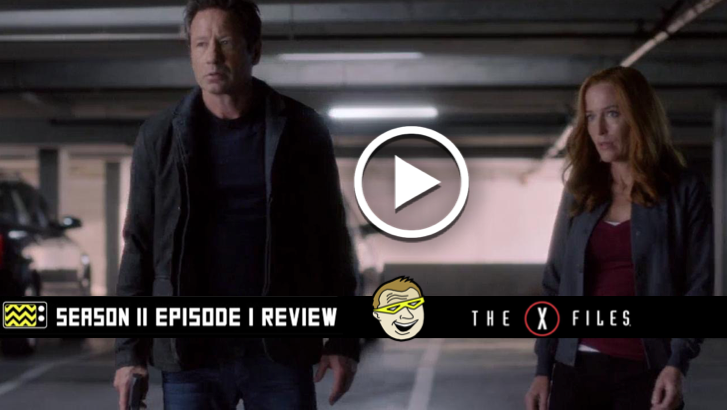 We gotta talk about that X-Files Season 11 premier! MAN, I was not expecting that. The Con Guy Show is seen on Monday nights on The PopcornTalk Network. Our sister network, Afterbuzz, hosts hundreds of “after-shows” about all of your favorite TV shows. For the next 10 weeks, The Con Guys will be featured guests on THE X-FILES AFTER-SHOW each Thursday night! Here is our first episode, Season 11, Ep. 1. ENJOY!

Opinions are running wild. Here’s just a taste of fan reaction to the season 11 premiere episode, My Struggle III.

Did anybody just get blown away by the opening of the Xfiles? #xfilesseason11

Me after last night’s episode, which I absolutely hated. And I’ve been a diehard fan since the first episode. #XFiles #xfilesseason11 pic.twitter.com/r2ZzMp8sZ3

Of all the things happening in the world right now what I’m most outraged about is that X files premiere. #xfilesseason11 #furious

Is that twist to the #xfilesseason11 opening credits teasing a major twist to the series? https://t.co/54eB6EE7qx pic.twitter.com/cO4fJSCRLr