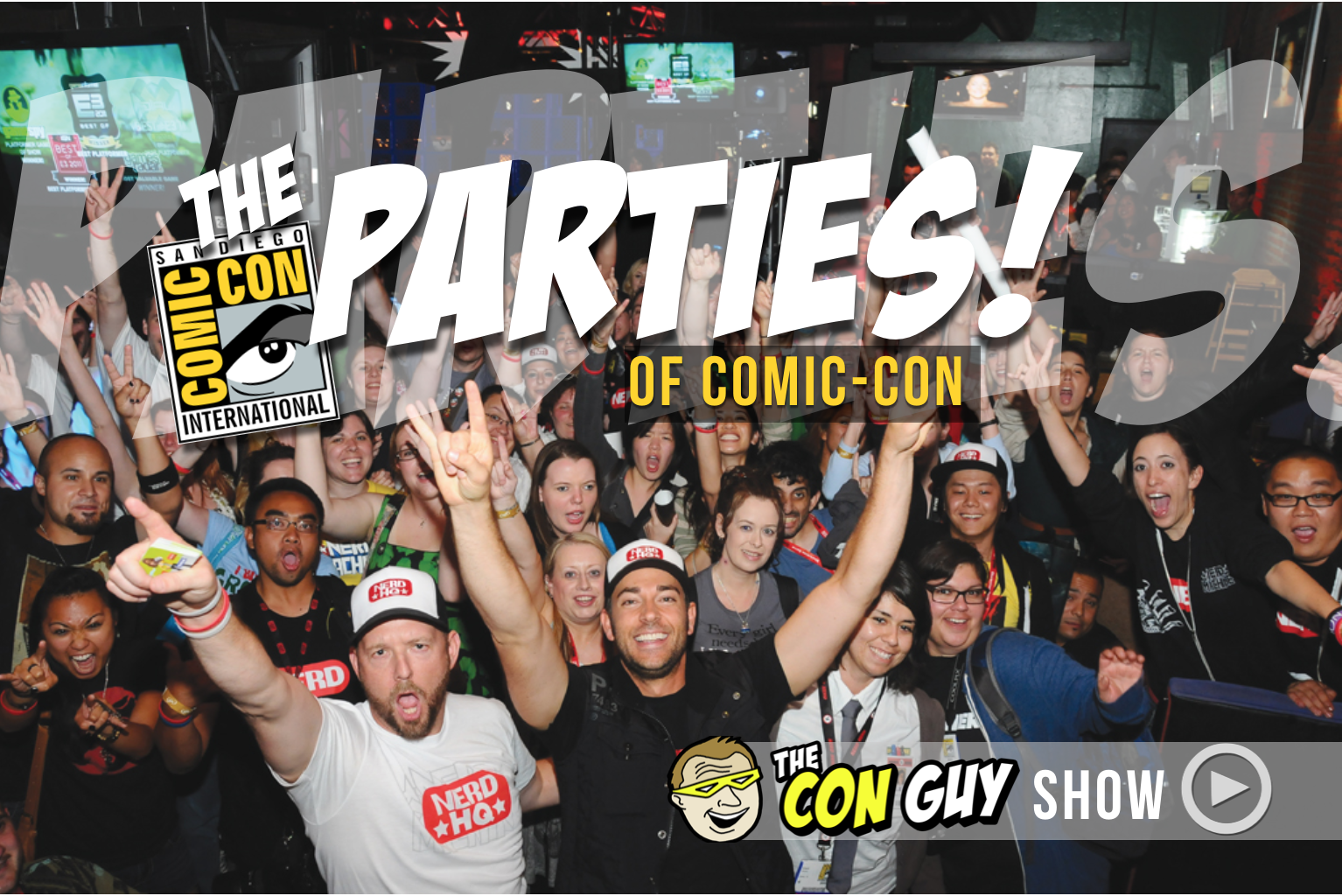 TONIGHT, we go over all the parties at San Diego Comic-Con… DON’T MISS THIS EPISODE if you want to find out the best places to throw down when the sun’s down… WATCH TONIGHT! And after the show, we’ll have the complete list of parties listed down below.

Alright all you party people, the list is out! Here are the parties that are groovin’ their way to San Diego Comic-Con this year. Take note — and best of luck trying to score tickets.

2 thoughts on “PARTY TIME!!! THE ULTIMATE LIST OF PARTIES at SAN DIEGO COMIC-CON”