Ah, the FANS AWAKEN… just like clockwork! It was announced today that the next installment in the Star Wars Skywalker saga is to be called Star Wars: The Last Jedi! Almost immediately after the announcement, the chatterbox of fan theories exploded. The biggest question, of course, is, “Who is The Last Jedi?” Here are the best answers we can glean from our hypersonic cruise around the blogs and newspapers of the galaxy. Let’s open that chatterbox…. 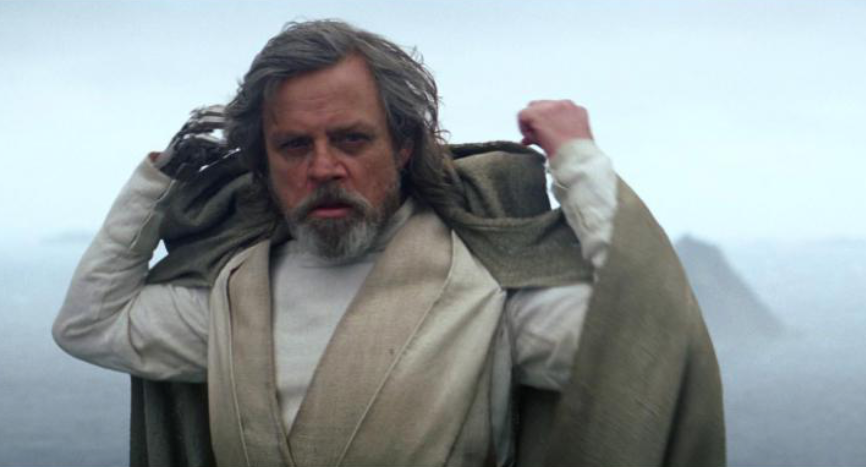 Luke Skywalker, of course….this is the most obvious answer, especially since Yoda personally refers to Luke as the last of the Jedi back in Episode VI, Return of the Jedi. Here are some theories about Luke…

QUARTZ MEDIA: It’s Luke Skywalker. This is the most obvious answer. The hero of the original Star Wars trilogy, and the guy whom the entire Star Wars universe seemed to be looking for in 2015’s The Force Awakens, Luke Skywalker is referred to as “the last Jedi” in the opening title crawl of the most recent film. Indeed, his father eradicated almost all the other practicing Jedi 20 years before Luke was born, and the others died during the course of the earlier Star Wars movies. Read full article here >>>

Washington Post: Last we saw Luke Skywalker, young Rey had finally found him living like a recluse on Ahch-To at the end of 2015’s “The Force Awakens.” Now, perhaps, will he stand as the last Jedi? Read full article here >>> 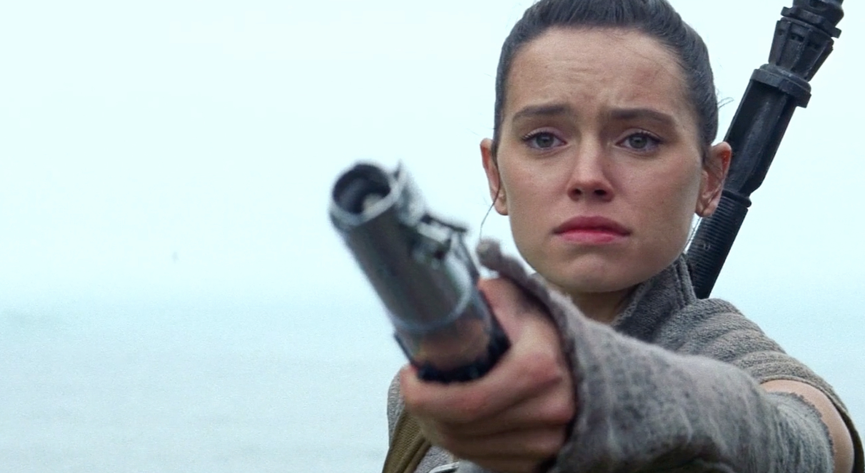 Rey. Yeah, yeah, this is an easy guess. Why? Well, did you see Force Awakens and all the Jedi mind-tricks and light saber badness that Rey pulled off? We can’t help but think she’s got some Jedi in her blood (not midichlorians!). Of course, if the title refers to Rey, that may portend some not-so-cool consequences:

INVERSE: But fans will also no doubt remember that The Force Awakens referred to the subconscious Light side of the Force that emerged in Jakku scavenger Rey, leading literally everyone to speculate on what that meant in relation to her mysterious parentage. When she showed on the secluded island of Ahch-To with Luke’s old lightsaber in tow, she offered it up to the exiled Jedi as if to initiate her Force training. If the title refers to Rey alone, that would seem to indicate that Luke Skywalker won’t live beyond Episode VIII. Read full article here >>> 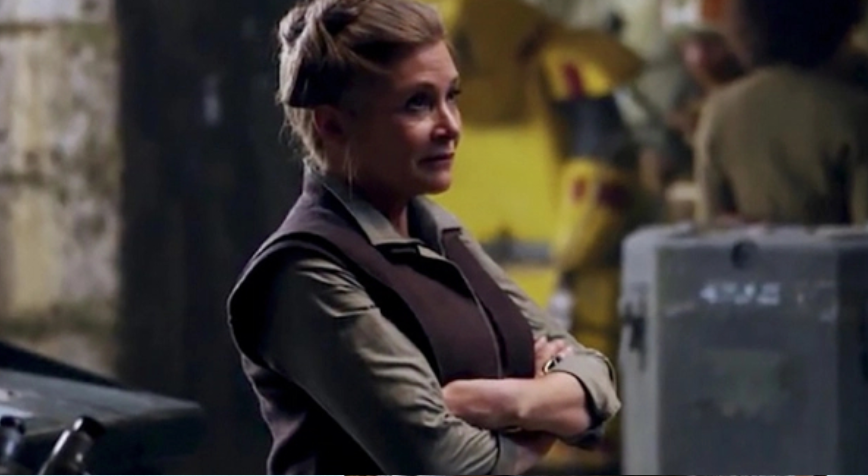 Leia. We lost our dear, dear precious Carrie Fisher just a few weeks ago, which throws into question the rest of the saga. According to reports, Fisher had completed all her scenes for Episode VIII, but Episode IX was also planning to use her in many scenes. Lucasfilm says that Fisher’s likness will not be a CGI creation in Episode IX. So there’s no telling where her story ends.

According to QUARTZ: There’s no indication in The Force Awakens that Leia has followed in her brother’s footsteps with the ways of the Force. But Yoda, on his deathbed, tells Luke in The Return of the Jedi: “Luke, when gone am I, the last of the Jedi will you be. Luke, the Force runs strong in your family. Pass on what you have learned, Luke.” Full article >>> 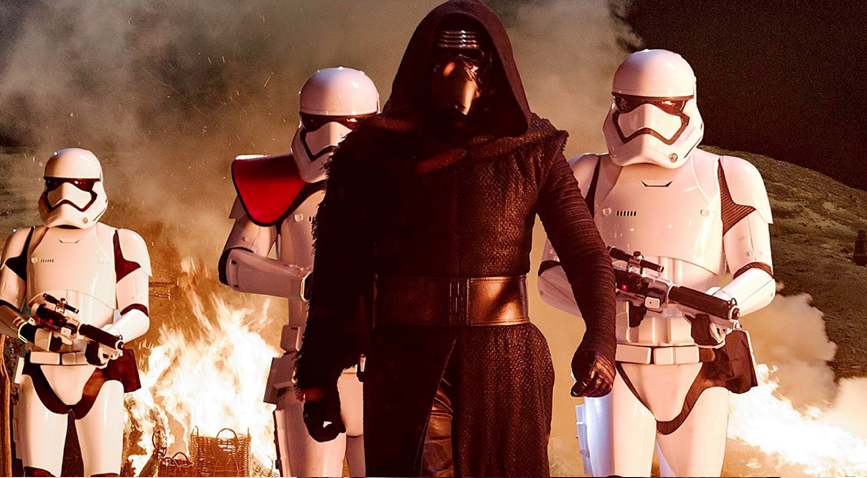 Kylo Ren! Yeah, yeah, this one is gaining traction because the–of all things–the color scheme of the title. It’s red. We’ve never before seen a Star Wars title written in red except maybe the banned poster for Revenge of the Jedi. What does red have to do with anything? It’s the color of Sith light sabers–specifically, it’s the color of Kylo Ren’s light saber. Sound far-fetched? Read on…

IGN: But what if the last Jedi turn out to be Luke, Rey… and Kylo Ren. We know that the former Ben Solo has been conflicted about his turn to the Dark Side — he even moans and groans to his grandpa’s old helmet about it in The Force Awakens! Perhaps this film will see Kylo Ren taking the reverse course of Anakin, however. Whereas the prequel films set up Anakin as the great Jedi who would fall from grace, and the original films set up Luke simply as the boy who would become the savior of the Jedi, perhaps Kylo/Ben will be the Dark Force user who returns to the light side and assumes his rightful place at his uncle’s side as one of the last Jedi. Read full article here >>>

Pop Sugar: If you eliminate Luke and Rey, Kylo Ren is another prime suspect. Not because he could become the last Jedi, but more that he once could have been the last Jedi. Let’s trace back to the brief backstory mentioned in The Force Awakens. According to the film, Luke had been training a new generation of Jedi when Ben Solo, the son of Leia and Han, fell under the influence of the evil Supreme Leader Snoke. Ben Solo became Kylo Ren and destroyed Luke’s attempts at training new Jedi, thus causing his self-imposed exile. If Kylo Ren was among the last known group of up-and-coming Jedi, Episode VIII could focus on him. Read full article here >>>

Here are some other new items…. most of them pretty much say the same thing:

New York Times
What we know about The Last Jedi: There’s been a disturbance in the Force, and we’re not talking about Jar Jar. Full article >>>

Gamespot
What does The Last Jedi title mean? Does the title suggest there will only be one single Jedi left? A common debate has been: Is Jedi singular or plural? Full article >>>

The Hollywood Reporter
What Star Wars: The Last Jedi does as a title is suggest that the next movie will foreground that element and use it as a springboard for whatever comes next. And if it manages to spark off a hundred excited theories about potential meanings in the run up to the movie’s release, then that’s just more proof that it’s a well-chosen title doing the job of getting people talking. Full article >>>

And before you hyper-drive into 2017, maybe take a look at our wrap-up video podcast show of 2016. Rollicking good times!