Have you secured a place to stay yet while you’re down at San Diego Comic-Con 2016? According to Comic-Con International, they still have a number of discounted rooms available. None are downtown, but the shuttle runs 24 hours per day and is a great resource.

From CCI: “Not only are our rates significantly discounted, some hotels include amazing extras like breakfast. In addition, most hotels are on the Comic-Con shuttle route. Comic-Con provides complimentary, 24-hour shuttle service between most hotels and the San Diego Convention Center. We currently have 17 great options to choose from. Book now – these rooms won’t last.”

Here’s what they have available: 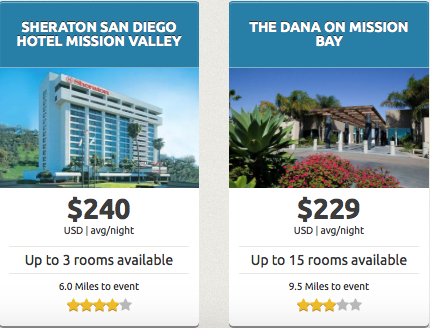