GeekFest has an entire bevy of films and web series on tap for you to see, everything from Bigfoot, to Zombies, the Comic-Con trips to reimagined super-hero origin stories. There’s something for nearly every corner of Geek Fandom.

To help you get a better grasp on what’s in store, The Con Guy got an advance screening of many of the films. Although we can’t really tell you if you’ll like them—because we all like different aspects of Geek-dom—but we can help fill you in on what to expect. So, we assigned ratings to each film using the following categories:

CHEESE-O-METER: On a scale of 0 to 5, with 5 being super-cheesy, we rate each film on its cheese content.

GEEK-O-METER: We rate each film according to how much it features things that cause excitement in the geek universe. It’s on a scale of 0 to 5, with 5 being super geek-tastic (kind of like if Joss Whedon got Sarah Michelle Geller to do a Buffy limited series).

SLASH-O-METER: The parents television council will thank us (as will all you horror fans!). Here, we rate the level of violence. Five bloody knives, of course, is up there in the Evil Dead zone, whereas 0 is closer to My Little Pony.

LAUGH-O-METER: Do we bust our guts laughing, or is the film more serious?

KICK-A$%-O-METER: This is pretty self-explanatory. A 5 would denote films like Underworld or the first Matrix, or anything Tarantino, whereas a 0 is more like Wizard of Oz (although Dorothy laid down some smack on those witches).

Then, at the bottom of each rating panel, we include a short explanation of things to expect. LOG IN and tell us how we’re right. How we’re wrong. Or how you’d rate it differently. 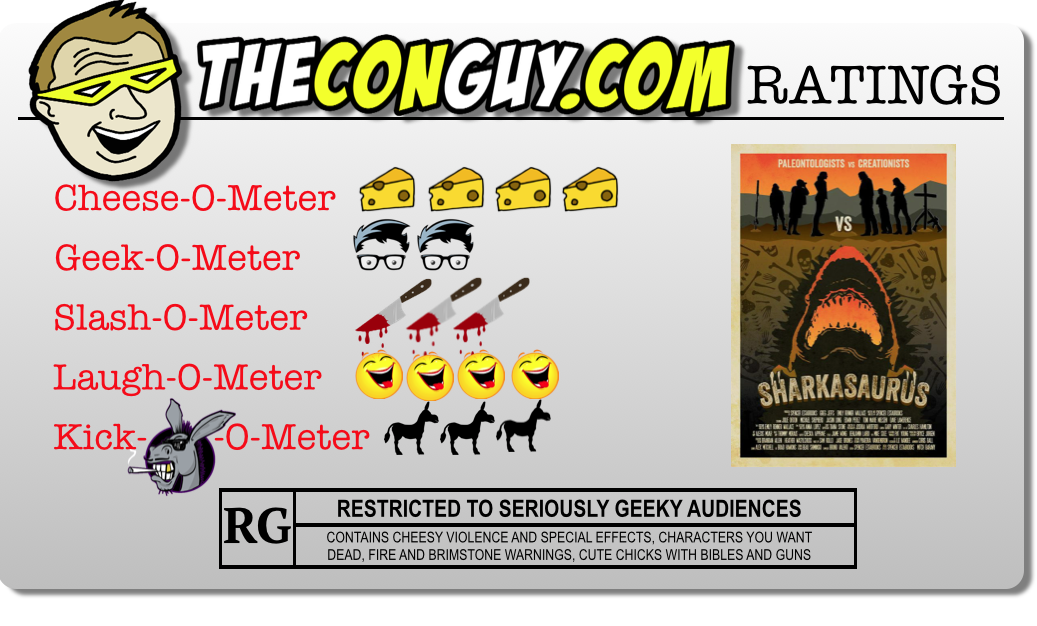 ACTING DEAD
Web Series. Acting Dead (Director David Allen Morgan , 8 mins) What if your only way to be cast in any of the ever growing zombie films and tv shows was to…actually become one? Shawn of the Dead meets Arrested Development in this new zombie comedy about going six feet under to get to the top. 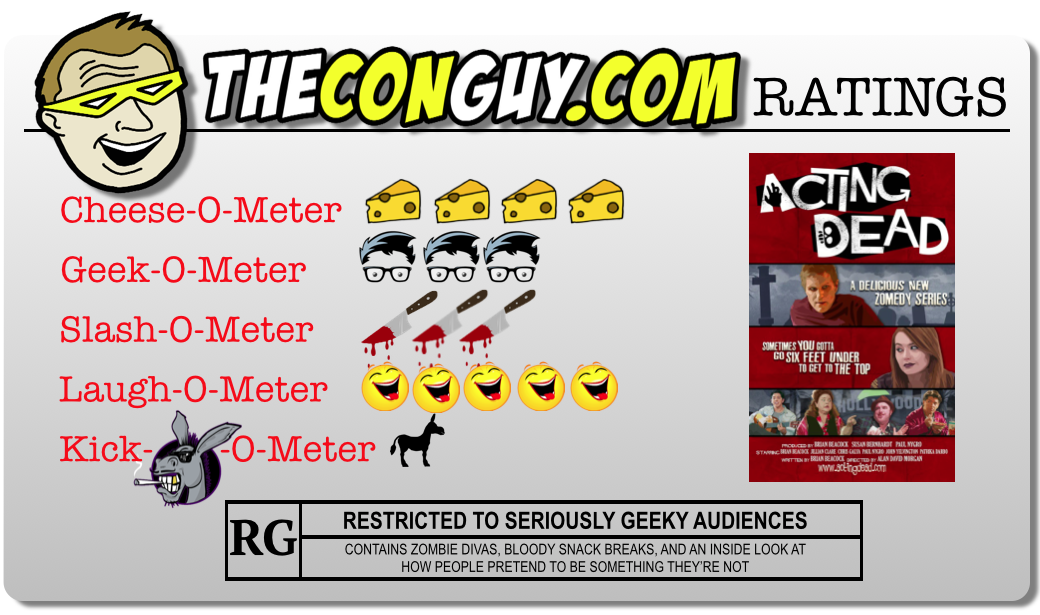 THE BIGFOOT HUNTERS
Short Film. The Bigfoot Hunters (Director Matt Hausmann, 28 mins) The president of the USA has been kidnapped by Bigfoot! Now, a group of misfits must bond together and form an alliance to eliminate their worst fear and save mankind. 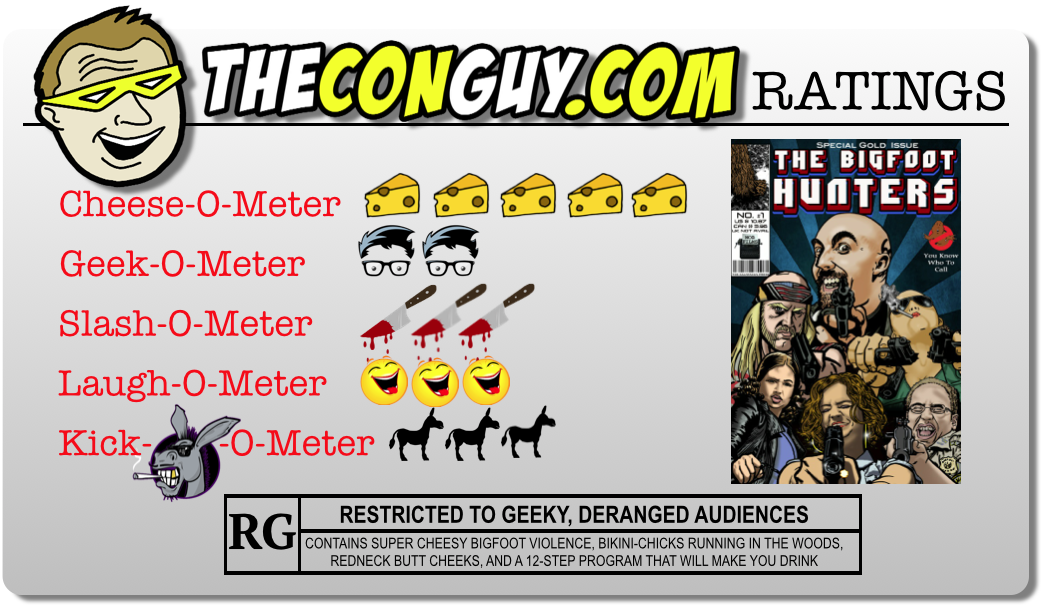 NIGHTWING: PRODIGAL
Web series: Nightwing: Prodigal  (Director Matthew Campbell, 11 mins) Nightwing returns to Gotham City to solve the disappearance of his mentor, Batman- but runs into a new threat, the Court of Owls, who unleash Gotham’s worst to stop him. 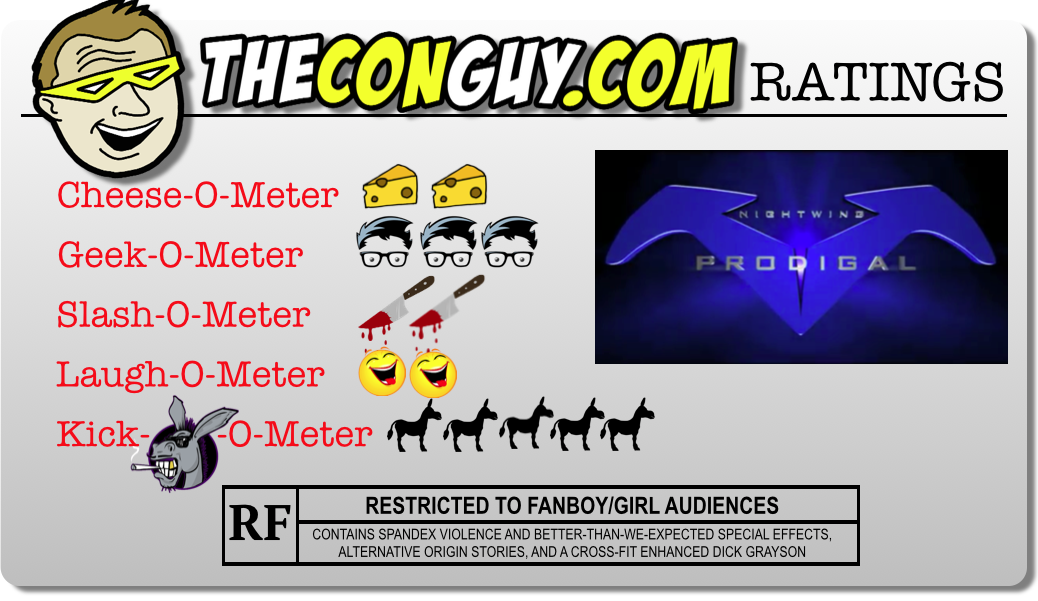